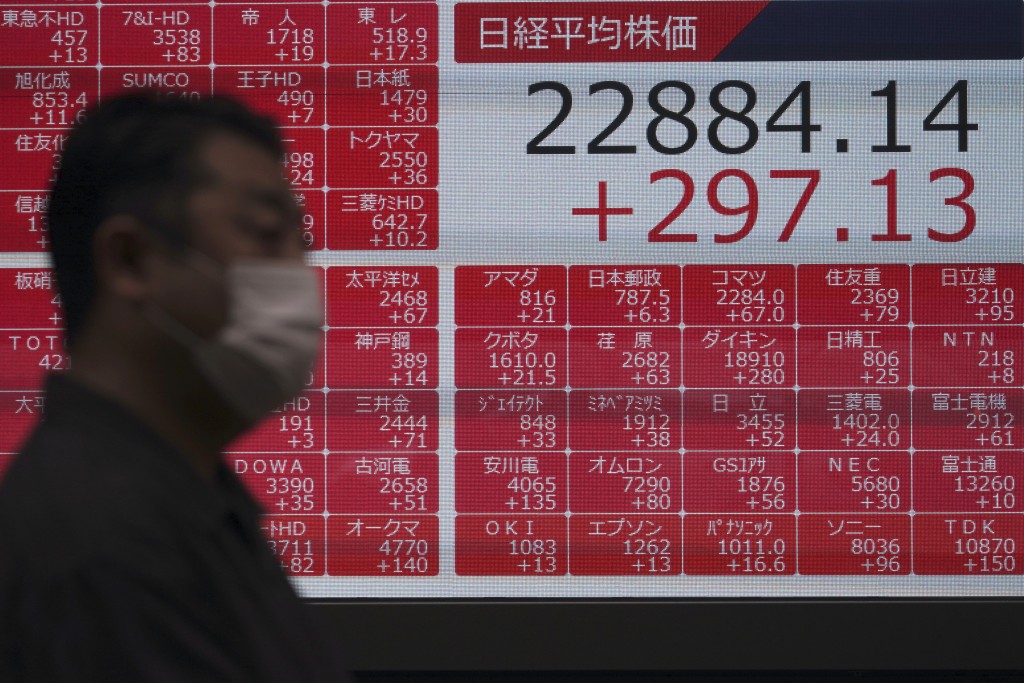 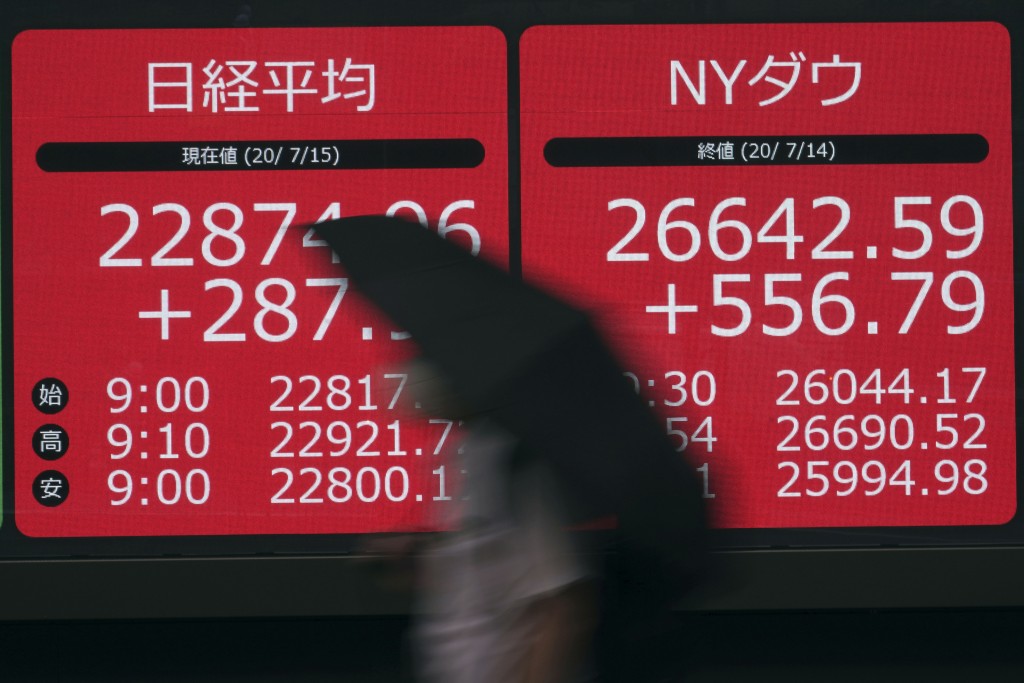 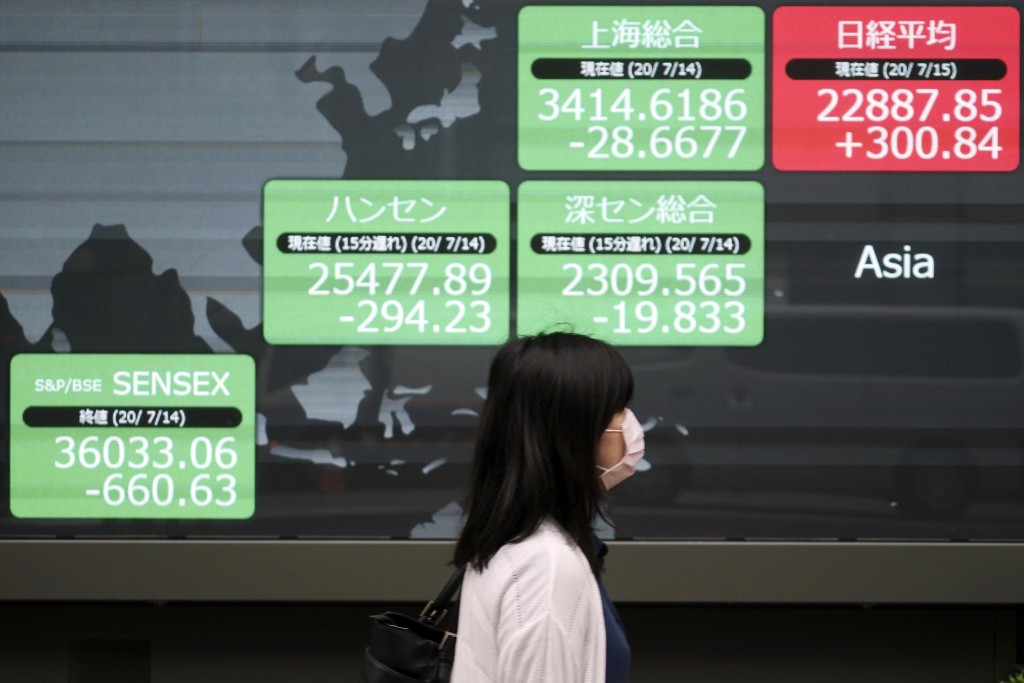 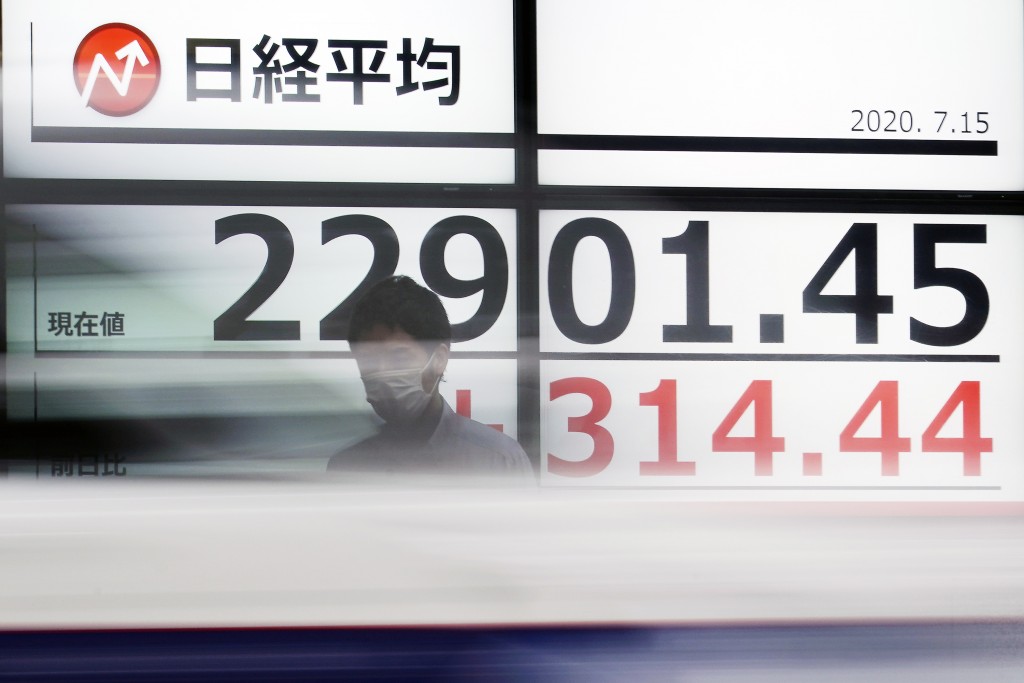 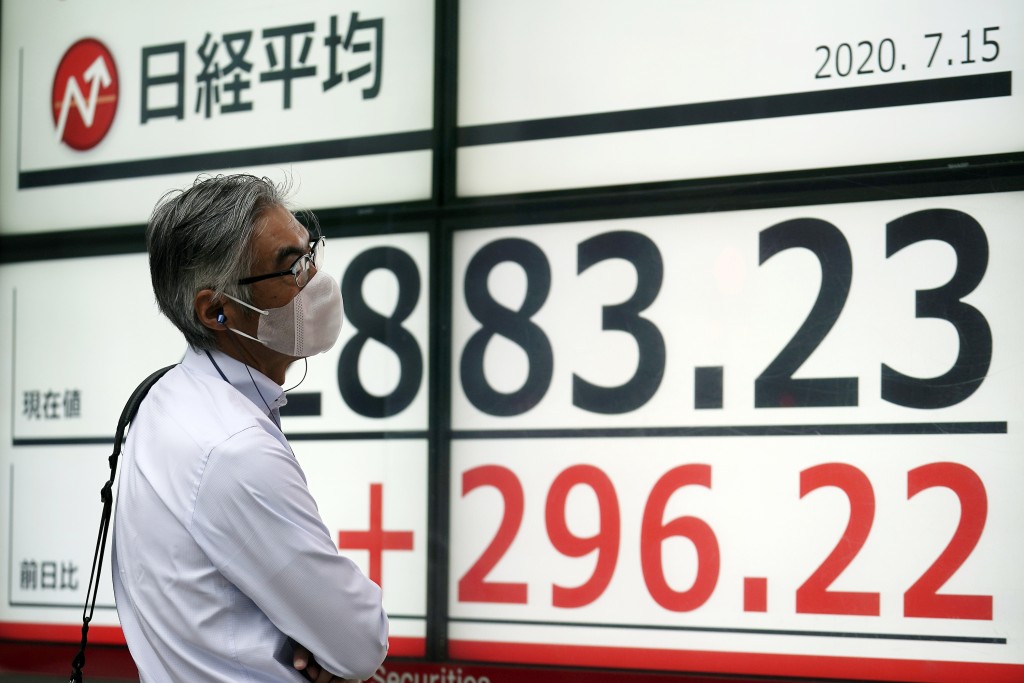 Shares were mostly higher in Asia on Wednesday as investors were encouraged by news that an experimental COVID-19 vaccine under development by Moderna and the U.S. National Institutes of Health revved up people’s immune systems just as desired.

The Bank of Japan kept its ultra-easy monetary stance unchanged as it wrapped up a policy meeting. It forecast that the economy would improve later in the year, assuming there is no major “second wave" of outbreaks of the new coronavirus.

But the central back acknowledged very high uncertainties over the outlook for the world's third largest economy. The bank's growth forecast for the year was downgraded to minus 5.7%- minus 4.5% from the earlier forecast of minus 5%-minus 3%.

The report also raised the issue of financial stability, noting that the “vulnerability of the financial system could increase,” said Marcel Thieliant of Capital Economics.

Investors are awaiting April-June economic growth data for China, which is due later in the week.

The focus for now was on news that scientists soon will begin a 30,000-person study to see if the experimental vaccine developed by Moderna and the NIH is strong enough to protect against the coronavirus.

News about the vaccine came after the end of trading for U.S. markets, where after another day of unsettled trading the S&P 500 rose 1.3% to 3,197.52. The Dow Jones Industrial Average added 2.1% to 26,642.59, lifted by gains for UnitedHealth Group and Caterpillar, among others.

Upbeat earnings news is helpful, “But the cherry on top has to be the positive virus vaccine update as optimism on the vaccine is more than a show stopper. Its the ultimate recession stopper," Stephen Innes of AxiCorp said in a commentary.

“The positive coverage on a potential Covid-19 vaccine represents a rotating carousel of positive news that is overwhelming rising virus cases in the U.S.," he said.

On Wall Street, big tech-oriented stocks lagged behind, holding the Nasdaq composite to a more modest gain of 0.9% to 10,488.58.

The earnings reporting season has kicked off with three of the nation’s biggest banks painting a mixed picture of how badly the coronavirus pandemic is ripping through their businesses.

Like the broader market, financial stocks drifted between gains and losses for much of the day before turning higher in the afternoon. JPMorgan Chase, Wells Fargo and Citigroup said they collectively set aside nearly $27 billion during the second quarter to cover loans potentially going bad due to the recession.

The yield on the 10-year Treasury held at 0.63% after rallying back from a morning dip on Tuesday to 0.60%. It tends to move with investors’ expectations of the economy and inflation.