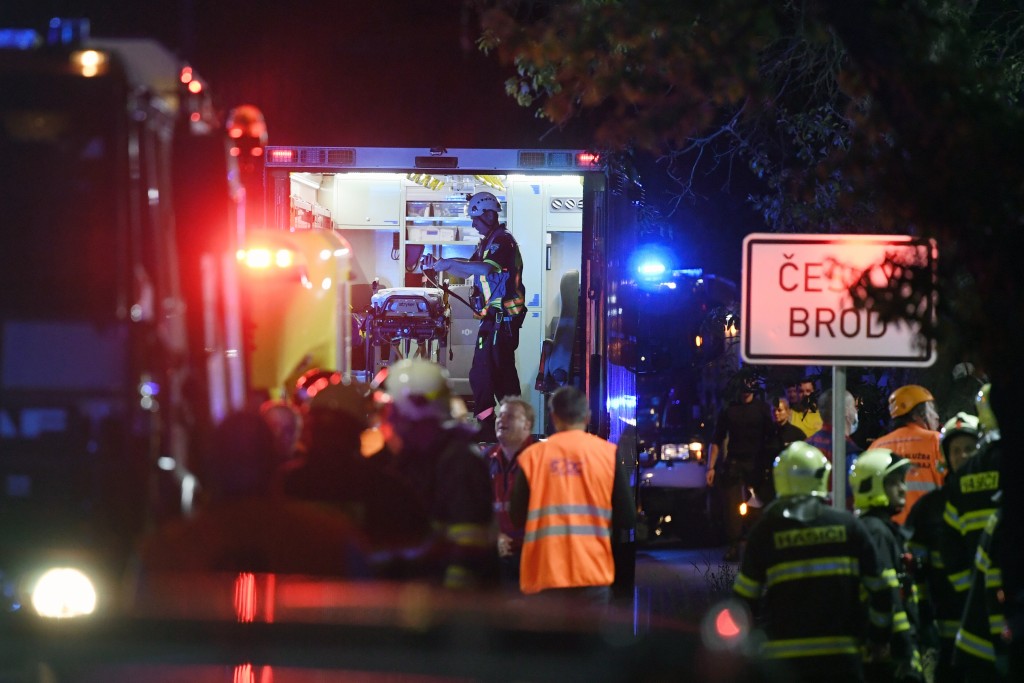 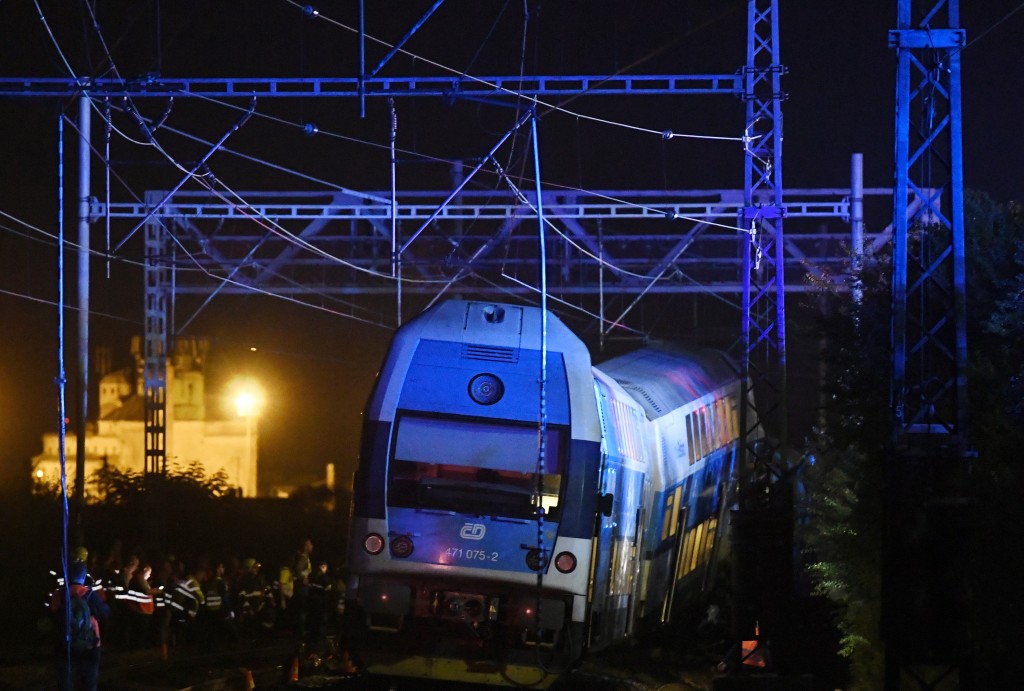 PRAGUE (AP) — A passenger train crashed into a freight train near the Czech capital, killing one driver and injuring dozens of passengers, officials said Wednesday.

The Czech Rail Safety Inspectorate said the driver of the passenger train's engine died in the crash near the station of Cesky Brod just east of Prague shortly after 9:30 p.m. (1930 GMT) Tuesday.

The inspectorate said the passenger train smashed into the standing freight train.

The regional rescue service said up to 35 passengers were injured. Some were transported to hospitals for treatment by helicopters.

There were about 100 people onboard.

The major track linking the capital with the eastern part of the country is expected to be closed until Wednesday noon, the Czech Railways said.

Authorities are investigating the cause of the crash.