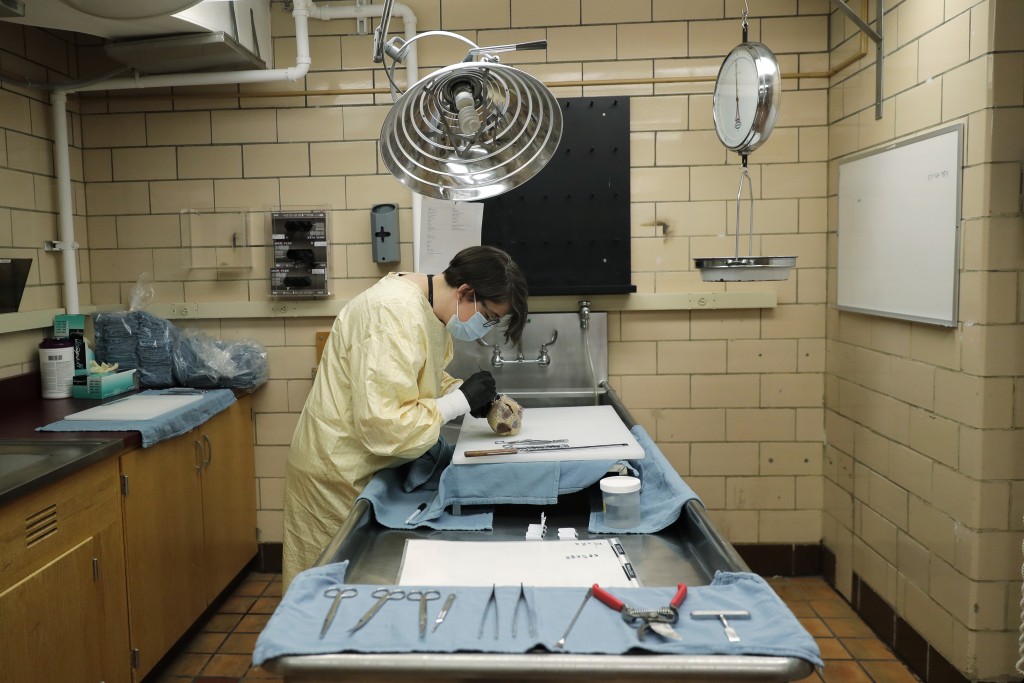 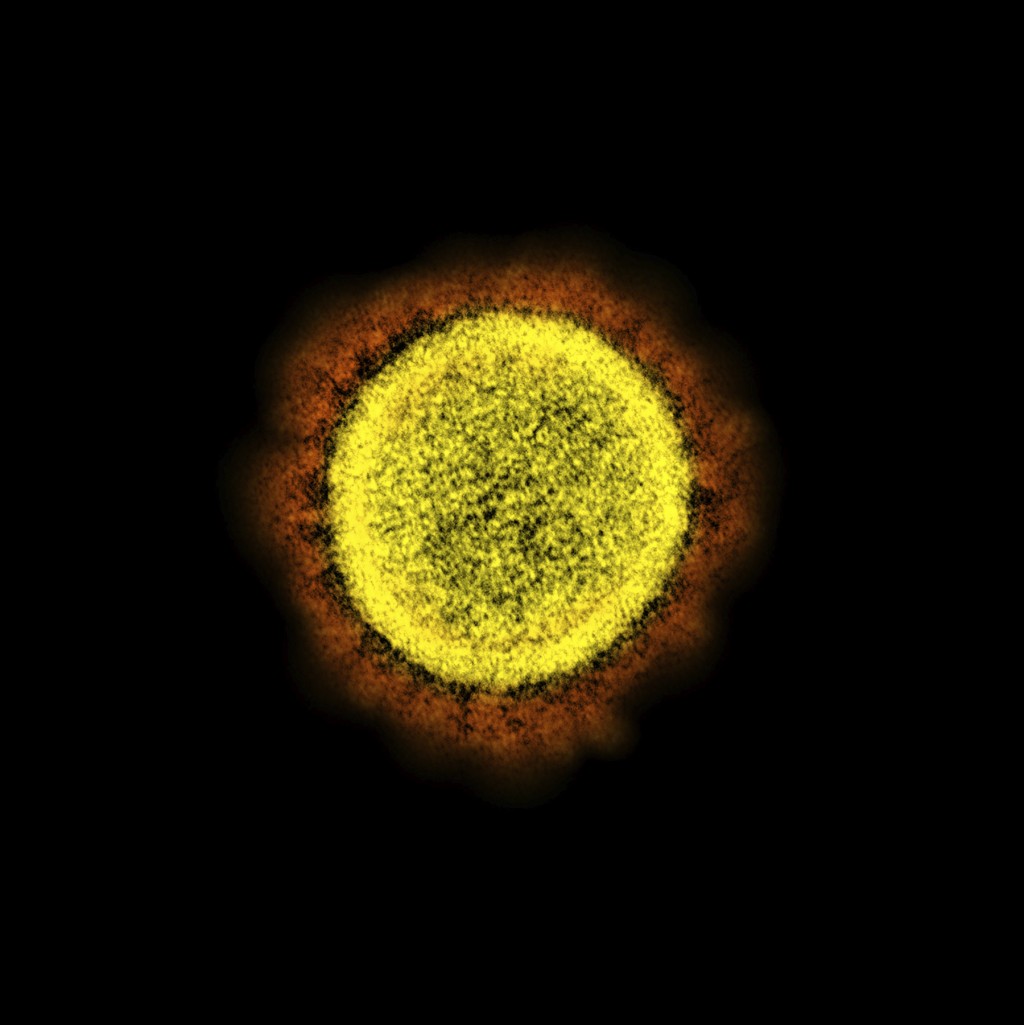 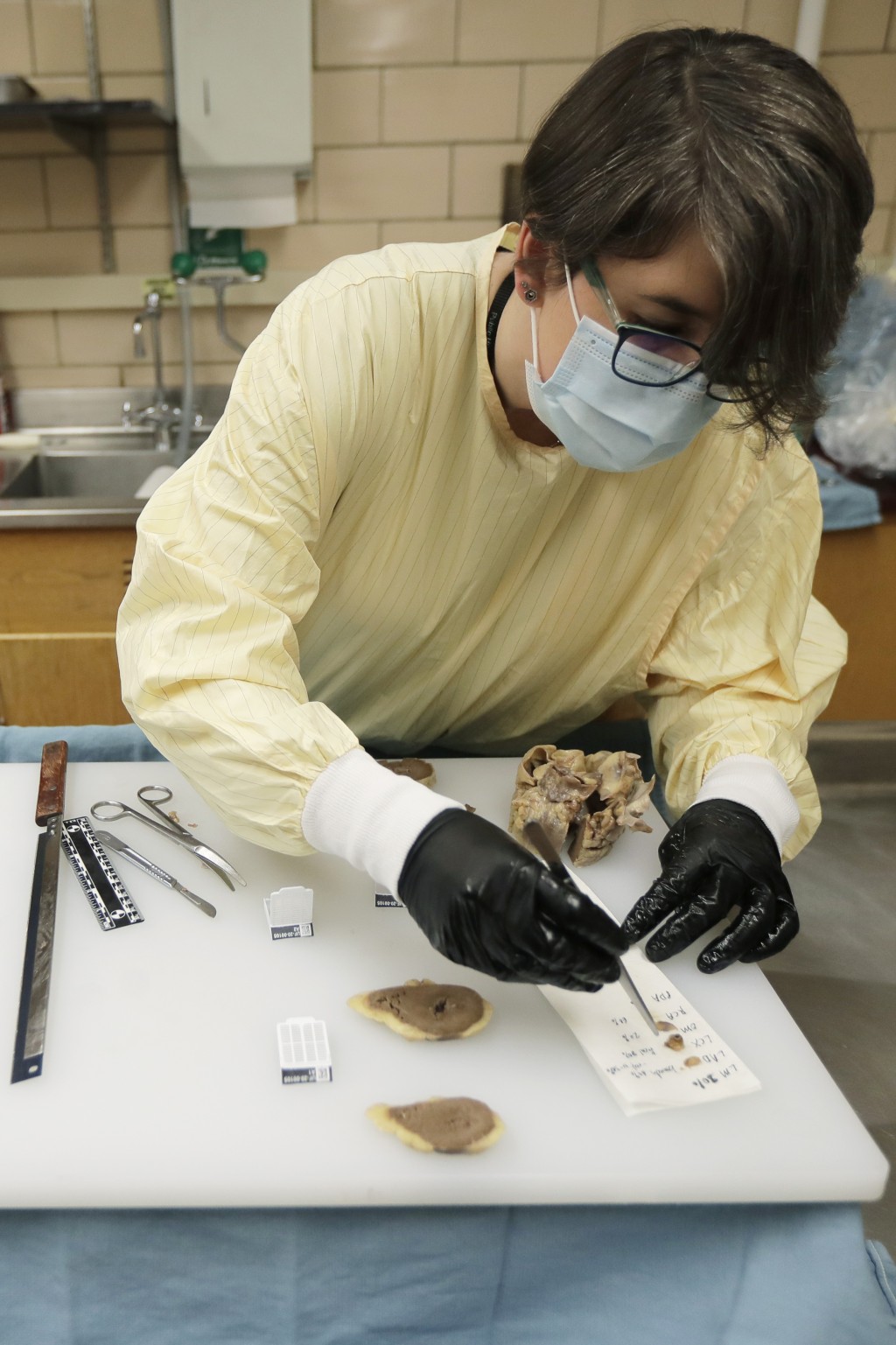 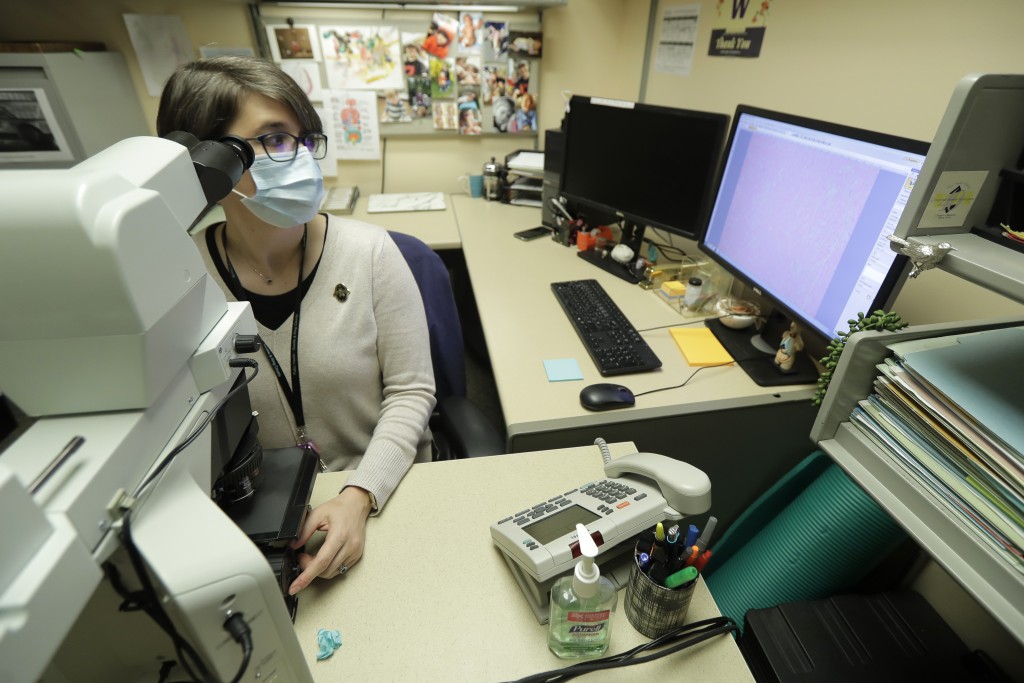 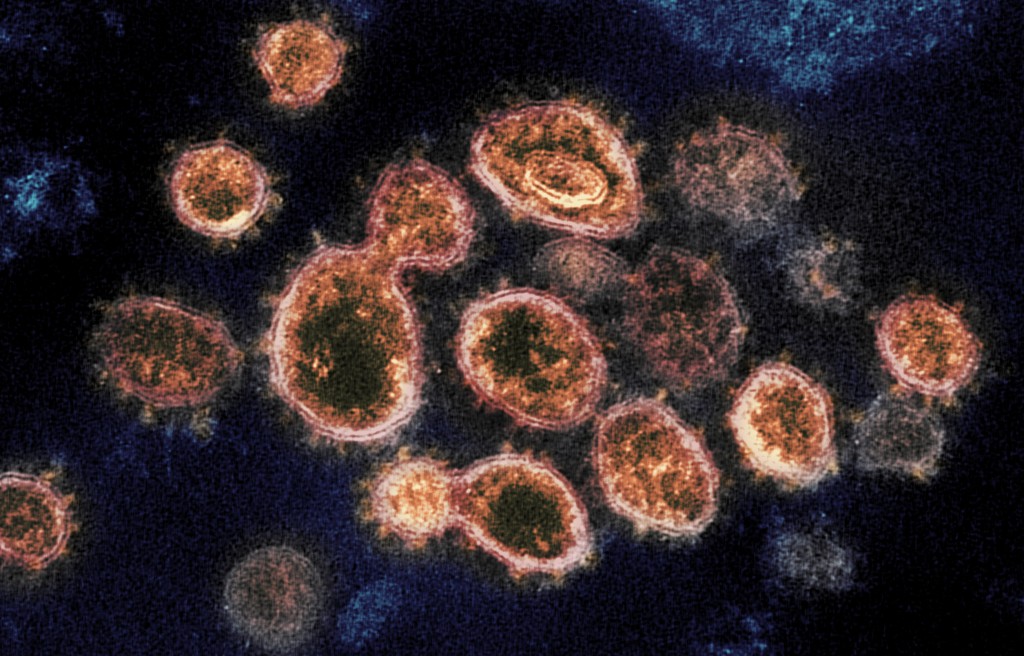 Seven months after the first patients were hospitalized in China battling an infection doctors had never seen before, the world has reached an unsettling crossroads.

Countless hours of treatment and research, trial and error now make it possible to take much closer measure of the new coronavirus. But to take advantage of that intelligence, we must confront our persistent vulnerability.

“It’s like we’re in a battle with something that we can’t see, that we don’t know, and we don’t know where it’s coming from,” said Vivian Castro, a nurse supervisor at St. Joseph’s Medical Center in Yonkers, just north of New York City, which struggled with its caseload this spring.

The coronavirus is invisible, but seemingly everywhere. It requires close contact to spread, but it has reached around the globe faster than any pandemic in history, causing economic upheaval echoing the Great Depression while claiming more than 570,000 lives.

Even those figures don’t capture the pandemic’s full sweep. Nine of every 10 students worldwide shut out of their schools at one point. More than 7 million flights grounded. Countless moments of celebration and sorrow reconfigured or abandoned for fear of infection.

In short, the coronavirus has rescripted daily life. And fighting it takes knowing the enemy, the essential first step in what could be an extended quest for normalcy.

“There’s light at the end of tunnel, but it’s a very, very long tunnel,” said Dr. Irwin Redlener, director of the National Center for Disaster Preparedness at Columbia University.

“I think it’s absolutely certain we’re going to be adapting to a new way of life. That’s the reality.”

The new coronavirus is roughly 1,000 times narrower than a human hair. But scrutinized through an electron scope, it is clear this enemy is well-armed.

Coronaviruses, including the newest one, are named for the spikes that cover their surface like a crown, or corona in Latin. Using those club-shaped spikes, the virus latches on to the outer wall of a human cell, invades it and replicates, creating viruses to hijack more cells. Find a way to block or bind the spikes and you can stop the virus.

Once inside a human cell, the virus’ RNA, or genetic code, commandeers its machinery, providing instructions to make thousands of virus copies.

But the coronavirus has a weakness: an outer membrane that can be destroyed by ordinary soap. That neutralizes the virus, which is why health experts emphasize the need to wash hands.

There are hundreds of coronaviruses, but just seven known to infect people. In 2002, one such virus called SARS, for severe acute respiratory syndrome, spread from China to kill more than 700.

The new coronavirus, though, has captivated scientists’ attention unlike any in decades.

“Basically, everyone in the world is susceptible,” said Thomas Friedrich, a researcher at the University of Wisconsin-Madison.

Scientists are fairly certain the disease originated in bats, and may have passed through another animal, possibly consumed for meat. Chinese authorities walled off the city of Wuhan, where the disease was first diagnosed, in late January.

But with more than 100,000 daily commercials flights circling the globe, the new virus spread rapidly and virtually invisibly, said medical historian Mark Honigsbaum, author of “The Pandemic Century: One Hundred Years of Panic, Hysteria and Hubris.”

“By the time we woke up to the outbreak in Italy, it had been there for weeks if not months,” he said.

Since February, when Dr. Daniel Griffin began treating patients suspected of having COVID-19, he’s cared for more than 1,000 people with the disease, first noted for attacking the lungs. But the infection certainly does not stop there.

The lungs are, indeed, ground zero, with many patients finding themselves gasping for breath. The reason why becomes clear in autopsies of those who have died, some with lungs that weigh far more than usual.

“Each autopsy has the chance to tell us something new,” said Dr. Desiree Marshall, a pathologist at the University of Washington. And those insights from the bodies of the dead could lead to more effective treatment of the living, she said.

The coronavirus, though, keeps raising fresh questions. It left the hearts of two men in their 40s, recently treated by Griffin, flaccid and unable to pump enough blood. Some younger people have arrived in emergency rooms suffering strokes caused by blood clotting, another calling card.

Kidneys and livers fail in some patients, and blood clots puts limbs at risk of amputation.

“It’s difficult because they have so many problems and there are so many patients,” said Dr. Stuart Moser, a New York cardiologist.

Along with studying the virus, scientists are focusing on the genes of the people it infects. They are finding early clues to a puzzling anomaly: Why does the coronavirus ravage some previously healthy patients, while leaving others relatively unscathed?

The question of why the disease affects people so differently also has broader implications. It’s not clear, for example, why the disease has had such a limited impact on children, compared to other age groups.

The answers will help in assessing the risks of reopening schools, and eventually could lead to ways to help make older people resistant to the disease.

“This is what happens with a new virus,” said Dr. Sonja Rasmussen, a professor of pediatrics and epidemiology at the University of Florida. “We’re on that steep learning curve.’’

With states and countries reopening in the face of an ongoing pandemic, it’s even more crucial to find solutions. The last few months have spotlighted the most critical questions.

Can people who have been infected with the disease get it again?

Dr. Anthony Fauci, the U.S. government’s top infectious disease expert, has said that having the disease once should confer some degree of immunity. But it’s not clear how much or for how long.

If some people harbor the virus without symptoms, how can we block transmission?

The reality is that many infected people will never feel symptoms or get sick, which means temperature checks and other strategies based on symptoms won’t be enough to stop it. Instead, many experts believe widespread testing is needed to find silent carriers, isolate them and track down those they may have infected. Masks and distancing can help prevent infection and slow the spread of the virus.

Will researchers find medicines that can be used to treat the disease?

Hundreds of studies are under way, testing existing medicines and experimental ones. So far, only one -- a common steroid called dexamethasone -- has been shown to increase survival.

How long will it take to find a vaccine?

Scientists in more than 150 labs are pursuing a vaccine and nearly two dozen candidates are in various stages of testing. But there’s no guarantee any will pan out. Finding out if any offer true protection will require testing thousands of people in places where the virus is spreading widely. Some huge studies are expected to begin this month and, in the U.S., the goal is to have 300 million doses of potential vaccines by January.

The World Health Organization has called for equitable sharing of any eventual vaccine between rich and poor countries, but how that will happen is far from clear.

It’s also uncertain how useful any vaccine will be if a sizable number of people, their skepticism fed by misinformation, refuse to be inoculated.

Even an effective vaccine will not address the likelihood that, given the large number of coronaviruses and increasing contact between people and the animals harboring them, the world is very likely to face other pandemics, Honigsbaum said.

That makes uncertainty the hallmark of the new normal.