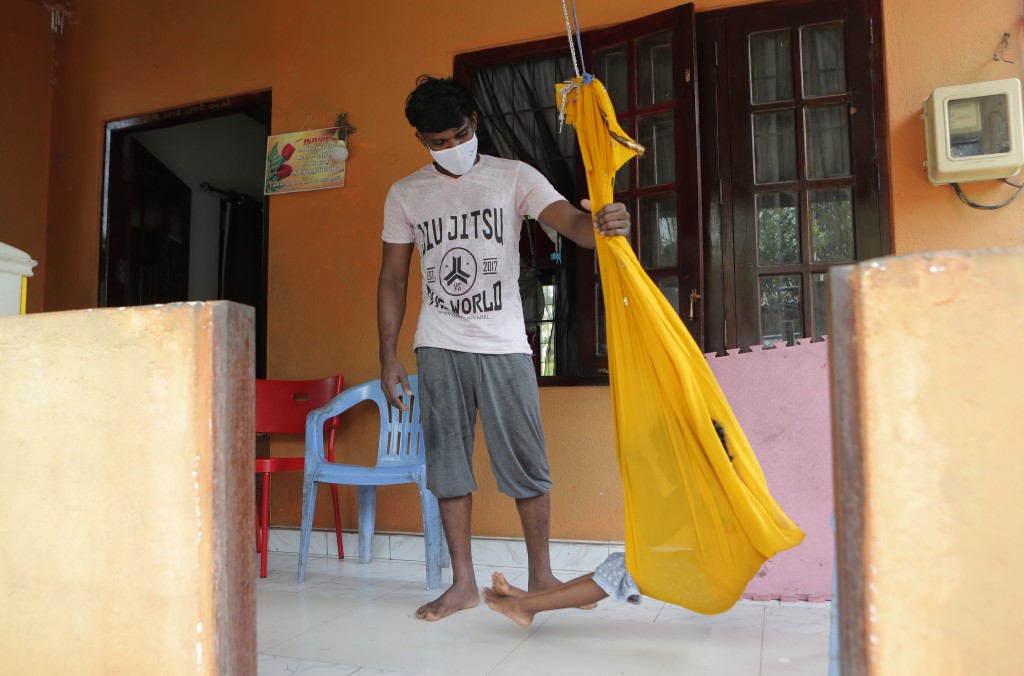 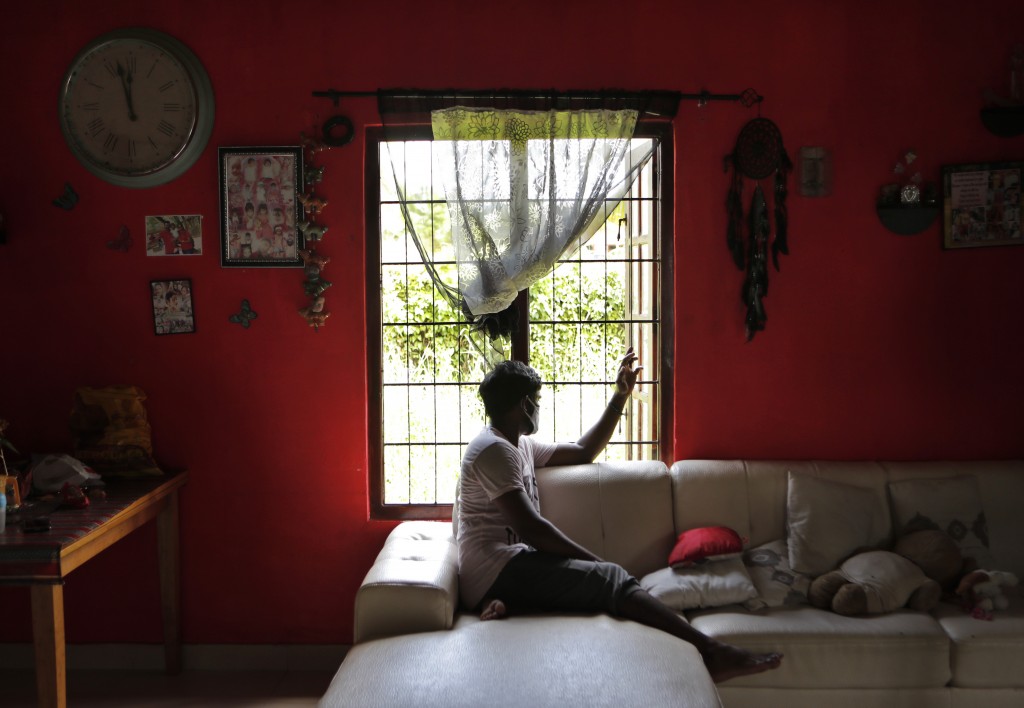 COLOMBO, Sri Lanka (AP) — For months he’s been anonymous, but now Prasad Dinesh, linked by Sri Lankan authorities to nearly half of the country's more than 2,600 coronavirus cases, is trying to clear his name, and shed some of the stigma of a heroin addiction at the root of his ordeal.

Under President Gotabaya Rajapaksa, a former army lieutenant colonel credited with helping end Sri Lanka's long civil war in 2009 with a brutal military campaign against separatists, the Indian Ocean island nation has used the armed forces to combat the virus.

When Rajapaksa was elected president last year, a health unit was created in the intelligence service that sprang into action when COVID-19 first appeared, according to State Intelligence Service Assistant Director Parakrama de Silva. Intelligence officers, health workers, police officers and military troops have worked together to identify infected people, trace their contacts and send them to military-run quarantine centers.

After Dinesh, 33, tested positive for the virus in April, navy sailors raided his village, forcing his contacts into quarantine. But authorities have blamed a melee that ensued not on the military, but on Dinesh — and said the rumpus ended up leading to at least 1,100 additional virus infections.

These cases, they publicly declared, were all linked linked to a single patient.

Referring to him only as “Patient 206,” government officials lambasted Dinesh on TV and social media, blaming him for at least three clusters of cases, including about 900 navy sailors who were infected after an operation in Ja-Ela, a small town about 19 kilometers (12 miles) north of the capital, Colombo.

Dinesh, however, says his drug addiction, which is considered a crime in Sri Lanka, makes him a convenient scapegoat.

“I can’t accept that I am responsible for infecting so many, including the navy sailors,” Dinesh told The Associated Press, after he had returned home following his release from a monthlong stay at a hospital.

Before the pandemic reached Sri Lanka, resulting in an island-wide lockdown, Dinesh worked as an auto rickshaw driver. But now he’s unable to find work.

“No one gives a job when they realize that I am Patient 206,” he said.

Likening him to South Korea’s “Patient 31,” whom media in that country labeled a “super spreader” because she was the first person to test positive in a secretive church community where the virus was later found endemic, police spokesman Ajith Rohana said Dinesh had undermined Sri Lanka’s fight against COVID-19.

“He is the turning point and has done huge damage to our country,” Rohana said.

Authorities say that on April 5, Dinesh was caught by village residents for a robbery and handed over to police. At the station, Dinesh had a fever as well as a leg injury sustained during the robbery, so authorities admitted him to a nearby hospital, where he tested positive for the coronavirus and stayed for 31 days.

Dinesh hasn't contested charges that he and others broke into a house in a nearby village to take coconuts they could sell in order to buy heroin.

After he tested positive, the police who made the arrest, Dinesh's friends and more than 100 people in his neighborhood were ordered to quarantine at home.

But not everyone complied.

Afraid that the virus would spread quickly in the congested area, Sri Lanka’s navy sent in a team of sailors to help health workers. As the sailors approached, some of Dinesh's associates panicked.

“They were climbing trees, they were trying to jump over a fence, trying to have a bath, trying to jump into a canal,” Adm. Jayanath Colombage, a former navy commander and member of the national task force to combat the virus, said in a TV interview.

Of the 28 people seized from the community and quarantined, 16 tested positive. Two weeks later, some sailors involved in the operation did, too.

Navy spokesperson Lt. Cmdr. Isuru Suriyabandara defended the navy, saying it had deployed well-trained troops with protective gear who were quarantined for 21 days after the operation.

The first infected sailor, who was on leave in the town of Polonnaruwa, about 225 kilometers (140 miles) northeast of Colombo, was reported April 22, prompting provincial health officials to isolate 12 nearby villages.

The next day, 30 other sailors tested positive.

With the virus spreading to different parts of the country where sailors were on leave, authorities ordered troops from all arms of the military to report back to their camps.

Some 4,000 navy sailors were quarantined inside a single camp, while more than 200 relatives were taken to navy-run quarantine centers. At least 15 villages were isolated in different parts of Sri Lanka for about two weeks, and about 1,300 other people underwent self-quarantine.

Ultimately, about 900 navy sailors tested positive, with around 50 other infected people also part of that cluster. Two other clusters also blamed on Dinesh had at least 150 coronavirus cases, according to authorities.

Sri Lanka has confirmed at least 2,665 cases in all, including 11 deaths, meaning nearly half of its caseload has been blamed on one man — Dinesh.

“What to do? It is our fault for using drugs?" he said, referring to his heroin habit.

Dinesh said that he had been using heroin since 2002, but that he never became “a severe addict.” During the coronavirus lockdown, however, he used the drug more regularly, and joined three other users in the robbery to raise money to buy more heroin.

Authorities have used the fallout from the raid on Dinesh’s village to increase anti-drug crackdowns in slums and urban apartments.

Dinesh, however, said he was no longer part of that stigmatized population.

One positive of being infected with the coronavirus, he said, was that his hospitalization helped him to kick his heroin habit.

He said he had body pains for about two days. “I did not suffer severe withdrawals because I was not a severe addict," he said.

“I have now completely given up (drugs)," he said. "I don’t even smoke a cigarette. I am always with my two kids now and play with them. I feel good.”