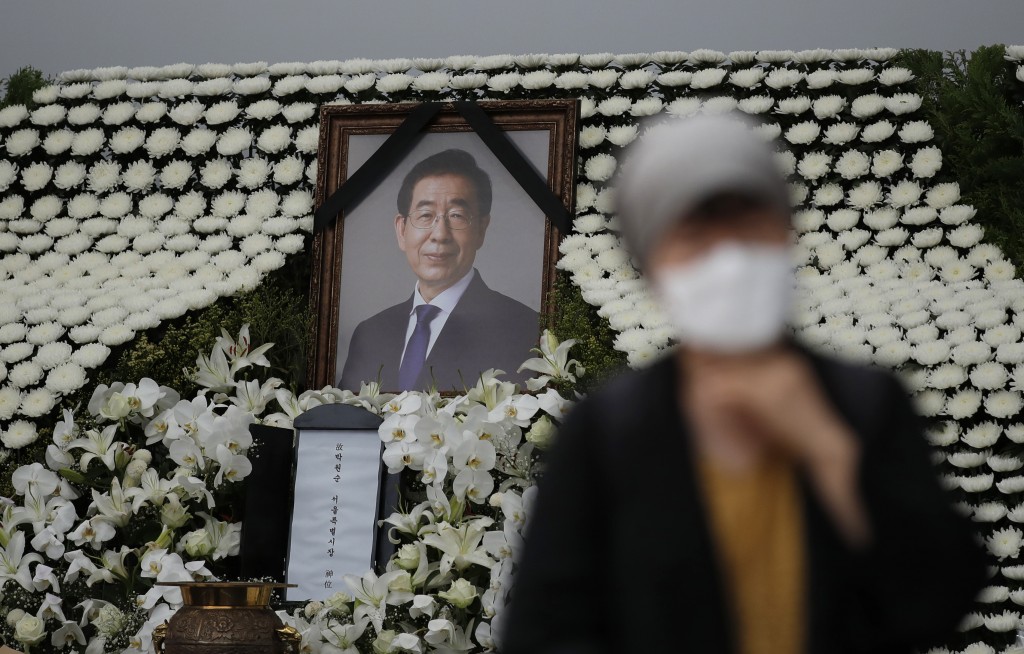 SEOUL, South Korea (AP) — The city government of the South Korean capital, Seoul, said Wednesday it will launch an investigation into allegations of sexual misconduct surrounding late Mayor Park Won-soon, who was found dead after one of his secretaries filed a complaint claiming yearslong abuse.

City spokesman Hwang In-sik said the investigation committee will also include civic activists and experts, but didn't specify when it would start how much power it would have.

“By forming a joint investigation committee of government officials and civic experts, we will ensure fairness and objectiveness of the investigation,” Hwang said at the news conference at City Hall. “We will discuss with women's rights organizations and other groups to determine how the committee will be formed and operated and when it could start."

Rescue workers found Park’s body in a wooden area in northern Seoul early Friday, following a massive search that involved hundreds of officers, dogs and drones after his daughter reported him missing.

On Monday, lawyer Kim Jae-ryon told reporters that she gave legal counsel to one of Park’s former secretaries before a complaint was lodged with police on July 8 alleging sexual harassment.

According to Kim, the ex-secretary said Park subjected her to unwanted sexual advances and physical contact for years and sent her “lewd” photos and text messages that she showed to some of her friends, colleagues and a journalist.

The allegations have tarnished the reputation of Park, a liberal who built his career as a reform-minded politician and a champion of women’s rights. He was considered a potential presidential candidate for the elections in 2022.

Hwang lamented what he described as “speculative” media reports but avoided specific answers when asked about the city’s response to the allegations or Park’s death, including whether city officials had ignored earlier complaints by the ex-secretary.