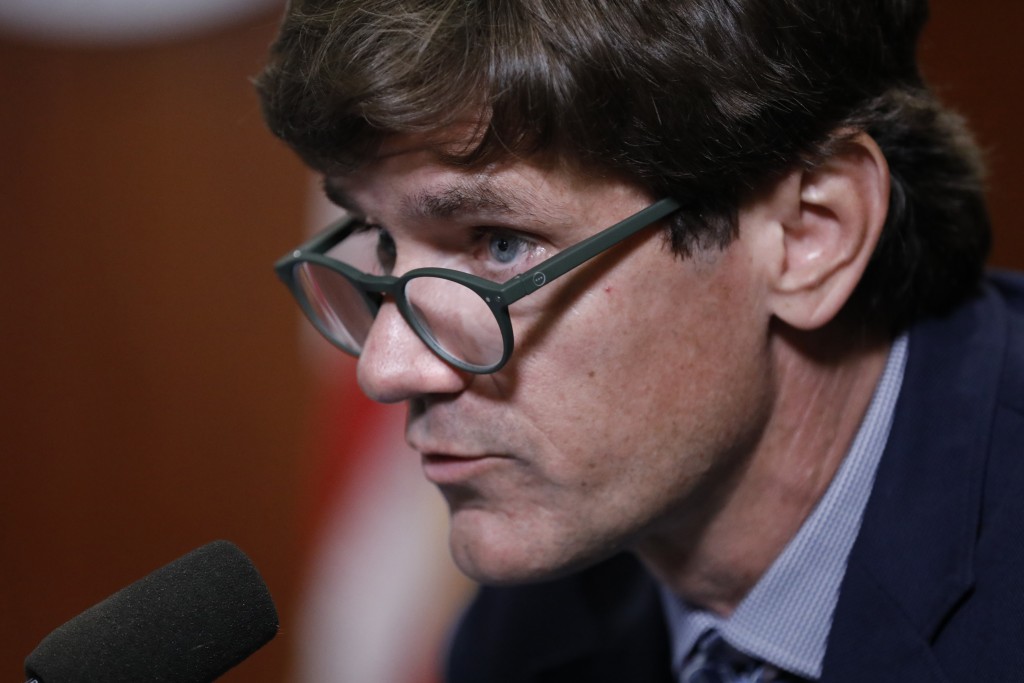 JACKSON, Miss. (AP) — At least 30 Mississippi legislators and 11 other people who work in the state Capitol are now known to have tested positive for the new coronavirus, the state's top public health official said Tuesday.

That is an increase from last week, when officials initially said 26 legislators and 10 others had the highly contagious virus. Dr. Thomas Dobbs, the state health officer, had said the numbers could go up as more people received test results.

Dobbs said Tuesday that two people from the Capitol were hospitalized, but he did not say who they are.

Mississippi has the largest outbreak of COVID-19 among state legislators in the U.S., according to numbers tracked by The Associated Press.

Legislators left the Mississippi Capitol on July 1, after being there through most of June. Some people in the building wore masks and kept distance from others as precautions against spreading the virus, but many did not. It was common to see people leaning in to talk to each other with their faces uncovered. People also crowded into elevators and committee meeting rooms, and legislators also sat shoulder-to-shoulder in the House and Senate.

Legislators will need to return to the Capitol at some point to approve a budget for the state Department of Marine Resources and to decide whether to override Republican Gov. Tate Reeves's veto of parts of the education budget. The state budget year started July 1.

Reeves said Tuesday that he does not yet know when it will be safe to bring legislators back to finish that business.