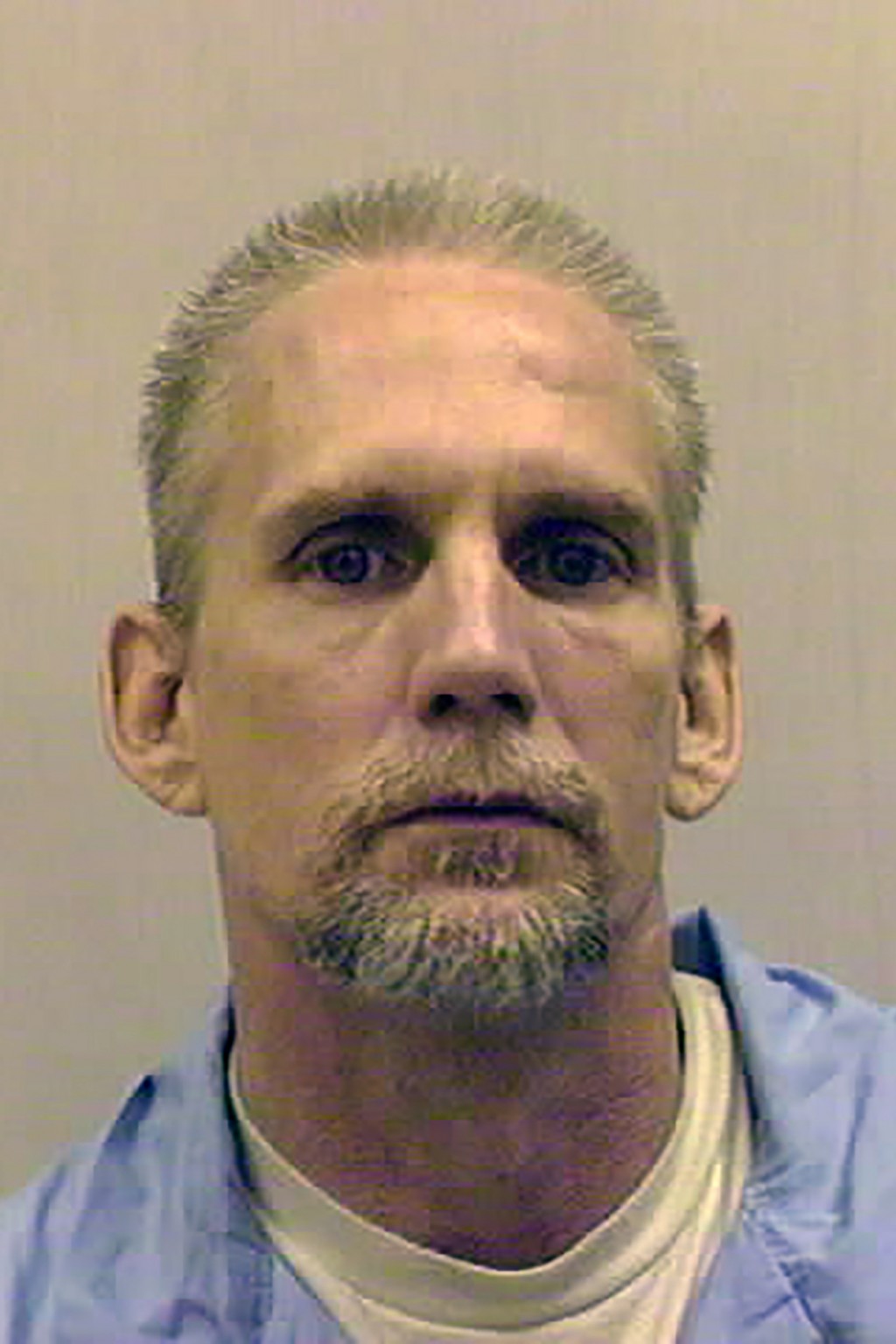 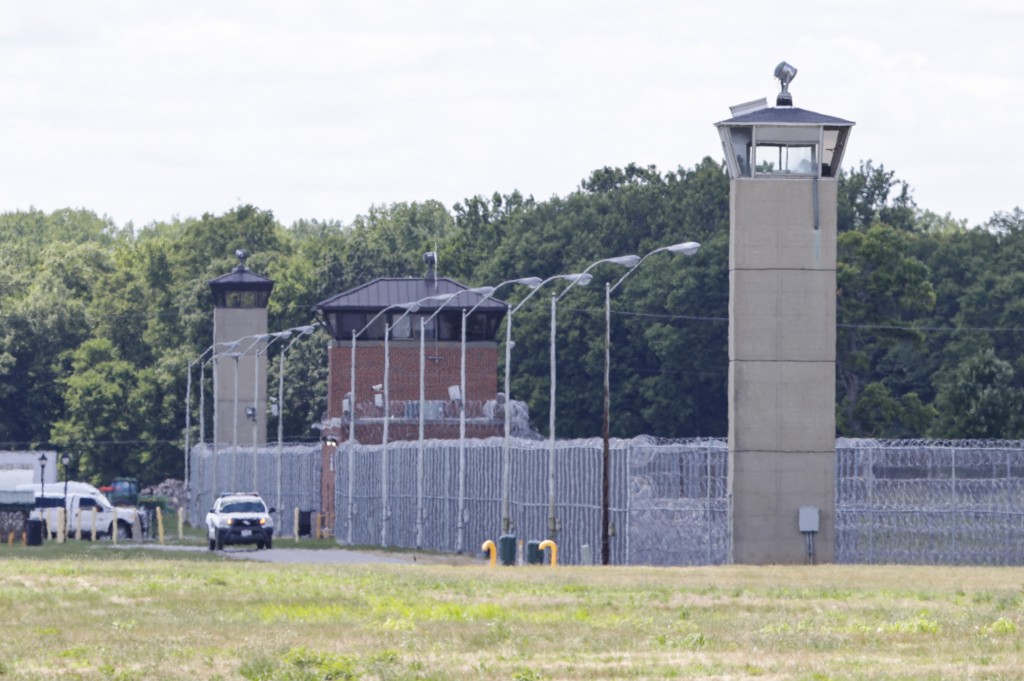 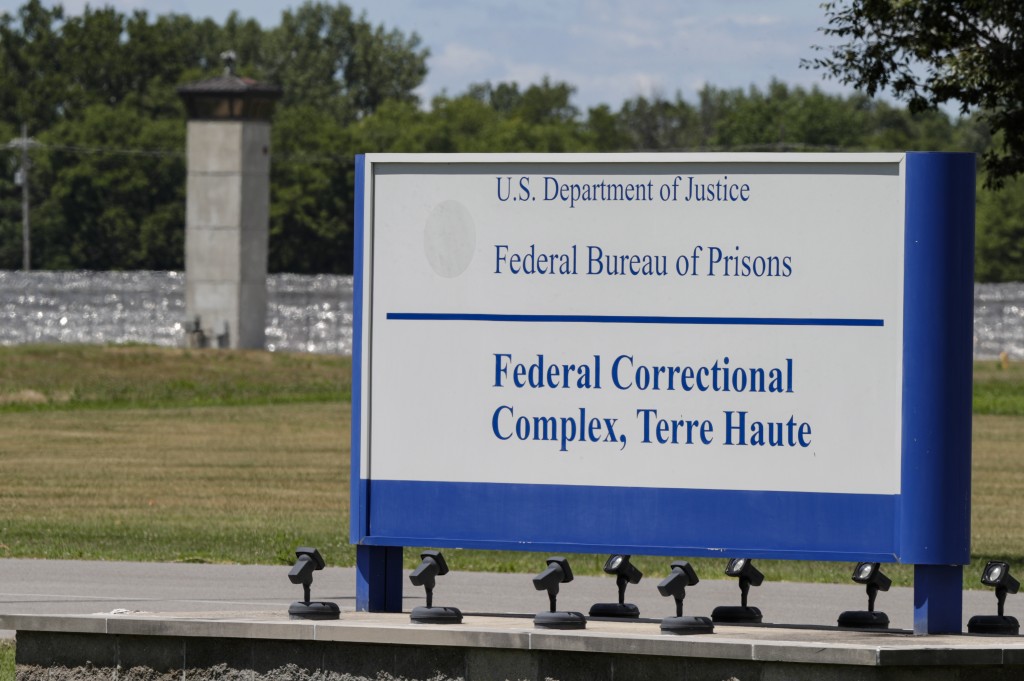 CHICAGO (AP) — The man next on the list to be executed by the federal government after a nearly 20-year hiatus ended this week may have a better chance of avoiding lethal injection, legal experts say, because he suffers from dementia and so, his lawyers say, can no longer grasp why he's slated to die.

Wesley Ira Purkey, convicted of a gruesome 1998 kidnapping and killing, is scheduled for execution Wednesday at the U.S. Penitentiary in Terre Haute, Indiana, where Daniel Lewis Lee was put to death Tuesday after his own 11th-hour legal bids failed.

Lee, who was convicted of killing an Arkansas family in a 1990s plot to build a whites-only nation, was the first of four condemned men scheduled to die in July and August.

Purkey, 68, of Lansing, Kansas, would be the second, but his lawyers were still expected to press for a ruling from the Supreme Court on his competency.

“This competency issue is a very strong issue on paper,” said Robert Dunham, executive director of the Death Penalty Information Center. “The Supreme Court has halted executions on this issue in the past. At a minimum, the question of whether Purkey dies is going to go down to the last minute.”

Lee’s own execution went forward a day late. It was scheduled for 4 p.m. Monday, but the Supreme Court only gave the green light in a narrow 5-4 ruling early Tuesday.

The issue of Purkey’s mental health arose in the runup to his 2003 trial and when, after the verdict, jurors had to decided whether he should be put to death in the killing of 16-year-old Jennifer Long in Kansas City, Missouri. Prosecutors alleged that he raped and stabbed her, dismembered her with a chainsaw, burned her, then dumped her ashes 200 miles (320 kilometers) away in a septic pond in Kansas. Purkey was separately convicted and sentenced to life in the beating death of 80-year-old Mary Ruth Bales, of Kansas City, Kansas.

Purkey’s lawyers argue he clearly is not, saying in recent filings that he suffers from advancing Alzheimer’s disease.

“He has long accepted responsibility for the crime that put him on death row,” one of this lawyers, Rebecca Woodman, said. “But as his dementia has progressed, he no longer has a rational understanding of why the government plans to execute him.”

Purkey believes his planned execution is part of a vast conspiracy involving his own attorneys, Woodman said. In other filings, they describe delusions that people were spraying poison into his room and that drug dealers implanted a device in his chest meant to kill him.

While various legal issues in Purkey’s case have been hashed, rehashed and settled by courts over nearly two decades, the issue of mental fitness for execution can only be addressed once a date is set, according to Dunham, who also teaches law school courses on capital punishment. A date was only set last year.

“Competency is something that is always in flux,” so judges can only assess it in the weeks or days before a firm execution date, he said.

In a landmark 1986 decision, the U.S. Supreme Court ruled that the Constitution prohibits putting someone to death who lacks a reasonable understanding of why he is being executed. It involved the case of Alvin Ford, who was convicted of murder but whose mental health deteriorated behind bars to the point where, according to his lawyer, he believed he was pope.

Legal standards as to whether someone has a rational understanding of why an execution is taking place can be complex, Dunham explained.

“I could say I was Napoleon,” he said. “But if say I understand that Napoleon was sentenced to death for a crime and is being executed for it — that could allow the execution to go ahead."

Purkey's mental issues go beyond Alzheimer’s, his lawyers have said. They say he was subject to sexual and mental abuse as a child and, at 14, was diagnosed with schizophrenia, bipolar disorder, major depression, and psychosis.

Last week, three mental health organizations urged U.S. Attorney William Barr to stop Purkey’s execution and commute his sentence to life in prison without possibility of parole. The letter — signed by the National Alliance on Mental Illness, Mental Health America and the Treatment Advocacy Center — said that executing mentally ailing individuals like Purkey “constitutes cruel and unusual punishment and does not comport with ‘evolving standards of decency.’”

The mother of the teen he killed, Glenda Lamont, told the Kansas City Star last year she planned to attend the execution.

“I don’t want to say that I’m happy,” Lamont said. “At the same time, he is a crazy mad man that doesn’t deserve, in my opinion, to be breathing anymore.”

The runup to Lee's execution demonstrated that a lot can still happen before Purkey's scheduled one.

On Monday, hours before Lee was set to the put to death, a U.S. District Court judge put the execution on hold over concerns from death row inmates on how executions were to be carried out, and an appeals court upheld it, before the Supreme Court overturned it early Tuesday.

If prison officials get the go ahead to execute Purkey, he would be put to death by lethal injection, as Lee was, and in the same small room at the Terre Haute prison.