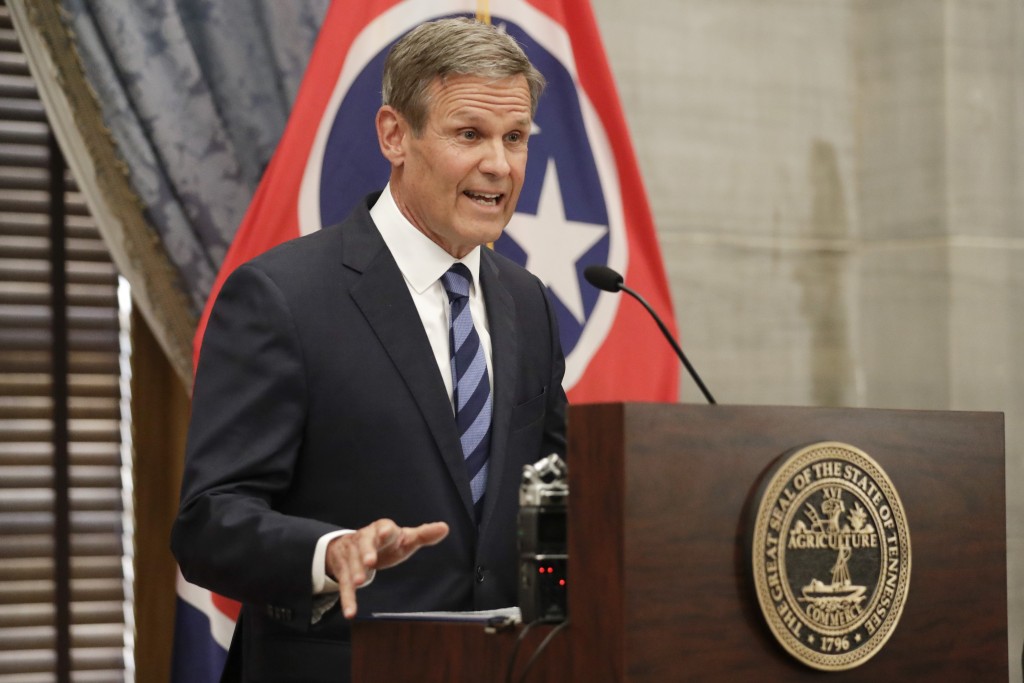 NASHVILLE, Tenn. (AP) — Tennessee Gov. Bill Lee said Tuesday that he will do “whatever it takes in court” to defend one of the strictest abortion bans in the country currently blocked from being implemented.

“It’s very important that we defend and protect the lives of every Tennessean, one portion of the most vulnerable being the unborn,” Lee said during a news briefing. “That’s why we would make that decision to defend it.”

“We will defend it. Whatever it takes in court, we'll defend it,” the Republican added when asked how much he was willing to spend on the looming legal battle as the state grapples with revenue hits caused by the coronavirus pandemic.

Lee had signed the abortion measure into law the day before. However, a federal judge quickly granted a temporary restraining order because he was “bound by the Supreme Court holdings prohibiting undue burdens on the availability of pre-viability abortions.”

Under the law, abortions are banned once a fetal heartbeat is detected — about six weeks into pregnancy, before many women know they’re pregnant. Similar legislation has been enacted in other states, such as Mississippi and Georgia, but has been blocked by legal challenges.

The bill was passed by Tennessee's GOP-dominant Statehouse during the final hours of the annual legislative session back in June. Most of the public was asleep when lawmakers advanced the bill.

Just hours after its passage, Planned Parenthood, the American Civil Liberties Union and the Center for Reproductive Rights had filed a lawsuit challenging the legality of the measure. U.S. District Judge William Campbell in Nashville chose to wait until the bill had been signed into law by Lee before blocking it from implementation.

Democratic lawmakers have warned that the law could cost taxpayers millions to defend in court in a state where the pandemic has wrecked Tennessee's budget.

Lee has described the abortion ban as “arguably the most conservative, pro-life piece of legislation in the country.” When he first unveiled the proposal in January, Lee stood with dozens of Republican lawmakers inside the Capitol touting the bill was a top priority for his administration.

Later, as COVID-19 first began sweeping across Tennessee earlier this year, Lee attempted to block abortions under an executive order banning nonessential medical procedures that was issued to slow the spread of COVID-19.

A federal judge later ruled that Tennessee had to continue allowing abortions, arguing the state did not show any appreciable amount of personal protective equipment would be saved if the ban was applied to abortions.

The plaintiffs in that legal case are now seeking to have the state cover nearly $100,000 in legal fees. The abortion ban battle is expected to be much more lengthy and complicated.

Reporter Jonathan Mattise contributed to this report from Nashville, Tennessee.