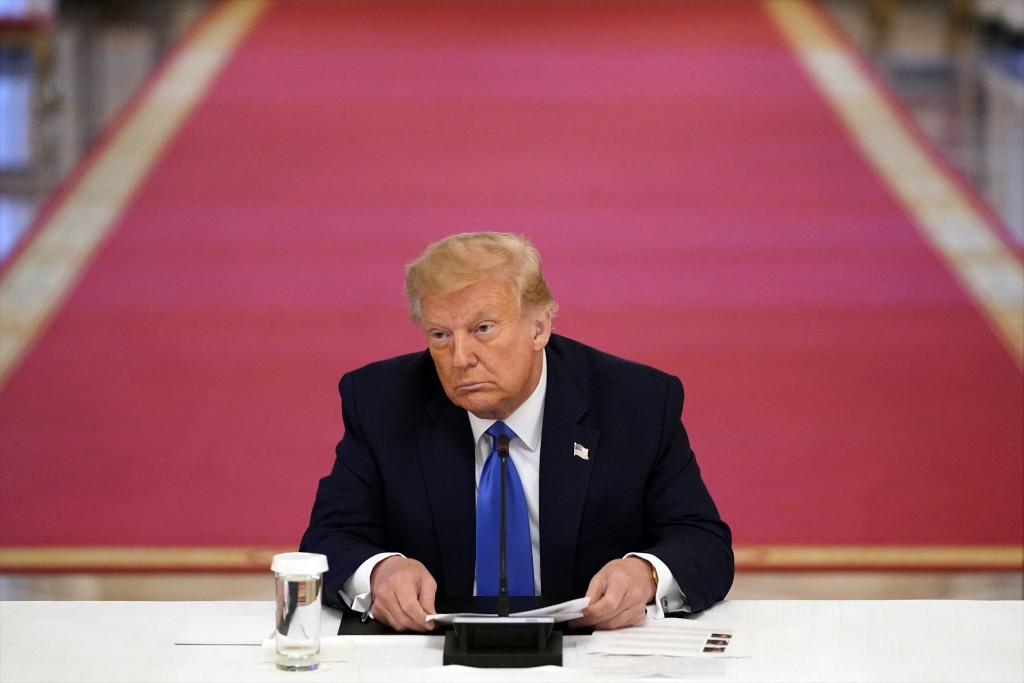 WASHINGTON (AP) — President Donald Trump bristled Tuesday at a reporter's question about police killing African Americans and defended the right to display the Confederate flag as he continued to play into racial divisions in an interview.

In the interview, Trump seemed taken aback when asked why African Americans are still dying at the hands of police.

There is no national database tracking police-involved shootings. But studies have shown that Black Americans are much more likely to be killed by police, even though more whites — who represent a larger portion of the population — are killed. One study that examined the use of lethal force by law enforcement from 2009 to 2012, for instance, found that, while victims were a majority white (52%), they were disproportionately Black (32%) with a fatality rate 2.8 times higher among Blacks than whites.

In the interview, Trump also defended the use of the Confederate flag, despite saying in 2015 that he believed the flag belongs in a museum.

Asked whether he understood the flag is a painful symbol to many because it is a reminder of slavery, Trump responded that some "people love it," adding: “And I know people that like the Confederate flag and they’re not thinking about slavery.”