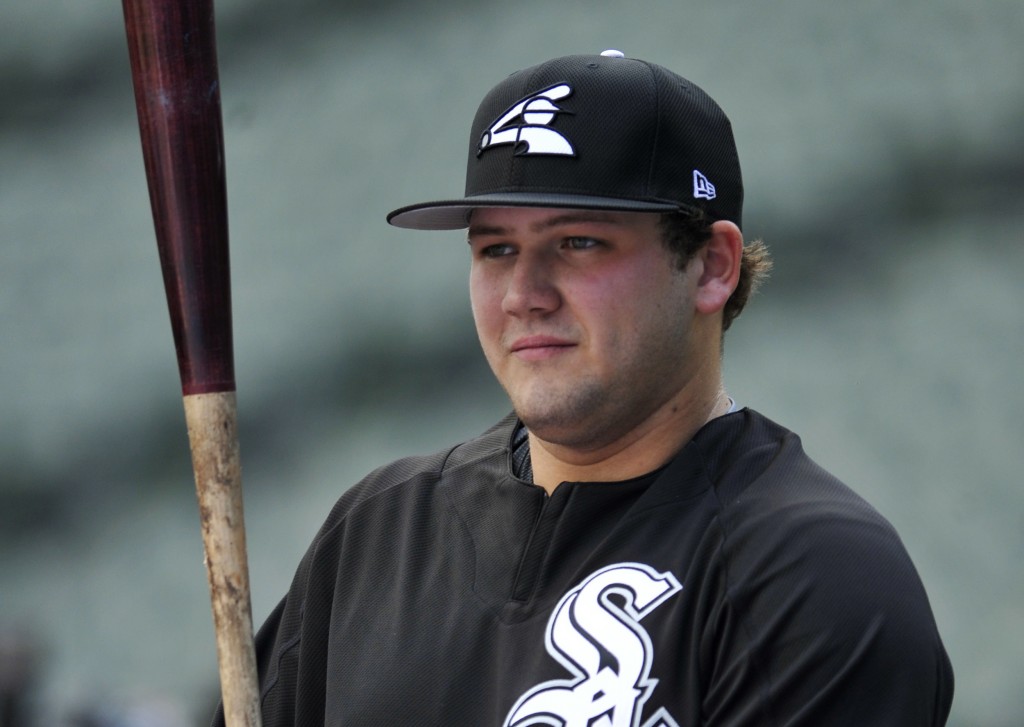 He found a spot — practically in his own backyard.

Burger is going to play in a local league this summer in his hometown of St. Louis after the Chicago White Sox approved the plan for their first-round pick in the 2017 amateur draft. It's a chance for the third baseman to get back on the field after he tore his left Achilles tendon twice, sidelining him for each of the previous two seasons.

“I want to get some live at-bats,” Burger told The Associated Press in a telephone interview. “I think that's the most important thing for me right now, is trying to simulate a full season, just by these at-bats and face some pro guys just off to the side, too. So that's kind of how it started.”

The cancellation of this year's minor league season left prospects like Burger without anywhere to go for game action that could help continue their development. Some major league teams are keeping their top farmhands on their taxi squad, but there isn't room for everyone.

Left-hander Garrett Crochet, the No. 11 pick in this year's draft, was among 16 players selected for workouts at the White Sox's auxiliary site in suburban Chicago. But Burger wasn't on the list when it was announced Tuesday.

“I feel badly for these guys, you know, from top to bottom, that were going to be in the minor leagues this year,” said Chris Getz, the director of player development for the White Sox. “Every year is a precious year, certainly some more than others. But, you know, not to get the at-bats or the innings or just play games and compete, there’s a downside to that.”

The 24-year-old Burger originally was going to serve as a manager in the CarShield Collegiate League. Joe Lincoln, the commissioner of the league, was a volunteer assistant at Missouri State when Burger starred for the Bears.

Burger was focusing on his training before his father, Mike, became an assistant coach in the league. That's when Burger contacted the White Sox to see if it would be OK if he played.

“They were pretty positive about it,” Jake Burger said. “They were like, yeah man, we've got to get at-bats. They wanted to check in on me first, get a couple days where they could get their eyes on me. That went well so they were like, yeah, let's do it.”

Burger said Chase Krogman, a 19-year-old outfielder who was selected by Chicago in the 34th round of last year's draft, also plays in the six-team CarShield league. The games last seven innings, and Burger is hoping to play in his first one Friday night.

It remains to be seen how many teams permit their prospects to play in organized leagues like Burger is doing this summer. Getz said the White Sox remain open to the possibility.

“Other players within our organization, other minor league players dealing with a lack of minor league season, if they choose to present a situation that we feel like is favorable for their development, we’re going to consider it,” he said. “I would say that there is a pretty good pool of players that I feel like would be a very good fit.”

Burger said he has no concerns about his health. He first tore his Achilles tendon during a spring training game in February 2018. The injury happened again in the backyard of his home in May of that same year.

Since spring training was suspended this year because of the coronavirus pandemic, Burger has dropped about 20 pounds. He has been staying in shape by playing tennis with his mother, Shannon, riding a Peloton bike and swimming.

Burger said the tennis matches have helped him put his Achilles injuries behind him.

“I was there physically in spring training, but mentally, you know, you still have that like ‘Oh, what if I take this step,’” he said. “Playing tennis, I'm a competitive guy and I was just trying to win points, not trying to think about my foot, and that kind of got me out of the funk.”

NOTES: White Sox manager Rick Renteria is expected to rejoin the team soon after leaving last week to go home to California for a family funeral. Third base coach Nick Capra was in charge for the team's intrasquad game Tuesday. Bench coach Joe McEwing also is away from the team so he can attend to a family medical matter.