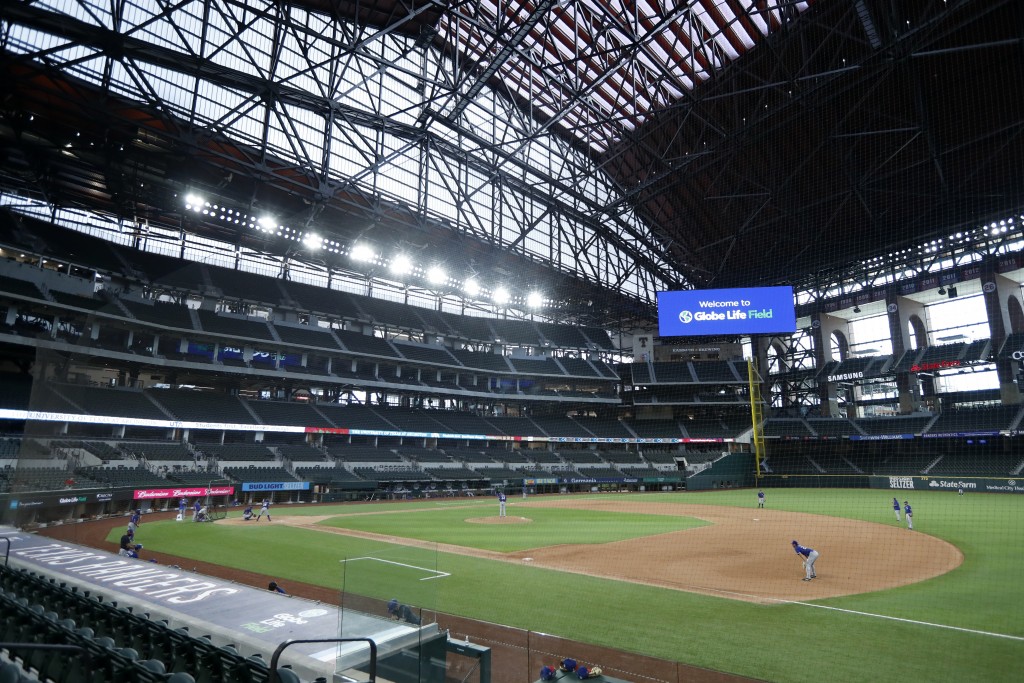 ARLINGTON, Texas (AP) — The Rangers indefinitely furloughed about 60 full-time employees, a moved announced 10 days before Texas opens its new ballpark without fans due to the pandemic-delayed season.

Texas owner Ray Davis said in March that he hoped to avoid furloughs. But the owner said in a statement Tuesday that severe financial consequences of the coronavirus-caused shutdown and lingering uncertainty of when fans will be allowed at games left the organization out of options. The decision was announced after four months of cost-saving measures, budget cuts and salary decreases.

Employees furloughed worked in both baseball operations and on the business side, in and outside of Arlington. They made up 12% of the team's roughly 500 full-time employees.

Davis said the furloughs “reflect the realities of playing in an empty Globe Life Field, the shutdown of minor leagues baseball and other considerations related to the business challenges we face.” He said he was optimistic that the team would be able to welcome the furloughed employees back to work in the future.

Rangers executives previously took pay cuts, and about half of the full-time employees had their salaries cut 10-20% in May.

Construction of the $1.2 billion Globe Life Field, which has a retractable roof, was completed in time for what was supposed to be the start of the regular season in late March. The Rangers are set to open the reduced 60-game schedule at home without fans July 24 against Colorado.

Furloughed employees were given two weeks of pay, and their medical benefits will be paid through October. The team previously committed to paying minor leaguers a $400 weekly stipend through the end of July.

“We have spent a great deal of time trying to find another course that would be less painful,” Davis said. “I wish there was another way, but this decision is necessary for us to endure this crisis and emerge as strong as possible on the other side.”