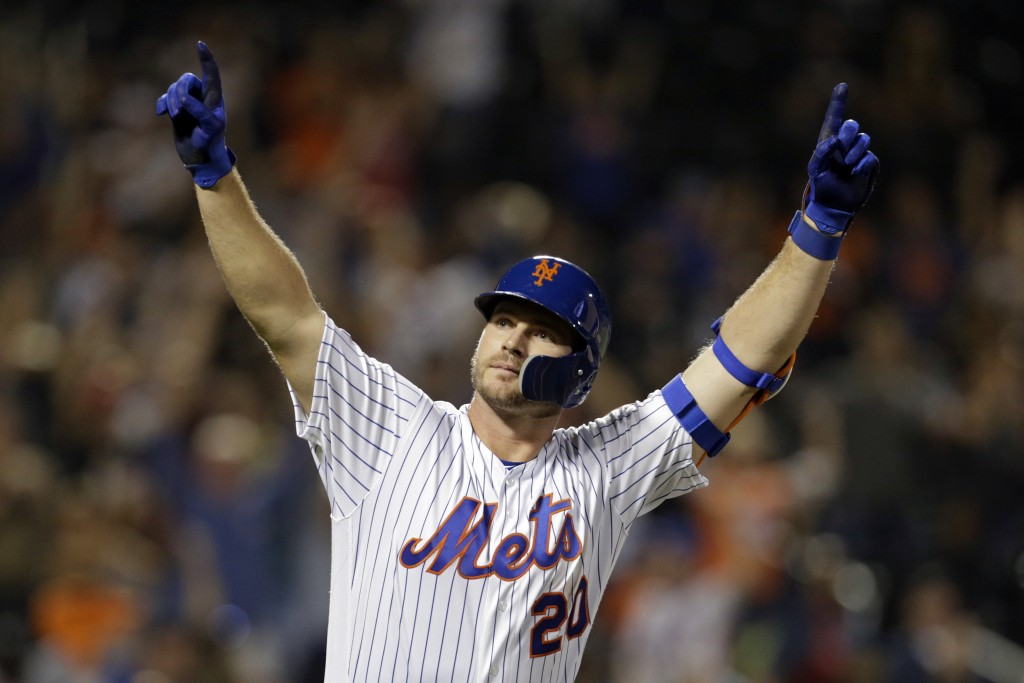 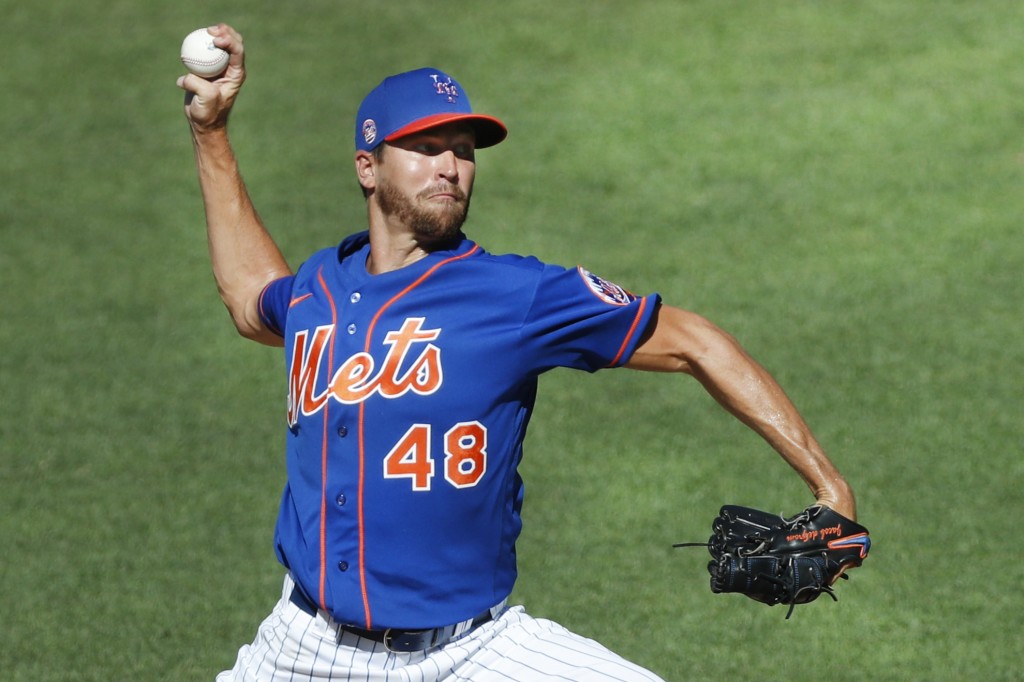 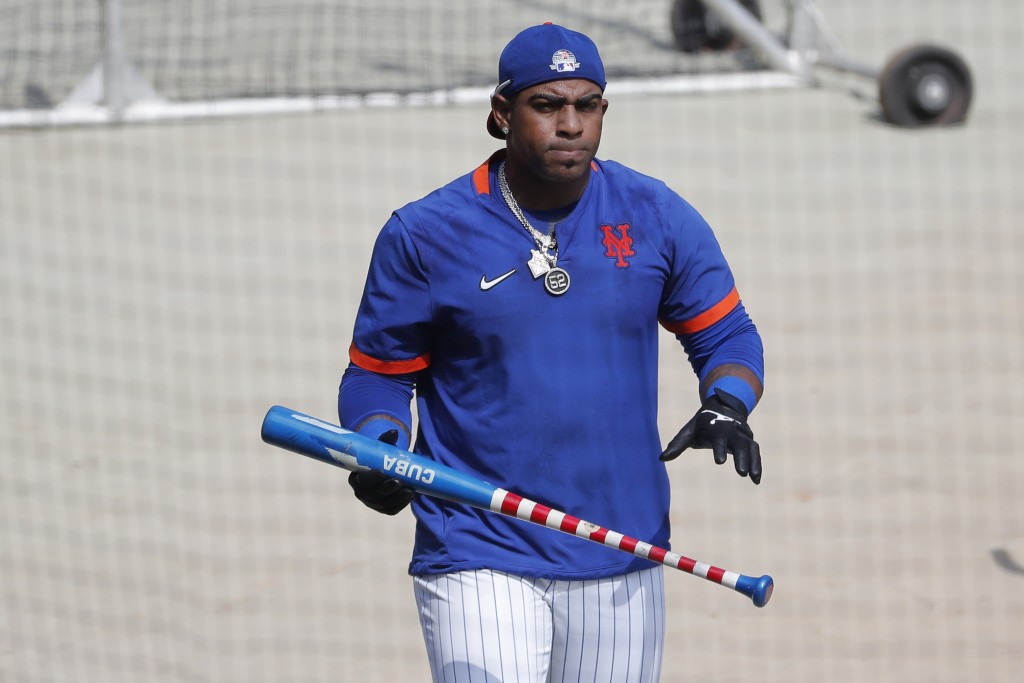 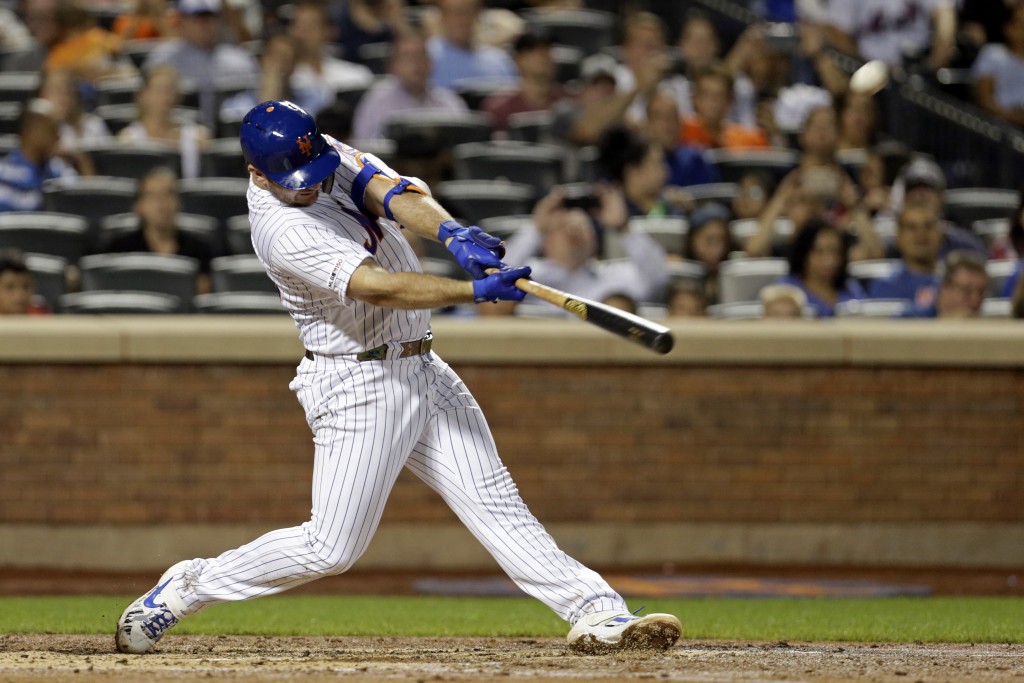 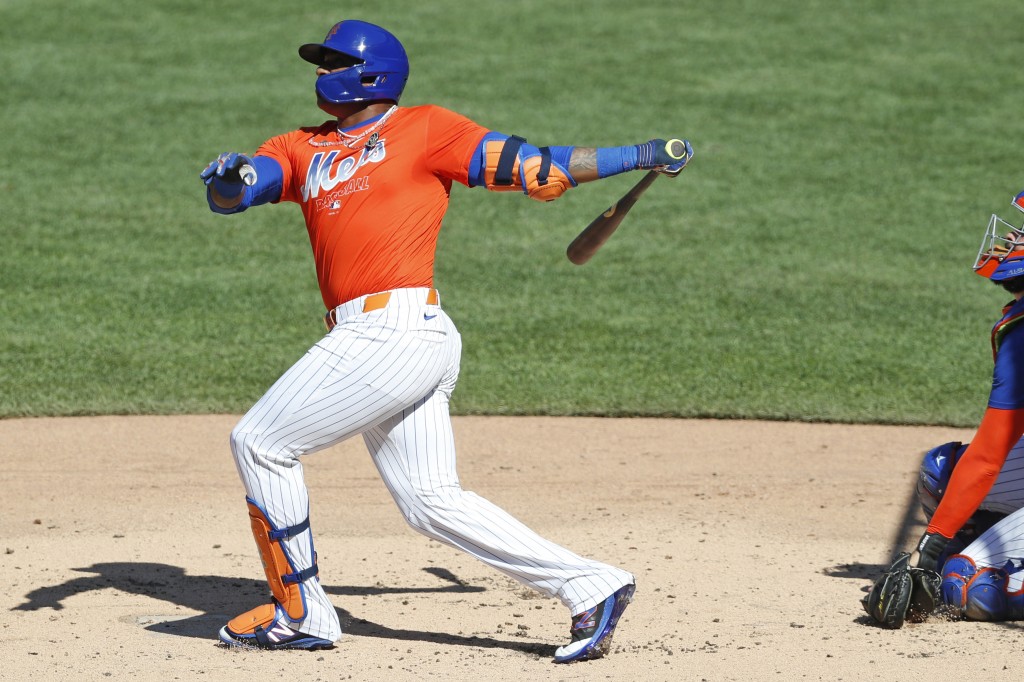 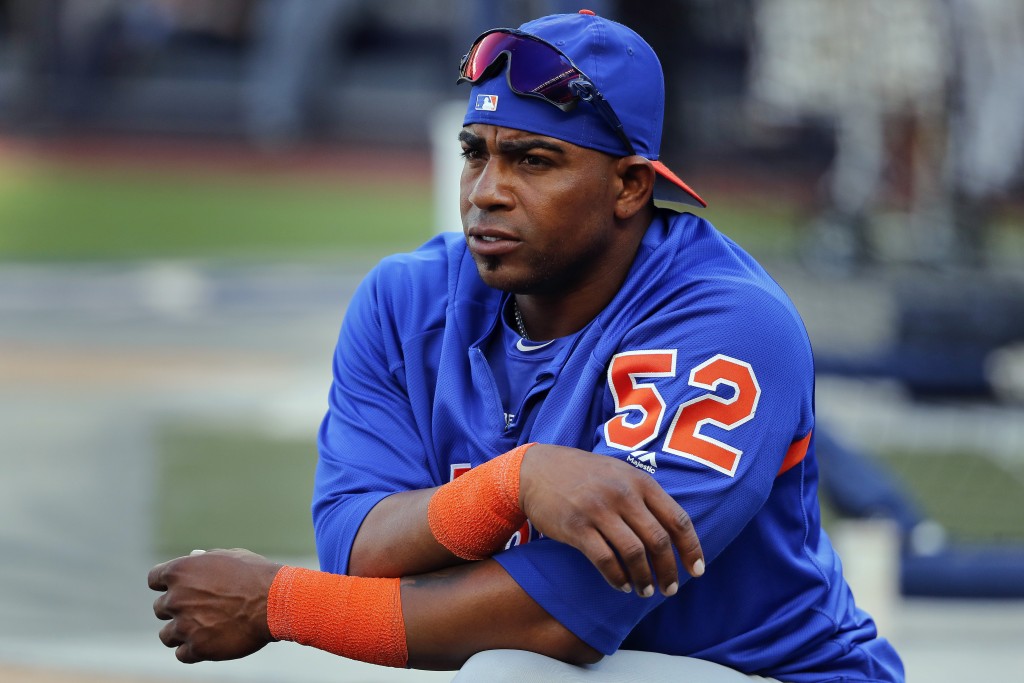 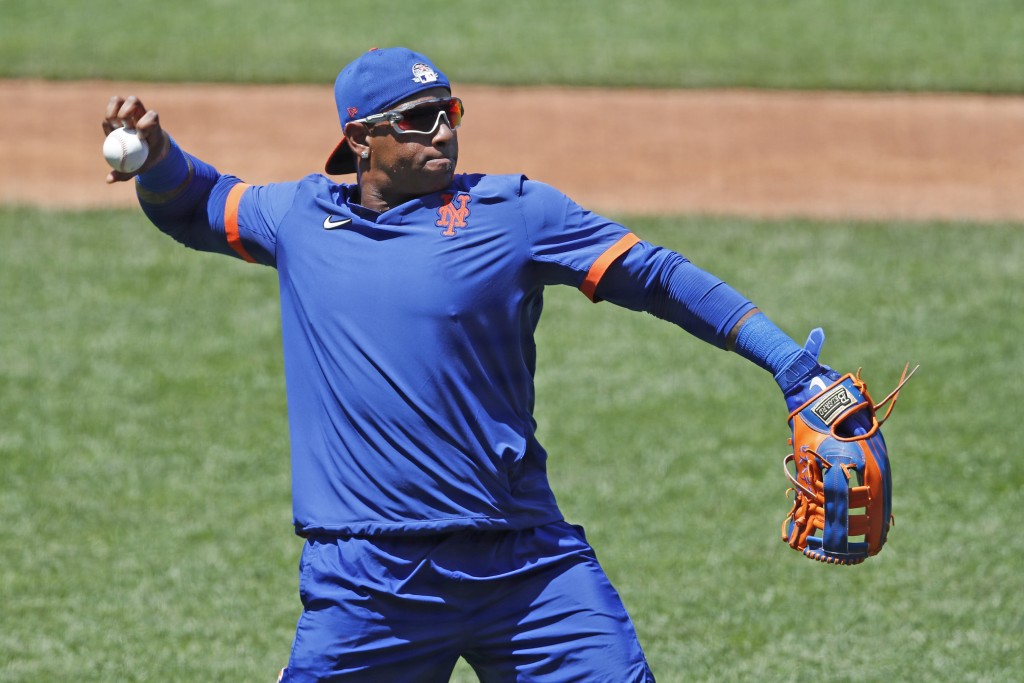 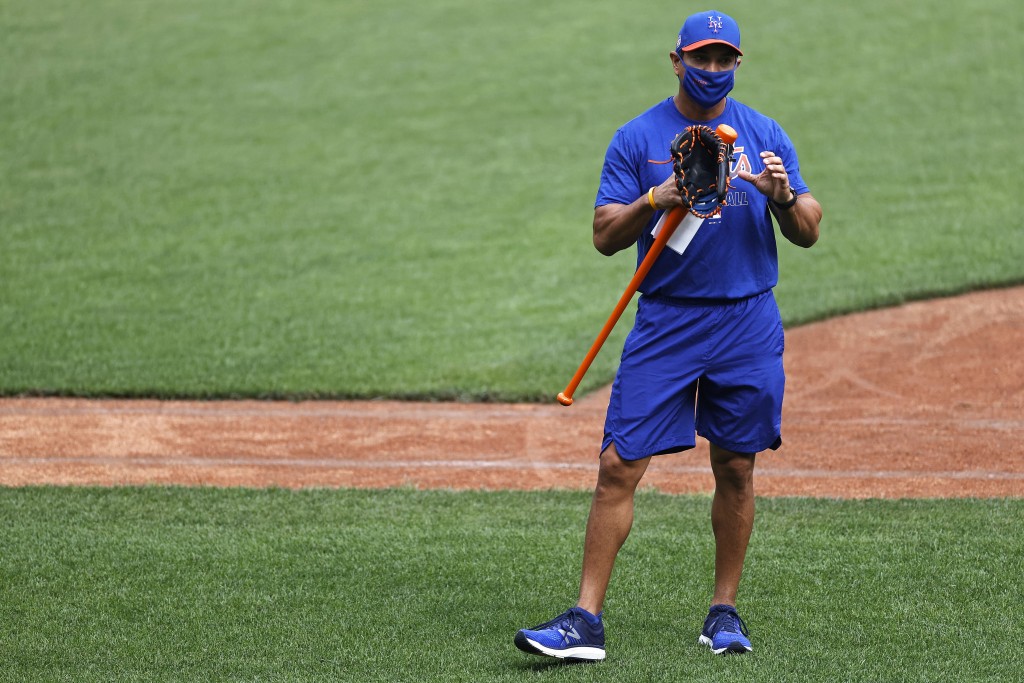 NEW YORK (AP) — Pete Alonso at the plate. Jacob deGrom on the mound. And a healthy Yoenis Céspedes conveniently slotted as the designated hitter.

There’s no question the New York Mets have reasons to believe this pandemic-shortened season plays perfectly for them — even without injured starter Noah Syndergaard. All they need to do is pick up right where they left off last year.

New York was one of baseball’s best teams in the second half of 2019, closing on a 39-21 surge. With the upcoming schedule sliced to 60 games because of the coronavirus, a similar record under rookie manager Luis Rojas would likely produce at least a playoff berth.

“I think it’s a track meet,” general manager Brodie Van Wagenen said. “We’re motivated, we’re talented, and I know the players are coming in with the mindset that there’s a sense of urgency that we’re not going to give away any games in the early going.”

The four-month delay due to COVID-19 gave Céspedes additional time to rehab, and the 34-year-old slugger said that made all the difference.

He’s attempting a comeback from operations on both heels and then his broken right ankle, injuries that have limited him to one major league game since mid-May 2018. But the two-time All-Star revealed he’s finally certain he’ll be ready for opening day July 24 against Atlanta, and teammate Michael Conforto gushed that Céspedes looked like “a monster” in the batter’s box during summer camp at Citi Field.

“With all the years that I’ve had of experience in the big leagues, it’s like riding a bike,” Céspedes said through a translator.

Fortuitously for the Mets, rules changes during this tenuous and unusual season give National League clubs a DH. That creates a natural spot for Céspedes’ dangerous stick even if his feet can’t handle left field too often.

Van Wagenen said Conforto also got “a gift” when the season was pushed back because it allowed him to heal a strained oblique sustained in March before spring training was stopped. And the layoff helped new reliever Dellin Betances build arm strength after recovering from a partially torn Achilles tendon.

The affable NL Rookie of the Year powers a potent New York lineup with no soft landings for opposing pitchers.

Alonso set a rookie record by socking 53 long balls last season and became the first Mets player to claim a major league home run crown. J.D. Davis and versatile All-Star Jeff McNeil also are part of a close-knit core of blossoming bats aged 25-28 who like to talk hitting and life over milk and cookies after games.

Syndergaard had Tommy John surgery after the virus shutdown, costing the Mets their No. 2 starter. But they still possess five proven arms led by deGrom, who ended last season with 23 straight scoreless innings and won his second consecutive Cy Young Award.

“I feel really good,” deGrom said this month. “Hopefully get off to a good start and keep it rolling.”

It’s also up for sale.

Ownership is fielding bids from prospective buyers again — including a group fronted by Alex Rodriguez and Jennifer Lopez — after a proposed deal with hedge fund manager Steve Cohen fell apart in February.

The biggest changes are on the pitching staff. Zack Wheeler left for rival Philadelphia in free agency, but the Mets shored up their rotation by signing 2016 AL Cy Young Award winner Rick Porcello and 2015 NL All-Star Michael Wacha. Hard to predict what they’ll deliver at this stage, but steady innings might be enough.

The 6-foot-8 Betances, a four-time All-Star with the crosstown Yankees, could boost a suspect bullpen if he regains form.

“We feel like we’ve got some weapons, and my confidence in the bullpen is still sky high,” Van Wagenen said. “We’re going to use it with the mindset that every out counts — not just every inning.”

The 38-year-old Rojas is the youngest manager in the majors, though he has plenty of pedigree. He took over unexpectedly last winter for Carlos Beltrán, who was hired to succeed Mickey Callaway but never managed a game. Beltrán was let go after being implicated in the Houston Astros cheating investigation and the Mets quickly promoted Rojas, the son of longtime big league player and manager Felipe Alou, and brother of six-time All-Star outfielder Moises Alou.

“Definitely a great challenge,” Rojas said. “We have to overcommunicate.”

While no Mets players had opted out of the season or divulged COVID-19 infections, second baseman Robinson Canó missed a significant chunk of camp for undisclosed reasons. So did relievers Brad Brach and Jared Hughes. Hitting coach Chili Davis was working remotely.