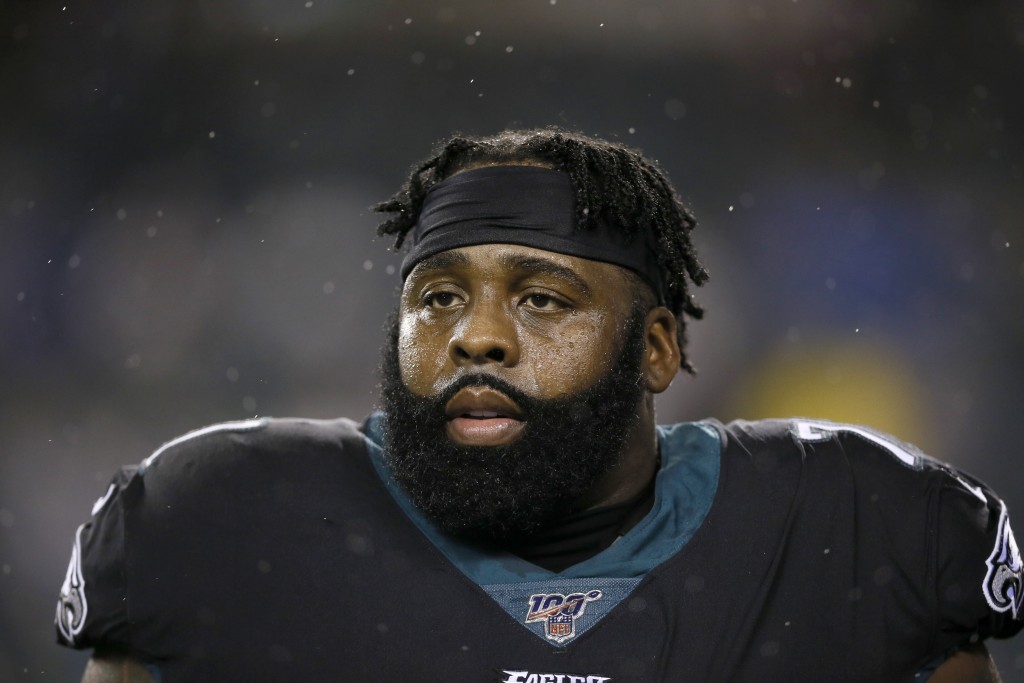 PHILADELPHIA (AP) — The Philadelphia Eagles have signed nine-time Pro Bowl left tackle Jason Peters to a one-year deal and plan to use him at right guard.

The 38-year-old Peters enters his 17th season in the NFL and 12th in Philadelphia. He’ll replace three-time Pro Bowl right guard Brandon Brooks, who tore his left Achilles tendon last month and will miss the season.

Peters has started 201 games in his career, including six playoff games. He played right tackle one season in Buffalo before switching to the left side in 2006.

The Eagles selected Andre Dillard with the 22nd overall pick in the 2019 NFL draft to play left tackle. Dillard started four games as a rookie.