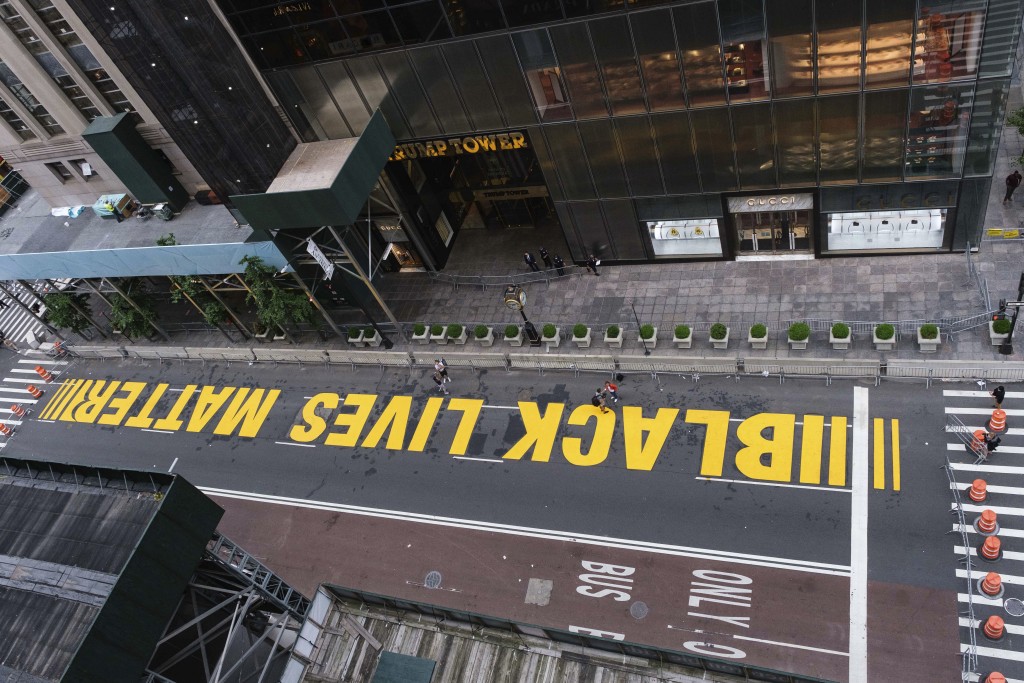 NEW YORK (AP) — Surveillance photos and video of a man who was seen splashing red paint on the “Black Lives Matter” street mural in front of Trump Tower was released Tuesday by New York City police.

The vandalism occurred at about noon Monday, police said. De Blasio tweeted hours later, “To whoever vandalized our mural on 5th Avenue: nice try," adding that the city Department of Transportation had “already fixed it.” De Blasio said the Black Lives Matter movement “is more than words, and it can’t be undone.”

The words “Black Lives Matter” have been painted on streets in New York and elsewhere in recent weeks to show support for the movement demanding justice and reforms after the recent killing of George Floyd and other Black people at the hands of police.

Trump complained last month that affixing the words to Fifth Avenue in front of his building would denigrate “this luxury Avenue."