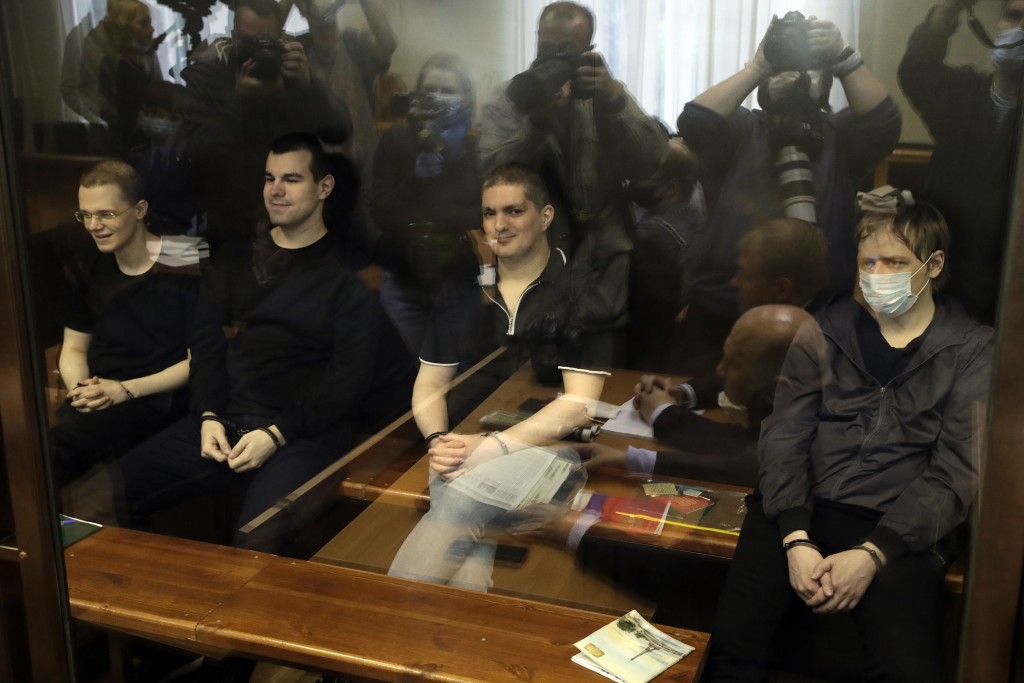 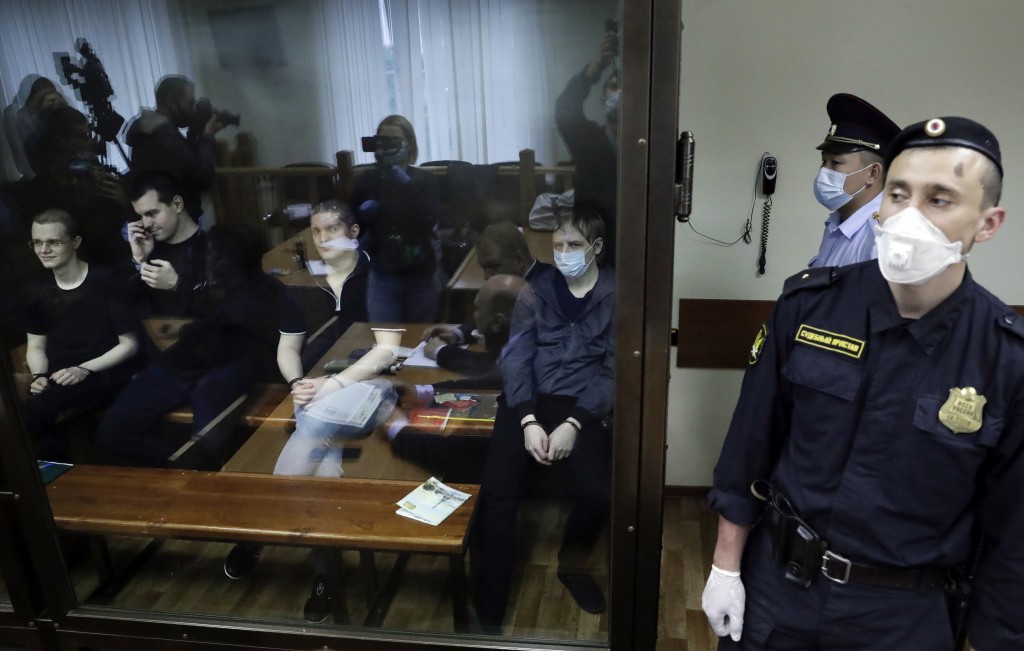 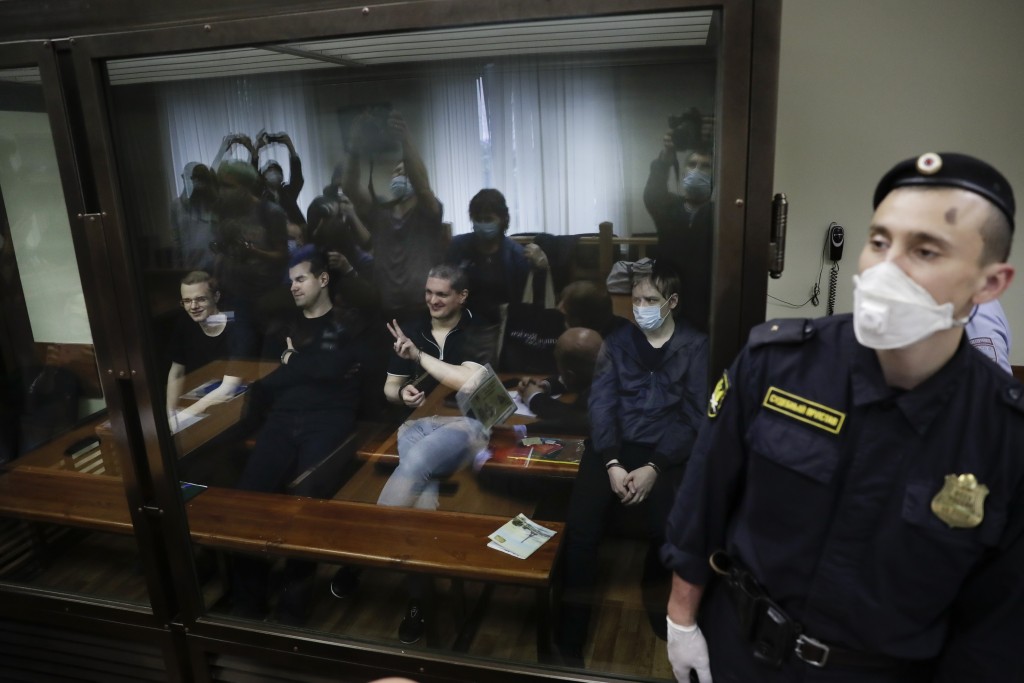 MOSCOW (AP) — Russian authorities on Tuesday demanded prison terms for three members of a youth group charged with creating an extremist organization, in a case that elicited public outrage and has been seen as politically motivated.

A prosecutor has asked a Moscow court on Tuesday to sentence three members of a group dubbed New Greatness to six, 6 1/2 and 7 1/2 years in prison, and to hand four more members suspended sentences between four and 6 1/2 years.

Members of the group were arrested in 2018 on charges of creating an extremist organization aiming to overthrow the government. Defense lawyers maintained that undercover police agents had written the group’s radical program, effectively fabricating the case against young people with opposition views who were just meeting to discuss politics.

The arrests of the two youngest members — 17-year-old Anna Pavlikova and 19-year-old Maria Dubovik — prompted a mass protest in August 2018, after which the two teenagers were released under house arrest.

The case has been widely criticized by human rights advocates as a glaring example of politically motivated abuse of Russia's anti-extremism laws.