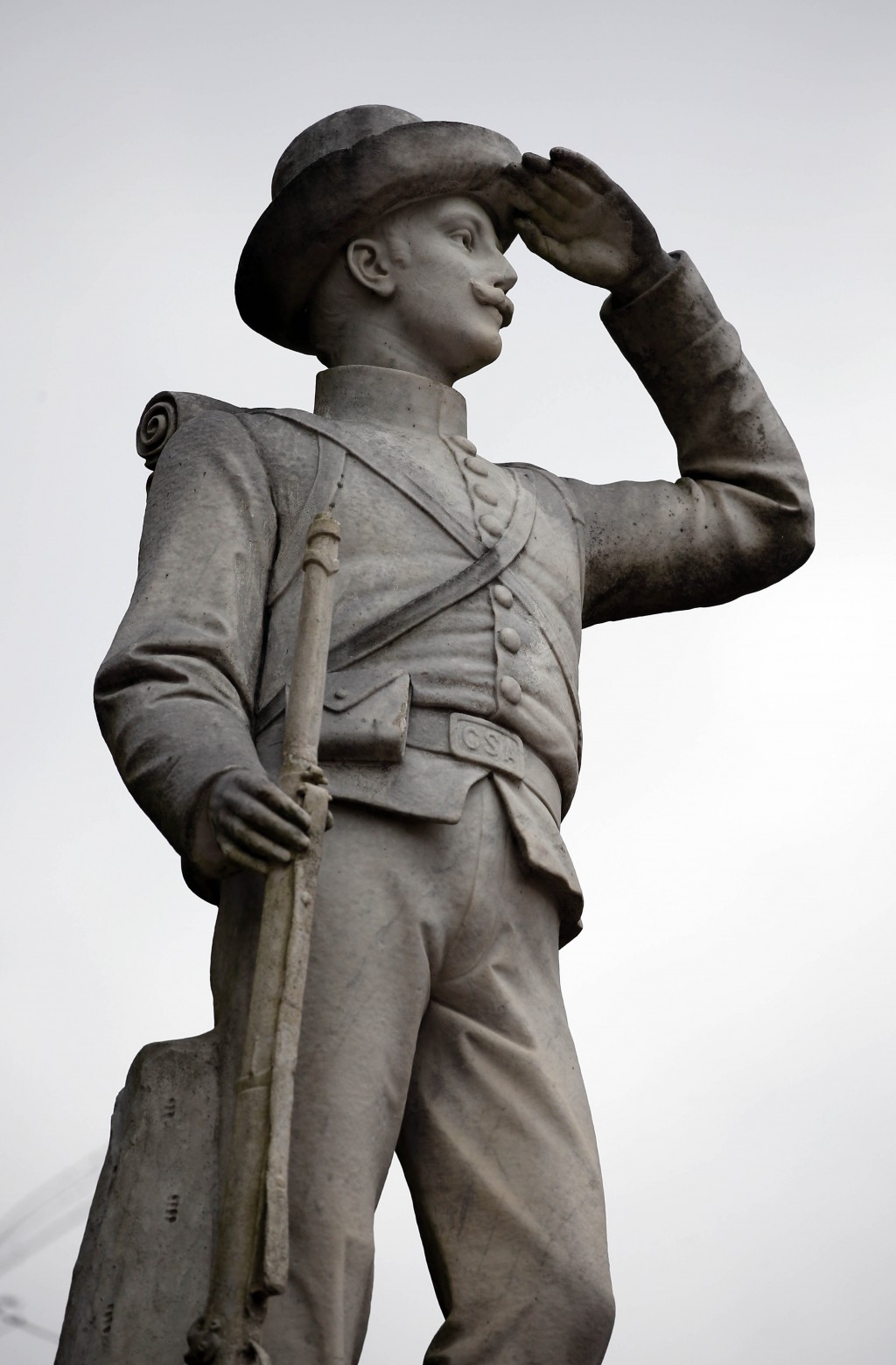 JACKSON, Miss. (AP) — A Confederate monument that’s been a divisive symbol at the University of Mississippi was being removed Tuesday from a prominent spot on the Oxford campus.

It will be taken to a Civil War cemetery in a secluded part of campus. Students and faculty who pushed the university for years to move the statue have criticized administrators' draft plan for the new site, which includes a lighted pathway to where the figure will stand and the possible addition of headstones over what, for decades, have been unmarked graves. Changes are to be paid by private donors.

“It’s not going to create a shrine to the Confederacy,” University of Mississippi Chancellor Glenn Boyce told The Associated Press on June 24 at the state Capitol. “People will have to judge that when they see the end product.”

The University of Mississippi was founded in 1848, and the marble statue of a saluting Confederate soldier was put up in 1906. It is one of many Confederate monuments erected across the South more than a century ago.

Critics say its display near the university’s main administrative building sends a signal that Ole Miss glorifies the Confederacy and glosses over the South’s history of slavery.

The state College Board on June 18 approved a plan to move the monument. The decision happened amid widespread debate over Confederate symbols as people across the U.S. and in other countries are protesting racism and police violence against African Americans.

The estimated cost of the move is $1.2 million, which will be paid with private donations, not public money, the board said.

The statue was a gathering point in 1962 for people who rioted to oppose court-ordered integration of the university.

Pro-Confederate groups from outside the university rallied at the monument in February 2019, prompting Ole Miss basketball players to kneel during the national anthem, in protest of the rally. Student government leaders voted two weeks later to ask administrators to move the monument to the cemetery, where Confederate soldiers killed at the Battle of Shiloh are buried.

In December, the Mississippi Department of Archives and History board approved architectural and engineering plans for moving the monument. In January, the College Board delayed a vote on the matter, with members saying they wanted more information.

A former University of Mississippi student was arrested May 30 after he spray painted “Spiritual Genocide” and left bloody hand prints on the monument. He was charged with defacing public property, and the monument was cleaned within days.

The University of Mississippi has worked for more than 20 years to distance itself from Confederate imagery, often amid resistance from tradition-bound donors and alumni. The nickname for athletic teams remains the Rebels, but the university retired its Colonel Reb mascot in 2003 amid criticism that the bearded old man looked like a plantation owner. In 1997, administrators banned sticks in the football stadium, which largely stopped people from waving Confederate battle flags. The marching band no longer plays “Dixie.”

Because of a student-led effort, the university in 2015 stopped flying the Mississippi flag, which was the last state flag in the U.S. to prominently feature the Confederate battle emblem. Republican Gov. Tate Reeves signed a law June 30 retiring the flag.

Since 2016, the university has installed plaques to provide historical context about the Confederate monument and about slaves who built some campus buildings before the Civil War. A plaque installed at the base of the Confederate statue says such monuments were built across the South decades after the Civil War, at a time that aging Confederate veterans were dying.

“These monuments were often used to promote an ideology known as the ‘Lost Cause,’ which claimed that the Confederacy had been established to defend states’ rights and that slavery was not the principal cause of the Civil War,” the plaque says. “Although the monument was created to honor the sacrifice of Confederate soldiers, it must also remind us that the defeat of the Confederacy actually meant freedom for millions of people.”