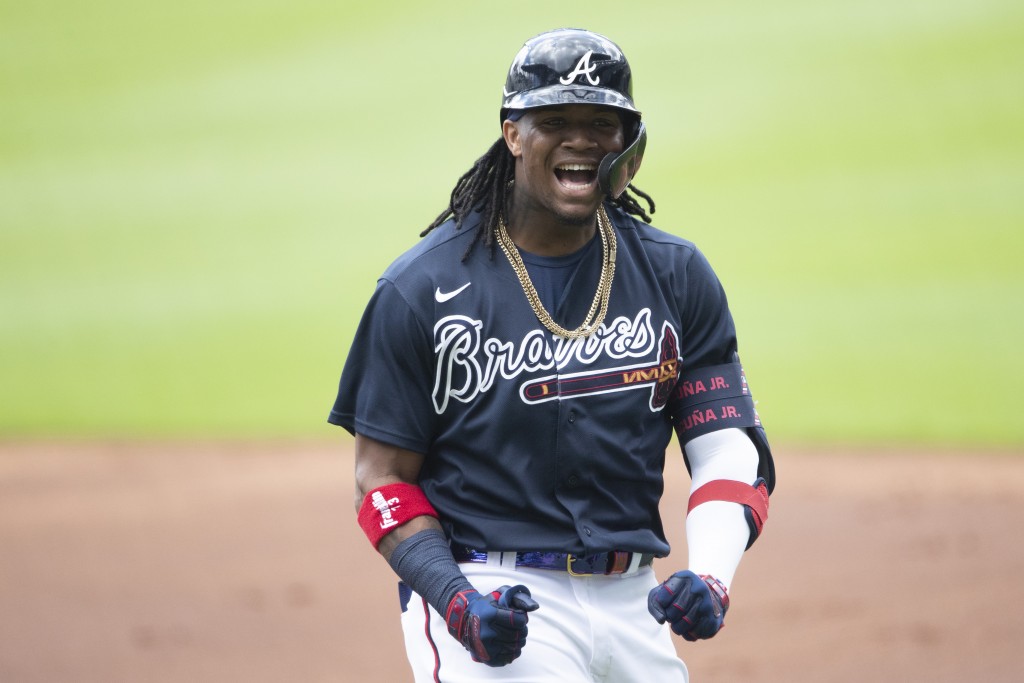 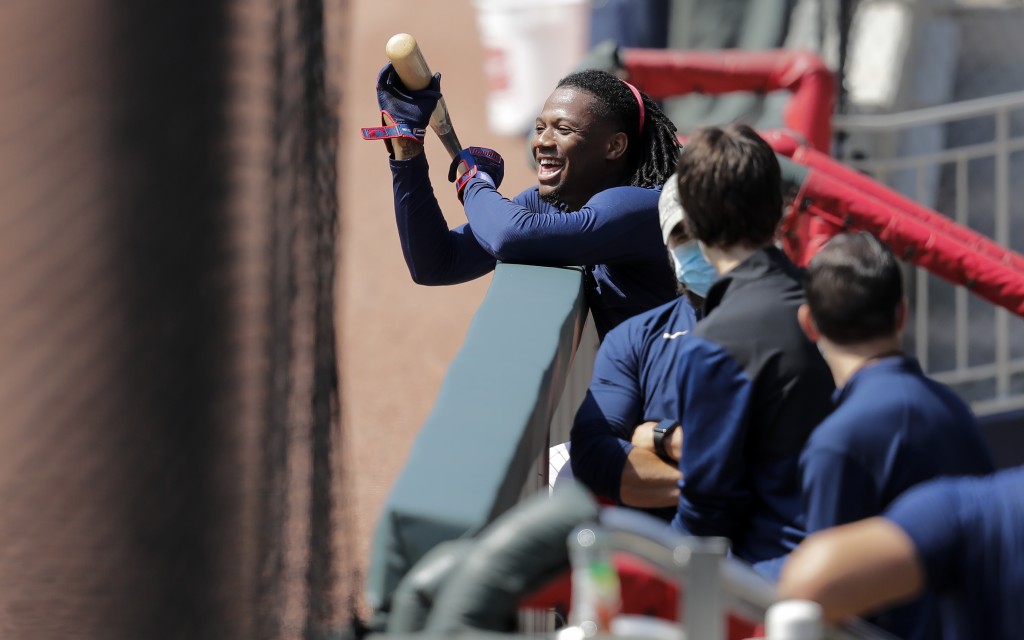 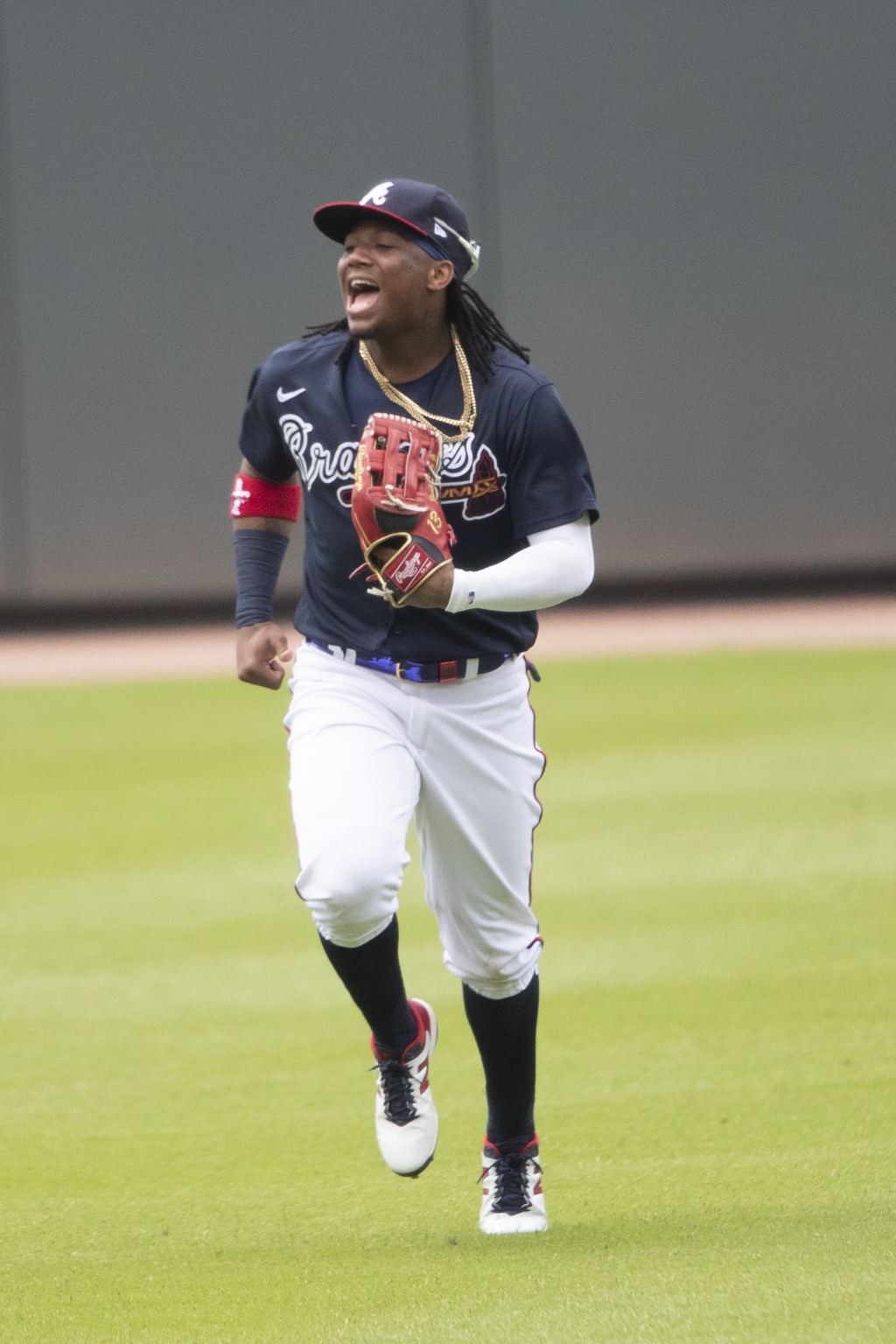 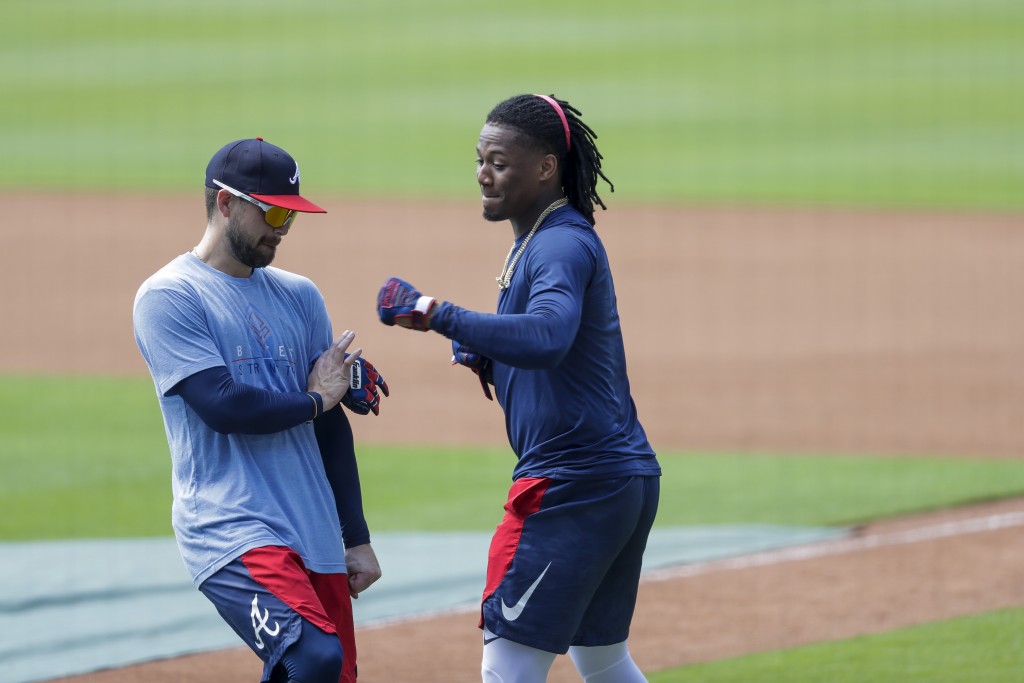 The empty seats at the Atlanta Braves' newly renamed Truist Park have left Acuña with more space to yell encouragement, sing and joke during workouts. Sometimes he teases or encourages his buddy, second baseman Ozzie Albies.

Acuña's constant chatter means there will be cheering at Braves games, even without the fans.

“You can hear his voice,” Albies said. “It’s so clear. ... He’s always singing, always loud screaming. He enjoys the game.”

Acuña, only 22, is an important lead voice for the Braves in the shortened 60-game season. Outfielder Nick Markakis has opted out and first baseman Freddie Freeman has been absent following a positive test for the coronavirus, taking away two of the team's leaders.

The Braves don't know when Freeman, the four-time All-Star, will return to the team. It seems increasingly unlikely he'll be ready for the July 24 opener at the New York Mets.

Markakis, 36, made his decision to skip the season after talking on the telephone with Freeman and realizing Freeman was struggling with symptoms, including a fever. Another veteran, right-hander Félix Hernández, the former Cy Young winner with Seattle, also opted out.

“It’s obviously going to be hard not to have Nick around and we don’t know what Freddie’s status is going to be or how much he’s going to be around,” Acuña said through a translator. “We just have to keep moving on.”

The Braves hope Ozuna can return to his peak form of 2017 with Miami, when he hit .312 with 37 homers and 124 RBIs. Ozuna couldn't match that production the last two years with St. Louis.

Ozuna, 29, could split his time between left field and designated hitter. He's expected to hit cleanup. Ozuna's production is crucial to the team's ability to replace Josh Donaldson, who signed with Minnesota.

The other key newcomers, set-up reliever Will Smith and left-handed starter Cole Hamels, may not be ready for the start of the season. Hamels, slowed by a sore left shoulder in spring training, was unable to throw a scheduled side session last week because of triceps tendinitis.

Smith was one of four players to test positive for the coronavirus at the start of summer camp. The others were Freeman, right-hander Touki Toussaint and infielder Pete Kozma. When he returns, Smith could push Mark Melancon for the closer's role.

If Ozuna is the designated hitter, the outfield could include Acuña, Ender Inciarte and Adam Duvall. Rookies Cristian Pache and Drew Waters could be needed for depth.

Hamels' arm issues and the decision by Hernández to opt out creates opportunities for such rookies as right-hander Kyle Wright, who could open the season in the rotation.

Austin Riley opened spring in a competition with Johan Camargo to replace Josh Donaldson at third base. Manager Brian Snitker said he's confident Riley, who hit 18 homers as a rookie in 2019, could make a smooth transition if needed at first base while Freeman recovers.

Duvall also can play first base. Other options include Yonder Alonso and Peter O'Brien.

Duvall, who has Type 1 diabetes, is a high-risk candidate for COVID-19. He said he made the decision to play after doing research and talking with his doctors.

Duvall said he needs his teammates to take proper precautions.

“It’s a collective thing. Everybody has got to buy in,” he said. “It’s a pretty tight-knit group here. We’ve all got each other’s back and we’re all looking out for each other.”

Players can't hug or give high-fives, so third-base coach Ron Washington devised a toe-tap with players as a new way to celebrate during the pandemic.

“I just stuck my foot out,” Washington said. “Next thing I know we started doing it.”

Washington, 68, is at high risk for the virus. He remained with the team even after first-base coach Eric Young Sr. opted out.

To help his health, Washington said he stopped smoking on March 13, when MLB cut off spring training due to the pandemic.

“I trust Major League Baseball and the protocols they have in and I also trust me,” he said.