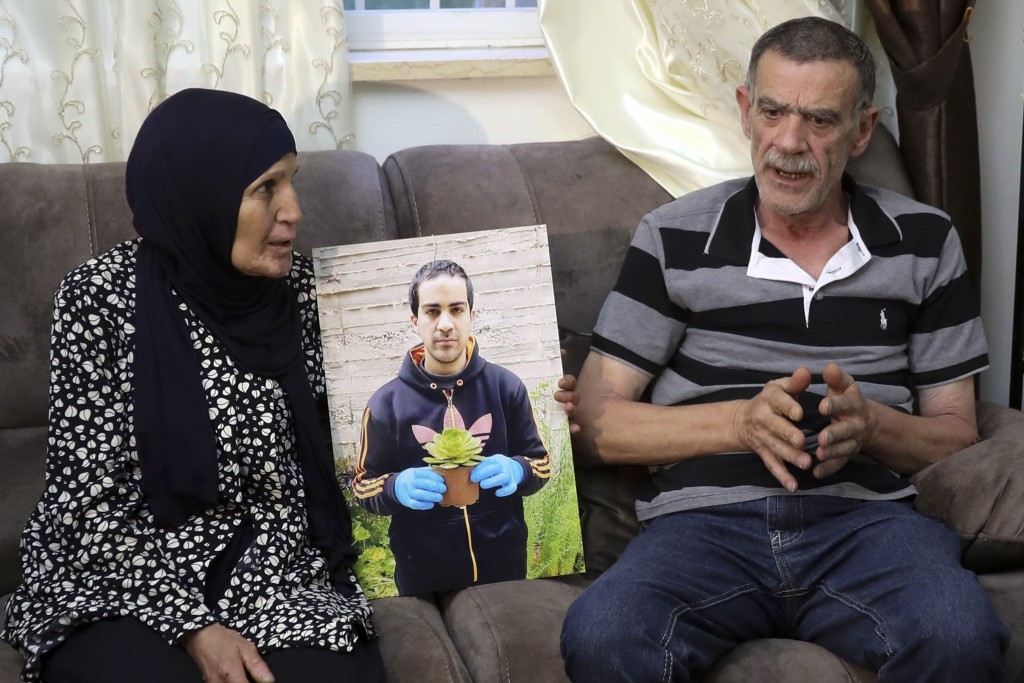 JERUSALEM (AP) — Israel's Justice Ministry on Tuesday confirmed there is no footage of the shooting of an autistic Palestinian man who was killed by Israeli police, saying that security cameras in the area were not operating properly at the time.

The admission marked a setback in the investigation and raised suspicions from the man's family about the integrity of the probe.

Eyad Hallaq, who was 32, was fatally shot just inside Jerusalem's Old City on May 30 as he was on his way to the special-needs institution that he attended. The Old City frequently experiences heightened tensions between local Palestinians and Israeli security forces, and the volatile area's narrow streets are lined with hundreds of security cameras.

In a statement, the Justice Ministry said internal affairs investigators had checked all of the cameras in the area after the shooting.

“At this stage of the investigation we can relay that the shooting incident was not documented on them,” it said. “Also in the garbage room where the deadly shooting took place, there were security cameras but those cameras were not connected at the relevant time and didn’t document the shooting.”

According to various accounts at the time, two members of Israel’s paramilitary Border Police force chased Hallaq into a nook and shot him as he cowered next to a garbage bin.

At the time, Israeli police said they believed he was carrying a “suspicious object” and said they opened fire when he failed to heed calls to stop. His teacher, who was with him, told an Israeli TV station that she had repeatedly called out to police that he was “disabled.”

The ministry said Hallaq, who was unarmed, had been mistakenly identified as an attacker and called the incident “tragic.”

It said that despite the lack of footage, investigators had interviewed a number of witnesses, in addition to the officers involved in the incident. It said the investigation was in its final stages.

The statement confirmed an announcement by Hallaq's family on Monday that police informed them there was no footage of the shooting.

“Representatives of the internal investigations department expressed their condolences to the family and requested to shake the hands of the parents," the ministry said.

The family's lawyer, Jad Qadamani, said the claim that there was no footage was unacceptable.

“We look with great suspicion on this matter and demand the immediate opening of an investigation,” he said.

At the time, the shooting drew comparisons to the death of George Floyd in the U.S. and prompted a series of small demonstrations against police violence. The uproar crossed Israeli-Palestinian lines and drew Jewish protesters as well, and Israeli leaders expressed regret over the shooting.

But since then, the family has complained about the slow pace of the investigation.

Human rights groups say Israel has a poor record of prosecuting cases of violence against Palestinians.