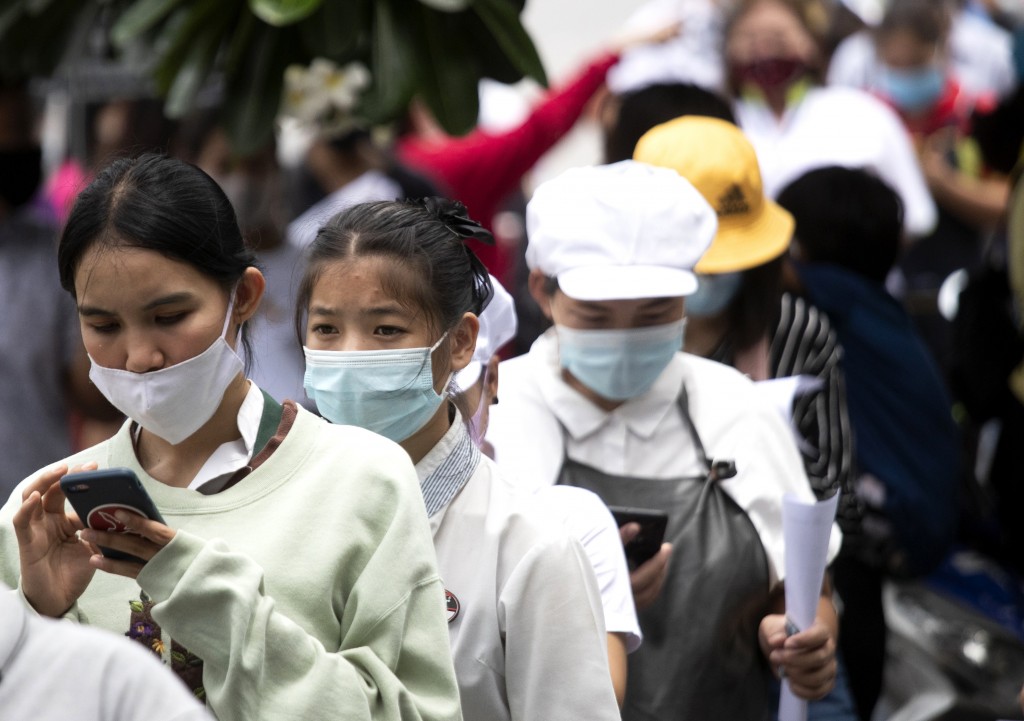 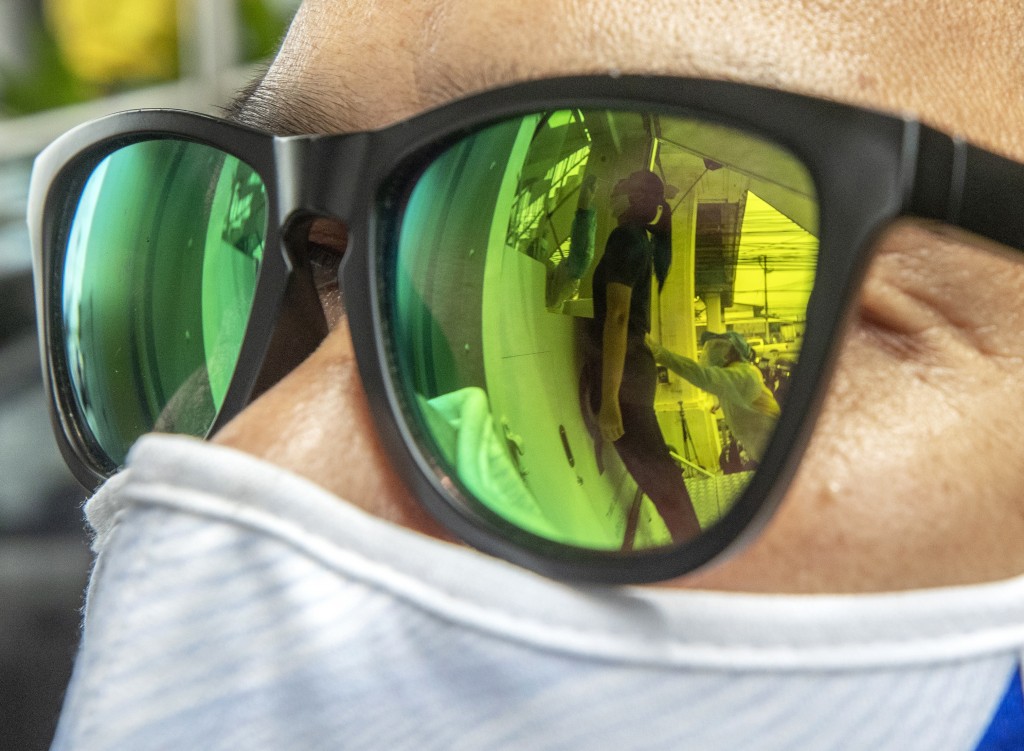 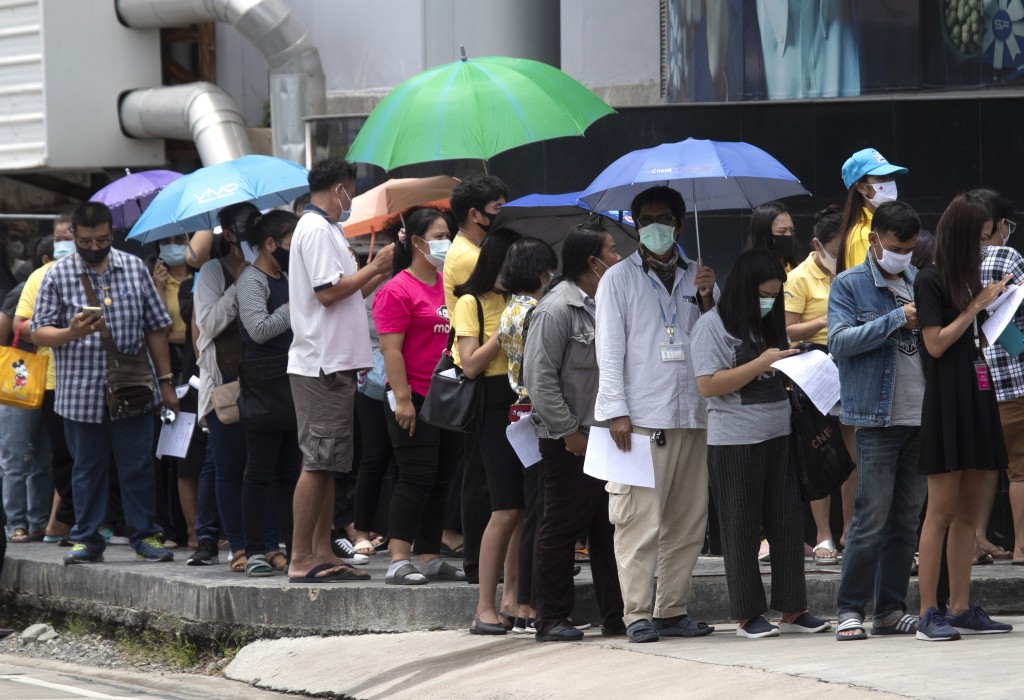 RAYONG, Thailand (AP) — Authorities in Thailand urged almost 1,900 people to quarantine themselves and get tested for the coronavirus after a breakdown in screening allowed two foreigners with the disease to pose a risk to public health.

The agency coordinating Thailand’s coronavirus response also announced Tuesday it is rolling back regulations for admitting foreign visitors in order to tighten up procedures.

The incidents involving newly arrived foreigners emerged after seven weeks during which Thailand’s only new confirmed cases of the coronavirus were from Thais repatriated from abroad, with no cases of local transmission reported. The government has been eager to begin the process of reopening the country to foreign visitors, especially tourists who are vital contributors to the economy.

Anger was palpable in the eastern province of Rayong, where a member of a visiting 31-member Egyptian military team who tested positive for the disease apparently skirted regulations to go shopping with his colleagues.

The second case involved the infected 9-year-old daughter of a foreign diplomat whose family returned from Sudan and stayed in their condominium in Bangkok.

Taweesilp Visanuyothin, spokesman for the government’s Center for COVID-19 Situation Administration, said a contact tracing app indicated that 1,882 people may have crossed paths with the infected Egyptian and urged them to self-isolate for 14 days and get tested as soon as possible. Seven people known to have had direct contact with the man have already been quarantined.

Officials in Rayong closed several schools and a mall and sealed off part of the hotel where the Egyptians stayed.

“I come to this place quite often,” said Pattamaporn Wonggnam, a 28-year-old office worker, “When I heard the news, I was quite worried.”

The incident apparently is the first to test the government’s Thai Chana contact tracing system, in which visitors to malls and other public places scan a QR code with their phones upon entry and exit. The government said it would send messages to those flagged as being at possible risk.

Deputy Public Health Minister Satit Pitutecha confirmed at a news conference in Rayong that the infected Egyptian was part of a group that went shopping. He blamed them for not cooperating with rules guiding the isolation of foreign visitors.

The COVID-19 center on Monday revealed the details of the Egyptian military team’s stopovers at U-Tapao airport in Rayong.

The group arrived in Thailand via the United Arab Emirates and Pakistan on the night of July 8 and flew to Chengdu in China and back on July 9. They were tested for the coronavirus on July 10 and that same day members of the group visited several public locations, including two malls, in Rayong.

By the time the results of the infected man’s test were processed on July 11, the Egyptian team had departed for home.

He also said permission for three categories of foreign visitors who were recently allowed entry — VIP guests of the government, diplomats or representatives of international organizations, and businesspeople and investors and others on approved missions — is temporarily postponed pending a revamp of entry procedures. The latter group would be allowed to travel on special repatriation flights for Thais.

In Rayong, a 68-year-old company manager expressed her distress over how the government handled the situation.

“I am angry because this shouldn’t happen. They should have been quarantined, same as Thais who travel back who have to be quarantined for 14 days,” said Panpen Sakulkru. “Why did this group of people receive a privilege and was able to skip the quarantine?”

A third revision of rules by announced by the COVID-19 center will require arriving diplomats to stay in state-supervised quarantine for 14 days instead of self-isolating.

That ruling was apparently in response to the case of the daughter of a diplomat from Sudan whose family traveled from their homeland on July 7 and reportedly tested negative for the coronavirus on arrival in Bangkok. However, the girl was retested after showing symptoms and was found to be positive.

The family has been staying in a condominium in Bangkok which health authorities will now investigate for any spread of the disease. Diplomats, unlike ordinary foreigners entering Thailand, did not have to stay at state quarantine facilities, but the rules guiding their quarantine were not clearly spelled out.