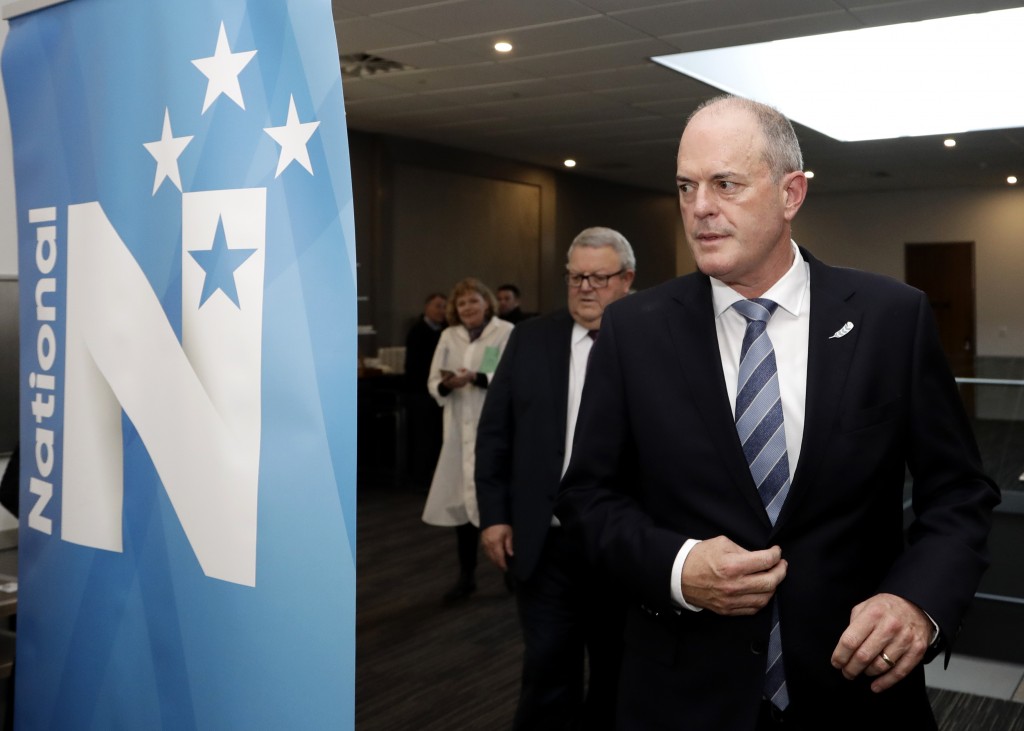 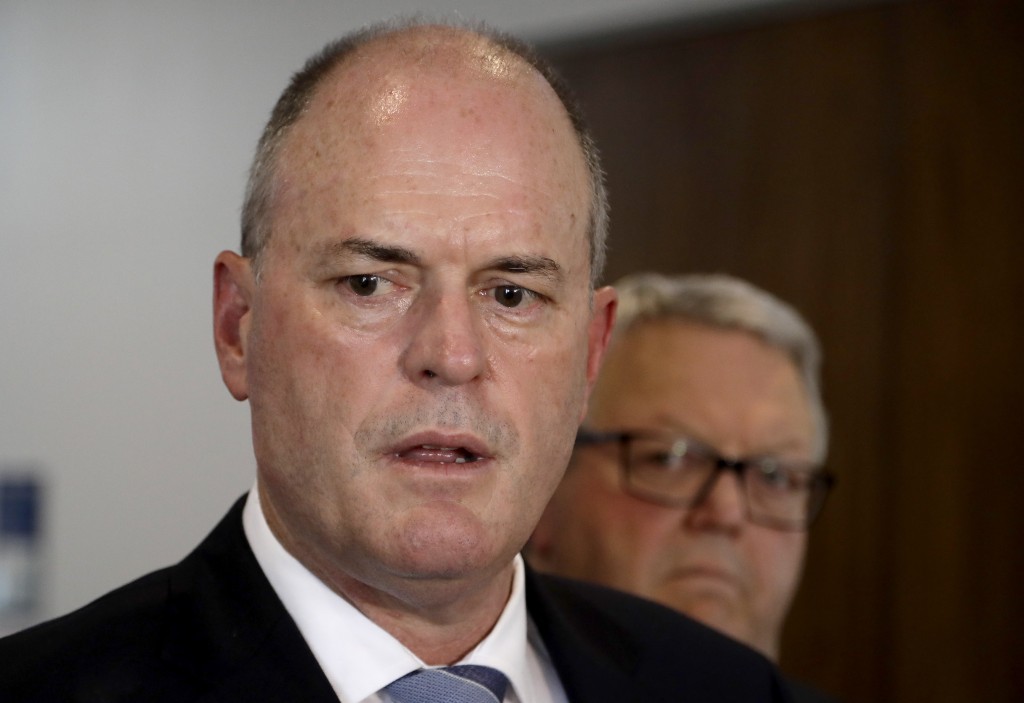 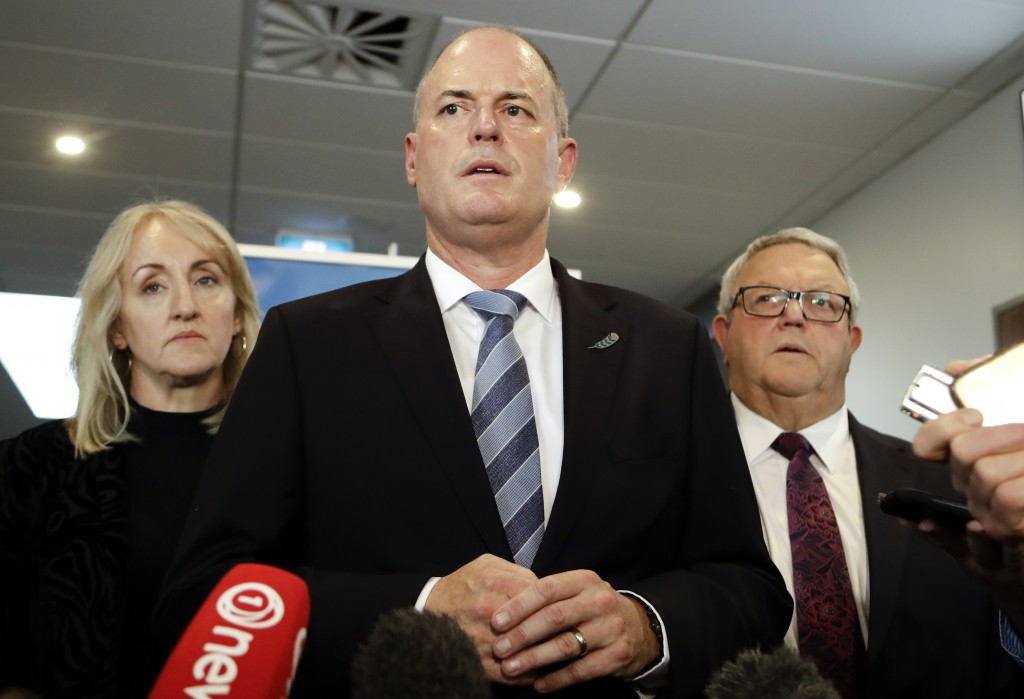 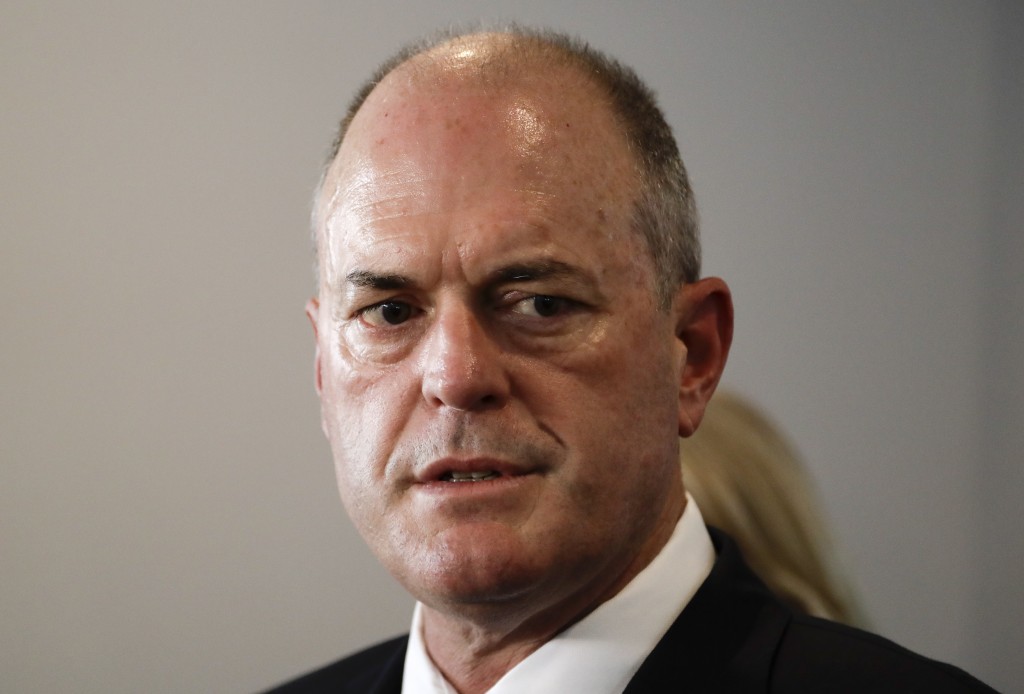 Muller shocked lawmakers in the right-of-center party when he issued a statement early Tuesday morning saying he was stepping down “effective immediately.” The 67-year-old former business executive had led the party for only 53 days, toppling previous leader Simon Bridges in a leadership coup amid National’s stagnant polling numbers.

Collins was chosen to take over the leadership in a hastily arranged meeting of the party’s parliamentary caucus in Wellington on Tuesday evening. She is National’s fourth leader in three years and its second female leader.

Collins was first elected to Parliament in 2002, serving in governments under prime ministers John Key and Bill English. She held police and corrections portfolios and is seen to represent the right-wing of the National Party, having previously promoted strong law and order policies.

Collins now faces the task of trying to rally National’s support 67 days from Sept. 19 elections at which it will try to unseat the governing Labour Party of popular Prime Minister Jacina Ardern. Recent polls show Labour with sufficient support to form a majority government, a first since New Zealand adopted a system of proportional representation in 1996.

All previous governments since that time have been coalitions and Labour currently governs with the support of the Green Party and right-of-center New Zealand First.

Muller's sudden departure forced a scramble of lawmakers to Wellington during a parliamentary recess.

Collins is understood to have won a contested leadership contest, but details of the vote have not been released.

Muller said his health made his continuation in the leadership untenable.

“The role has taken a heavy toll on me personally, and on my family, and this has become untenable from a health perspective.”

The National Party has been embroiled in scandal for the past week after it was revealed a junior lawmaker leaked private health details of New Zealand coronavirus patients to news media. The information was provided by a former party president who received it confidentially in her capacity as acting chief executive of the Auckland rescue helicopter organization.

Muller was a low-profile member of the party when he was chosen to lead the coup that toppled Bridges, whose lack of popularity with voters had begun to worry party lawmakers as the election approached.

National has struggled to dent the popularity of charismatic Prime Minister Ardern, whose government has high approval ratings for its handling of the coronavirus pandemic. New Zealand has gone 73 days without a case of community transmission and has suffered only 22 deaths.

Life has returned largely to normal with schools, bars and restaurants all open and with packed stadiums at sports events.