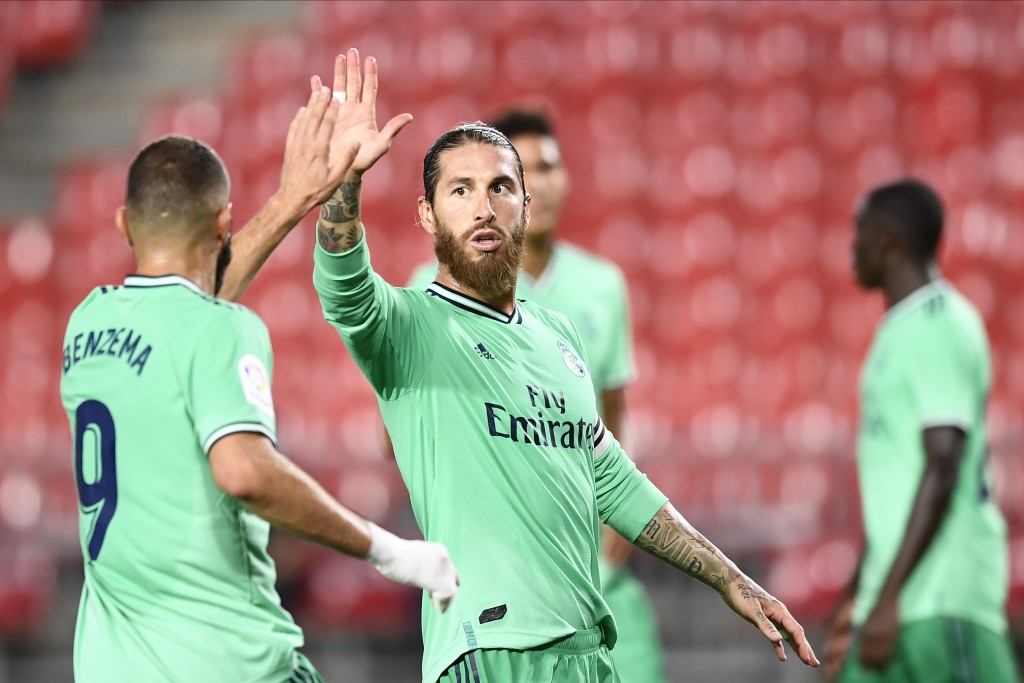 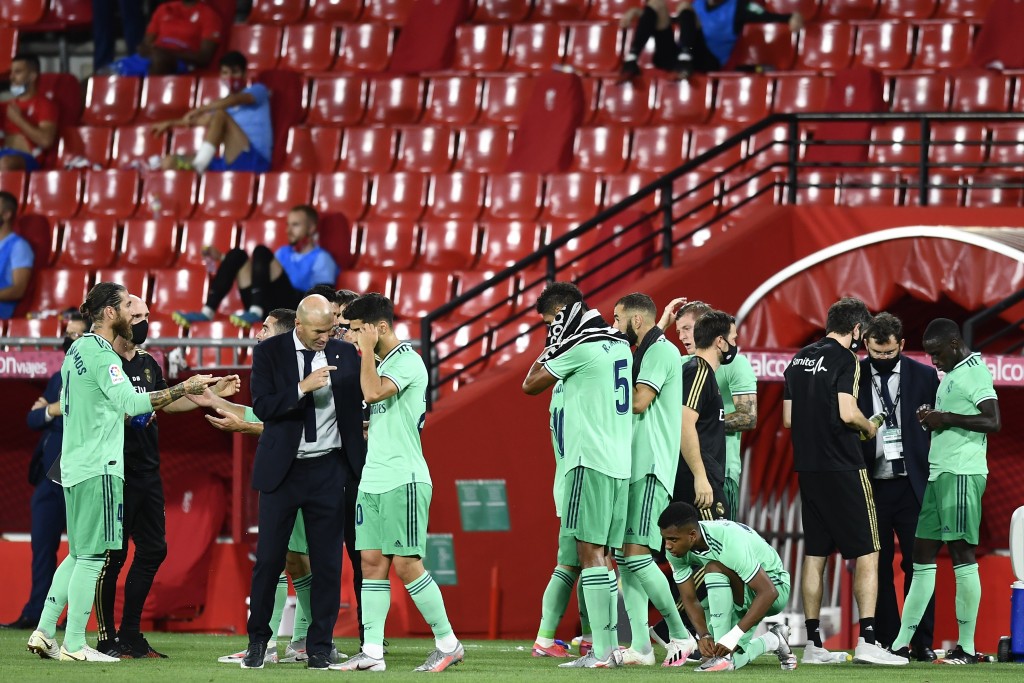 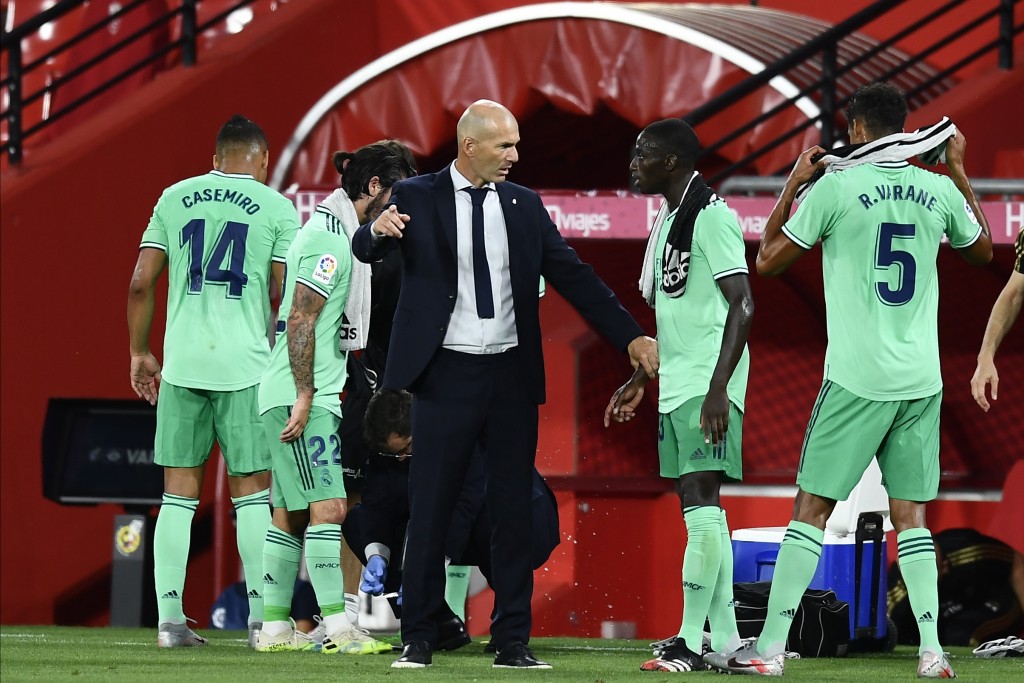 MADRID (AP) — Real Madrid saved its best for last in the Spanish league, putting itself in position to reclaim the title from its biggest rivals.

While Barcelona has endured an up-and-down return since the forced break, Madrid has been perfect, winning every match and entering the last two rounds with a four-point lead.

“Maybe the coronavirus confinement was the turning point that we needed to start reacting and fully focusing on what we needed to do when the league resumed,” Madrid captain Sergio Ramos said after the team’s 2-1 win over Granada on Monday, its ninth straight after the break.

“We prepared very well at home and after we came back,” Ramos said. “We had a goal of winning the league and here we are, fighting for it. Hopefully we can celebrate the title on Thursday.”

Madrid can lift the trophy for a record 34th time with a win against Villarreal at home on Thursday, or if Barcelona fails to beat Osasuna on the same day. Two draws in the final two matches will also be enough to secure Madrid its first league title since 2017.

“After three months stuck at home we were given an opportunity to play again and you try to prepare as well as possible and that’s what we did,” Real Madrid coach Zinedine Zidane said. “We are prepared to achieve our goals but we have two matches left and we want to try to win the title on Thursday.”

Madrid is the only team with a perfect record since the league resumed, and its run of nine wins in a row is its best of the season. It had lost three of its last four matches in all competitions before the break, including to Manchester City at home in the Champions League.

Madrid returned from the break trailing Barcelona at the top of the Spanish league, but it regained the lead after the Catalan club struggled and drew three of its nine matches.

“We prepared ourselves to try to win every match, and it’s not easy to win nine in a row in this league, which is the hardest in the world,” Zidane said. “There are no easy matches but we always think we can win them because we have quality players to do that. I’m proud of my players.”

Madrid's last game is at relegation-threatened Leganés on Sunday, while Barcelona finishes at Alavés, which is also fighting against demotion.