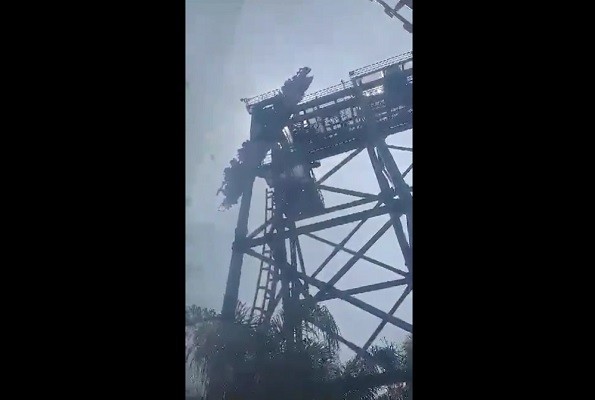 At 2:17 p.m. on Sunday afternoon, 20 passengers riding the Gravity Max at the Lihpao Land (麗寶樂園) theme park in Taichung's Houli District found themselves trapped in mid-air at the top of the ride, 10 stories above the ground, reported ETtoday. The movable section of the ride, which is billed as the world's only tilt roller coaster, normally tilts from horizontal to vertical when the train reaches the top of the lift hill, locks into place, and free falls straight down.

However, this time the ride became stuck midway before completely switching to vertical mode, leaving passengers dangling precariously in the air. When it became apparent that the ride was malfunctioning, some passengers shouted "It's stuck," while others screamed out of fear, according to Liberty Times.

In a video of the incident posted on Breaking News Commune (爆料公社), the platform can be seen stuck in a diagonally downward position. In another video posted that day on YouTube, the platform carrying the train can be seen very slowly switching into reverse to return to the horizontal mode before park workers can be seen walking alongside the train.

Noticing that something was amiss, the ride operator switched to manual mode and reversed the platform, putting it in a horizontal position. After being stuck on the ride for 13 minutes, passengers were escorted off the ride and through a maintenance walkway by park personnel.

UDN cited Wang Yung-hao (王永豪), the director of the park, as saying that one of the ride's 49 safety sensors had detected an abnormality with one of the electronic switches and halted the ride. Wang claimed that as part of standard operating procedure, passengers are notified that the ride could come to a sudden stop if a safety mechanism is triggered, in which case it will be switched to manual mode and they will be escorted off the ride.

According to the Taichung Urban Development Bureau, the rides at the park have been inspected by a professional team and spot checks have been carried out in the past. It pledged that it would cooperate with the Tourism Bureau on an on-site inspection to evaluate the maintenance status of the equipment. 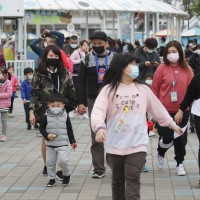 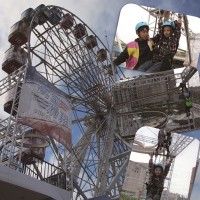 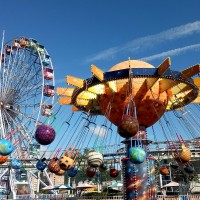 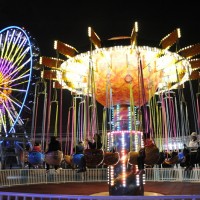