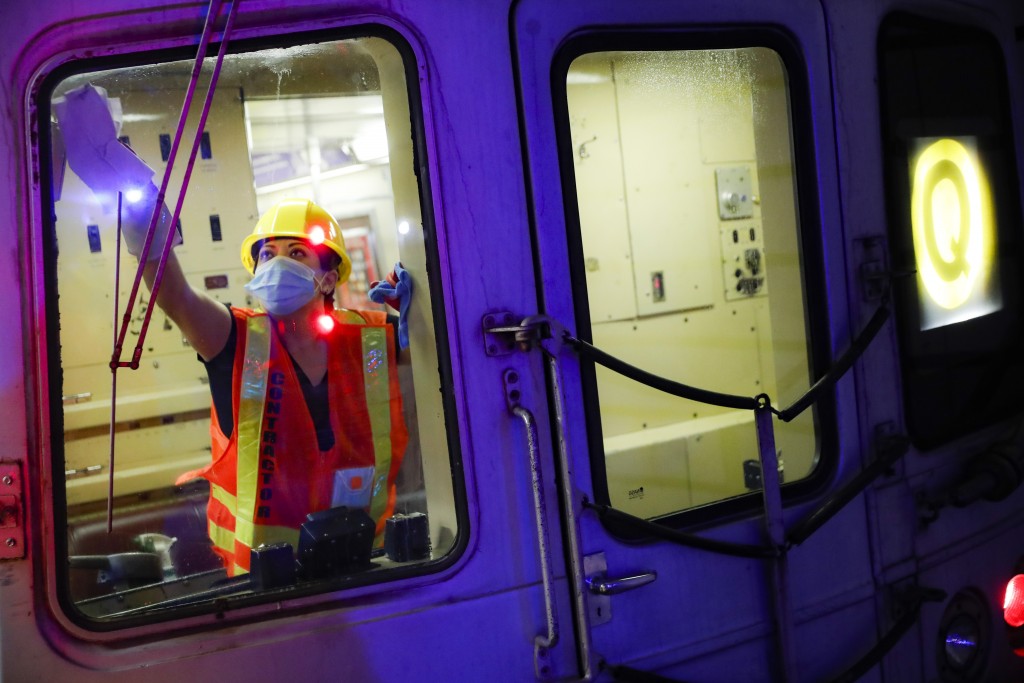 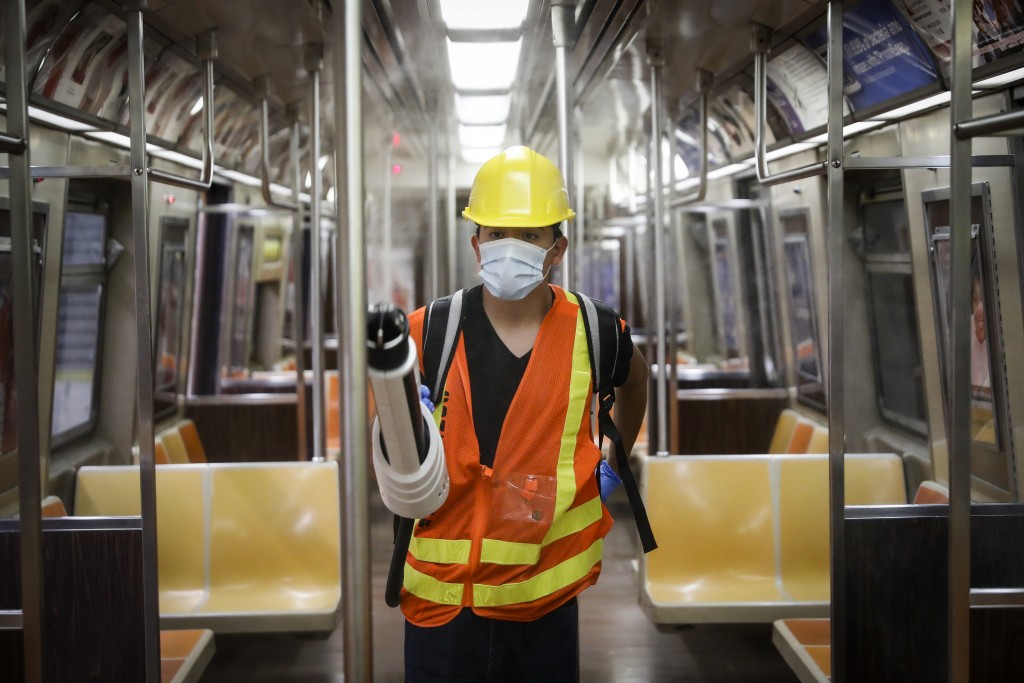 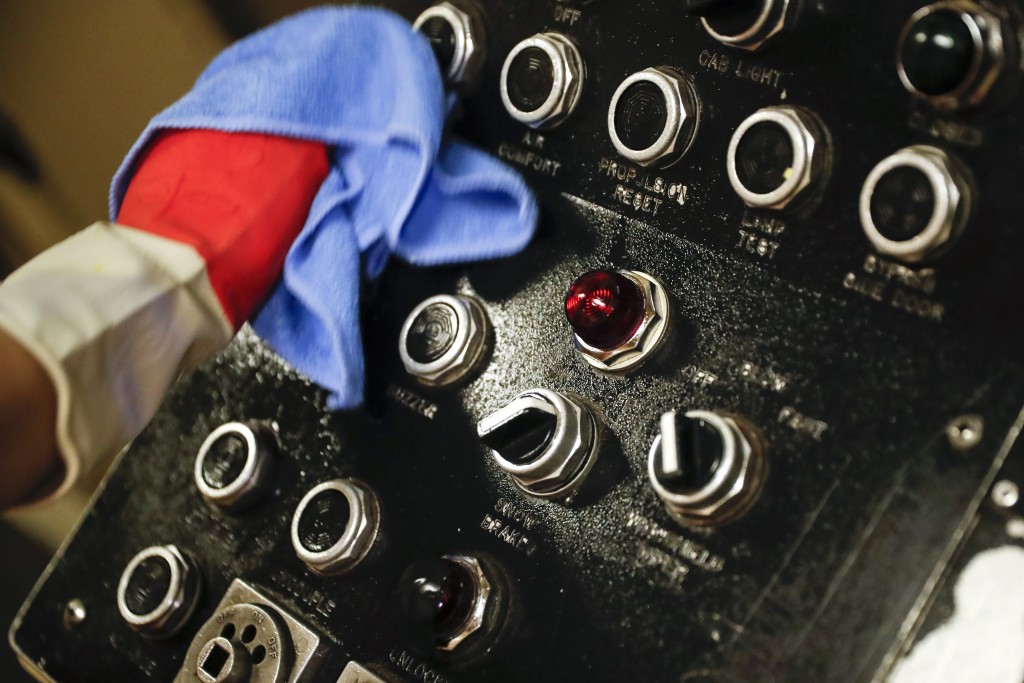 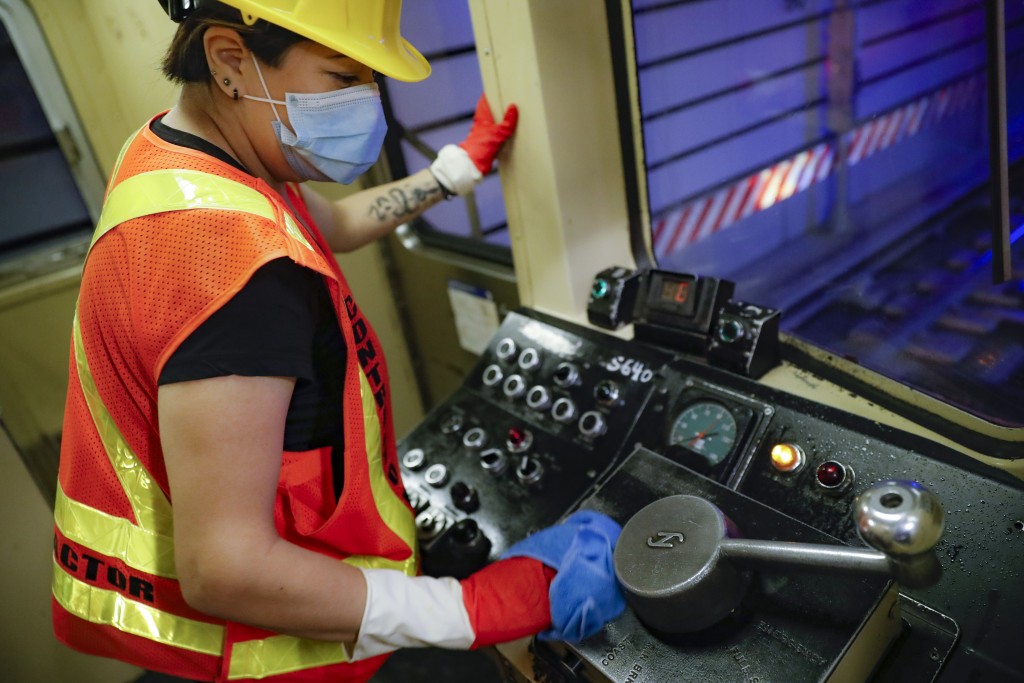 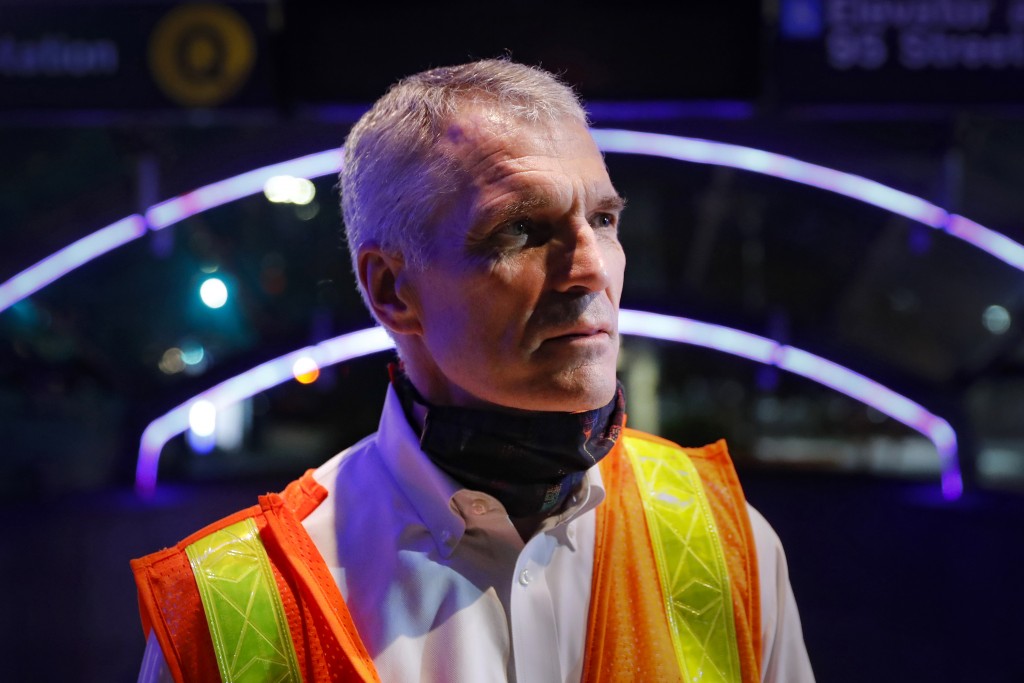 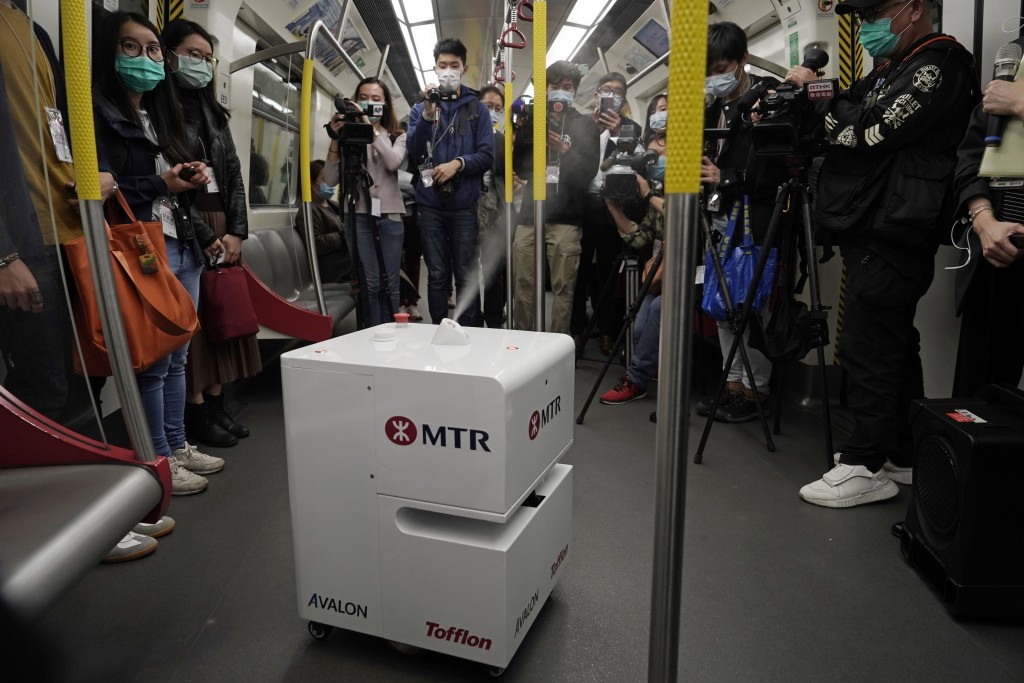 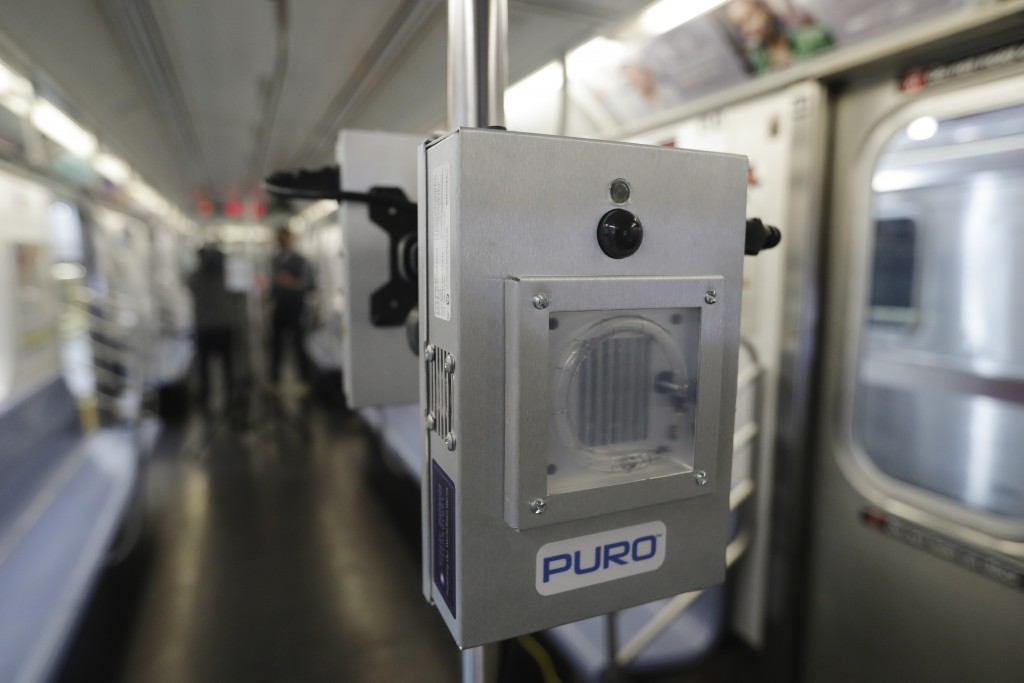 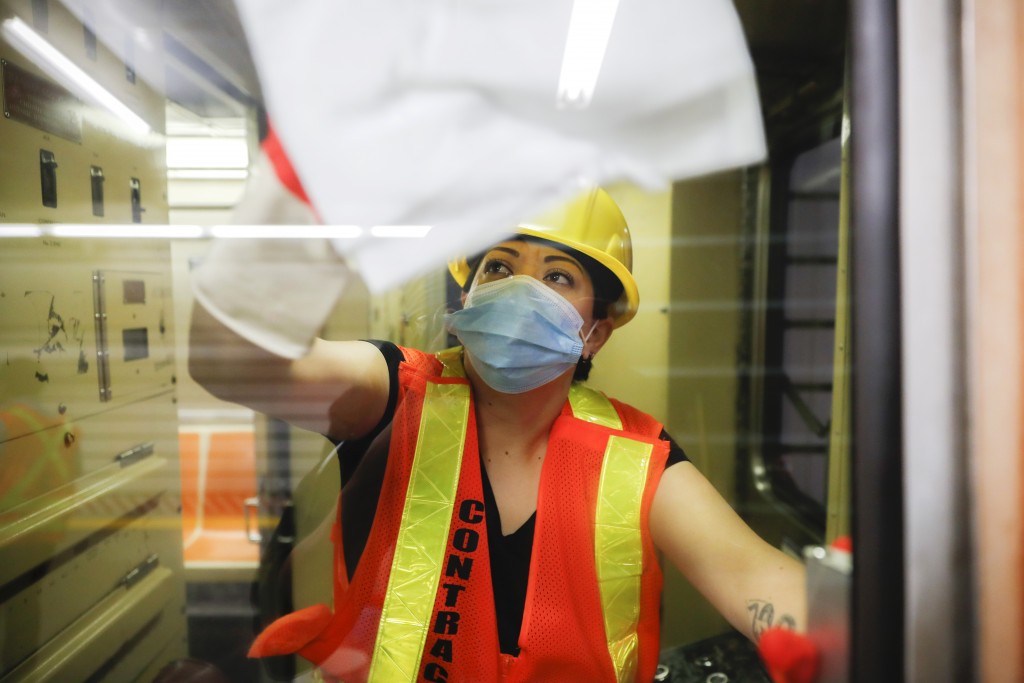 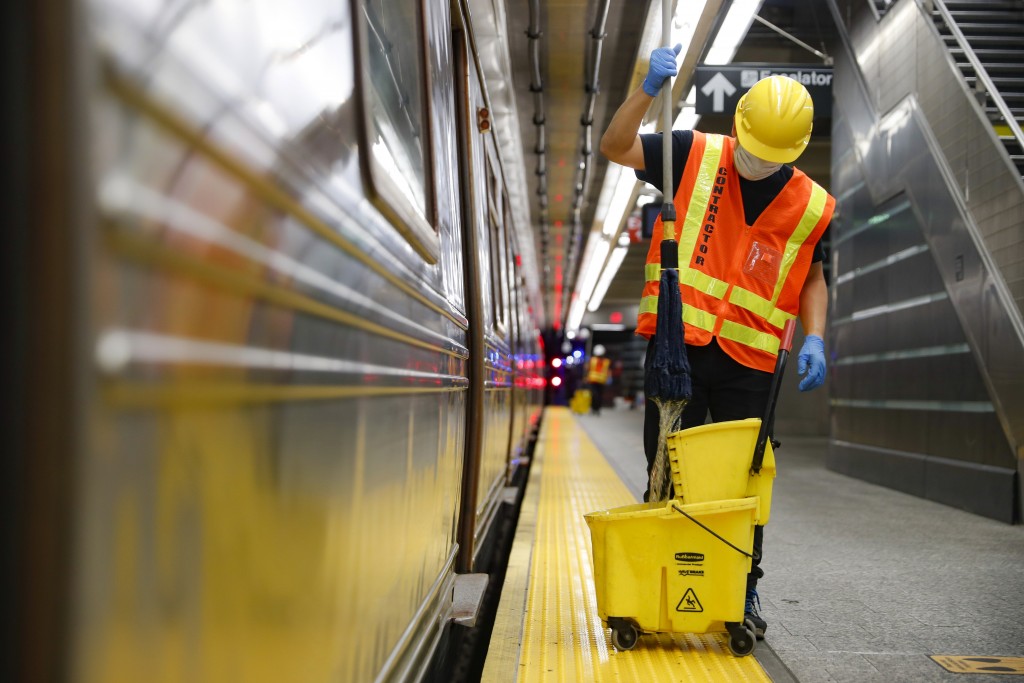 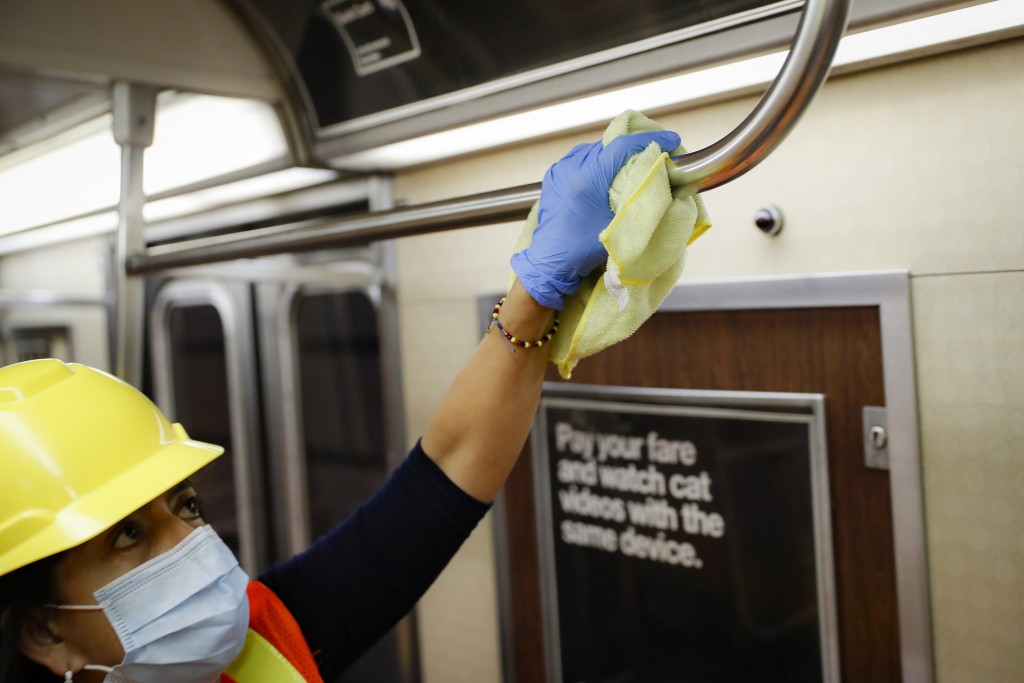 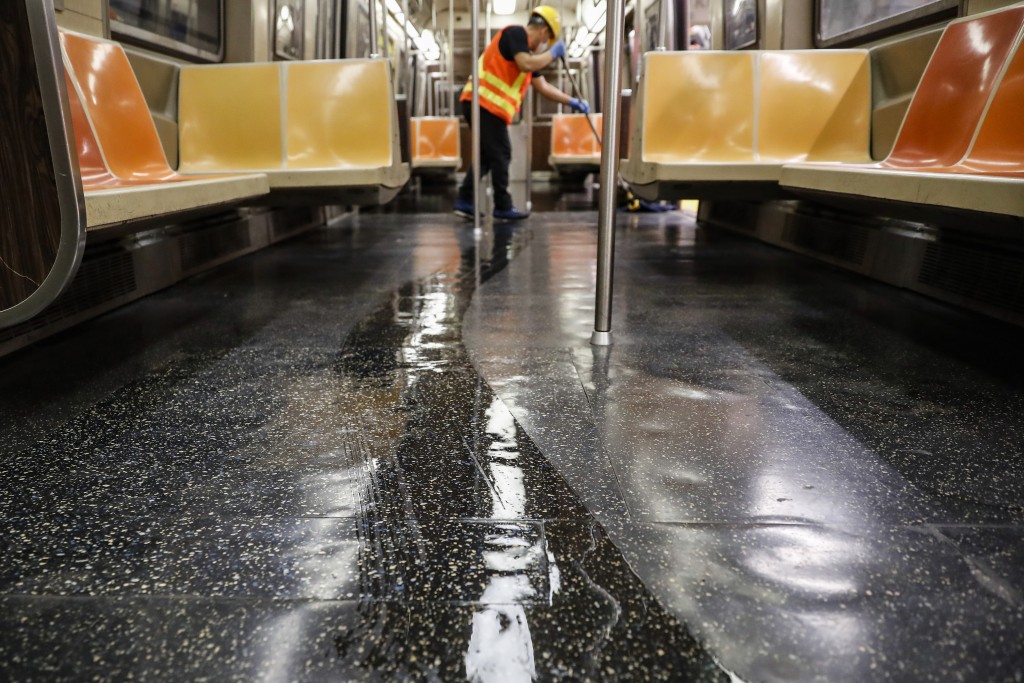 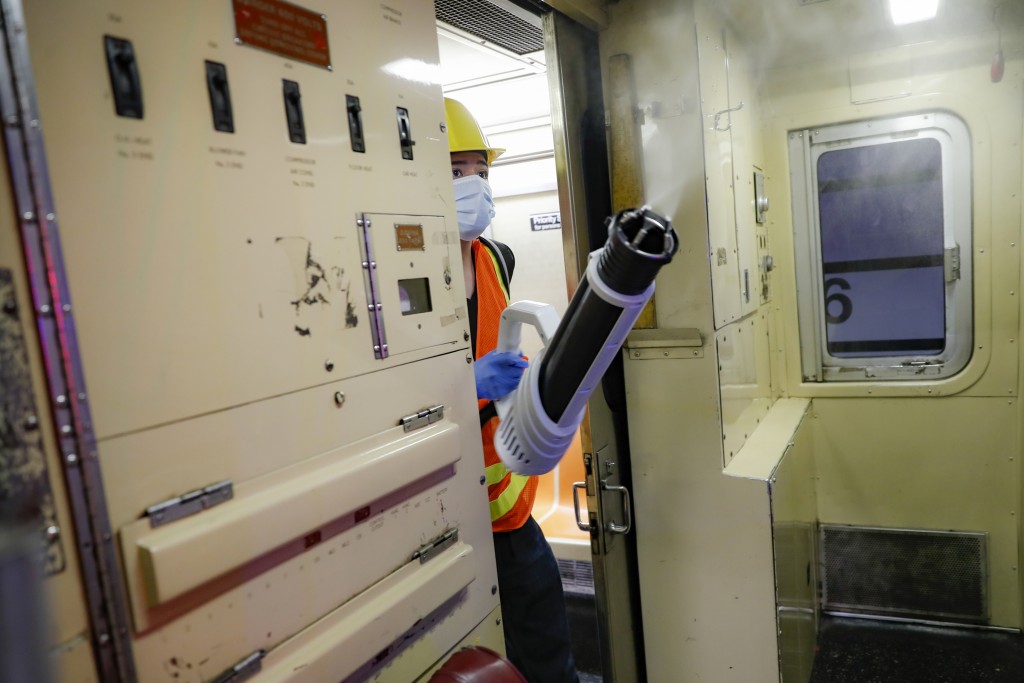 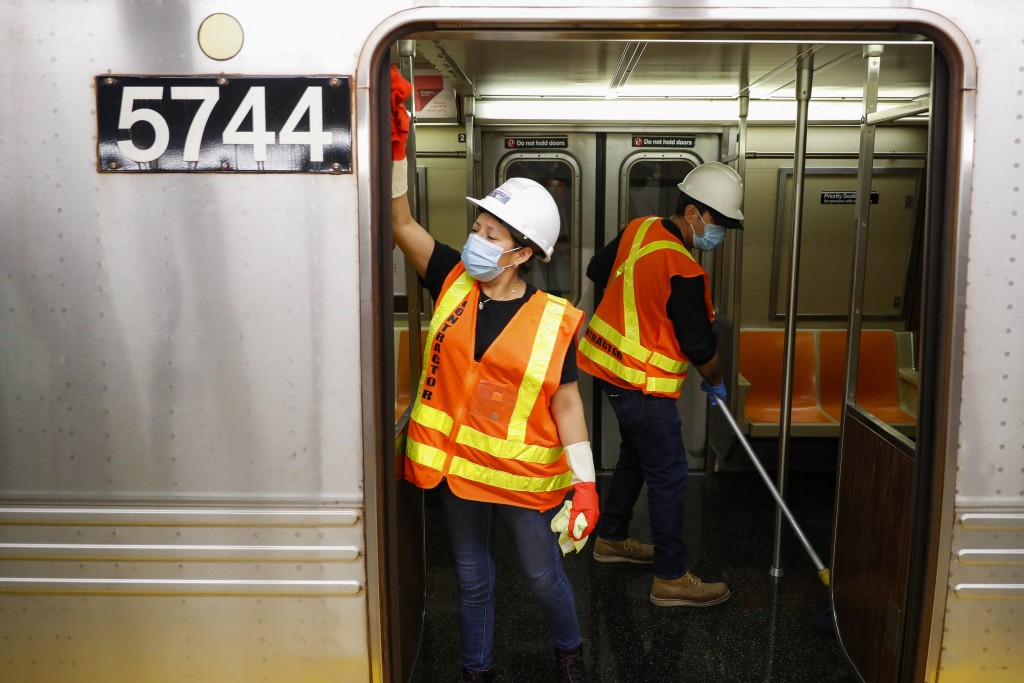 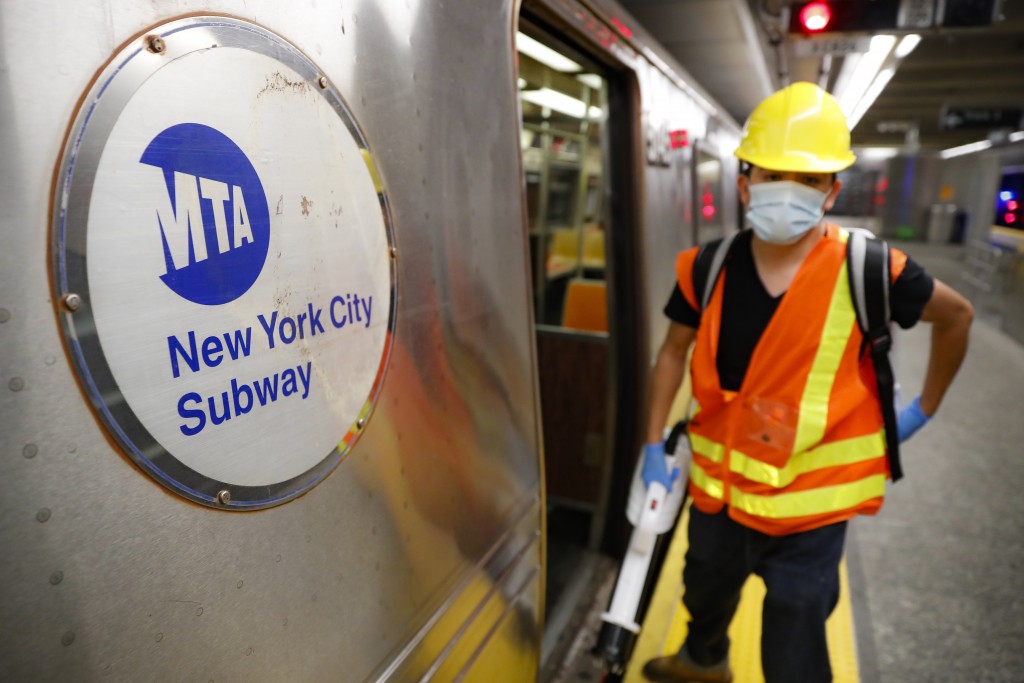 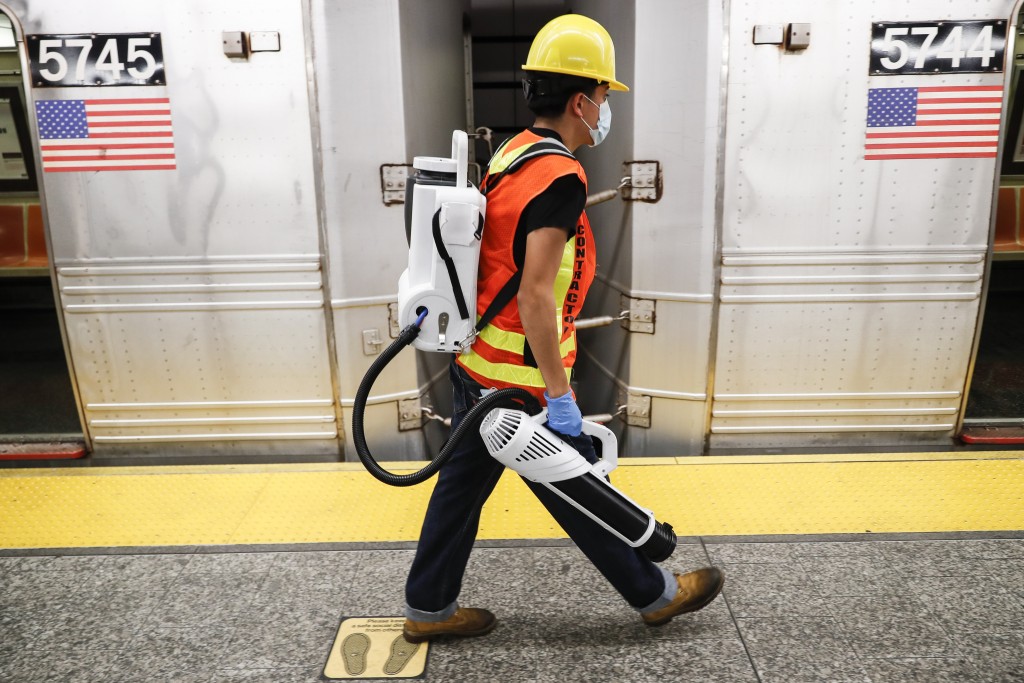 NEW YORK (AP) — Mass transit systems around the world have taken unprecedented — and expensive — steps to curb the spread of the coronavirus, including New York shutting down its subways overnight and testing powerful ultraviolet lamps to disinfect seats, poles and floors.

The cleaning measures produced something commuters have not seen in a while, or possibly ever: thousands of freshly scrubbed cars that look, feel and even smell clean. But experts say those steps solve only part of the problem, and transit officials are studying more advanced methods that might someday automatically disinfect transit systems around the clock.

The Moscow Metro and a public bus company in Shanghai have experimented with germ-killing ultraviolet light. Agencies in Hungary and the Czech Republic have tried using ozone gas as a disinfectant. The public transit system in Dallas tested a “dry fogging” system, and Hong Kong used a robot that sprays a hydrogen peroxide solution, according to a survey by international engineering and professional services firm WSP.

In Chicago, rail cars are cleaned every day before starting service and are prowled at night by crews wearing backpack-style electrostatic sprayers that cover all interior surfaces with disinfectant.

All that cleaning does cut the threat of catching the virus, experts say, but the benefits are limited.

The virus transmits predominantly through droplets in the air — it's “everywhere and could be nowhere,” said Robyn Gershon, a clinical professor of epidemiology at New York University.

Cleaning a train car at a maintenance yard overnight — or even several times during the day, as New York's Metropolitan Transportation Authority does — might not help the transit employee or passenger stuck in close quarters with a coughing person.

Wearing a face mask "will protect us the most, having that control among ourselves," Gershon said. "I think the rest of it is really more the illusion, and that’s not a small thing because it plays with our psyches.”

Patrick Warren, the MTA’s chief safety officer, said the authority's aggressive cleaning and disinfecting began at a time when health officials were warning that the virus could easily be transmitted from hard surfaces — guidance that has since evolved to place more emphasis on airborne transmission.

“As goes the science, so goes what we are doing,” Warren said.

New York's subway system normally serves more than 5 million riders a day, but ridership plunged more than 90 percent at the height of the pandemic. Combined with plummeting revenues at its toll bridges and tunnels, the MTA has projected the pandemic will cost the agency more than $10 billion through next year. The cleaning program will wind up costing hundreds of millions of dollars over what the MTA would normally spend, Chairman Pat Foye said this past spring.

Is it worth the price? A survey of 1,000 mass transit riders conducted by New York-based advocacy group Tri-State Transportation Campaign found that cleaning topped a list of actions people wanted before they would feel comfortable riding mass transit again.

“But to what extent are we now overspending, or veering too far into security theater?” Executive Director Nick Sifuentes asked recently.

Dr. David Brenner, director of the Center for Radiological Research at Columbia University Medical Center and a consultant for the MTA, called the cleaning “not an ideal solution, but it’s a solution that is available.”

“I think it does increase the public safety because instead of having a continuous buildup of the virus, you are going back to zero every day," Brenner said. “A much better solution would be if you could continuously decontaminate the air throughout the course of the day.”

That possibility may be on the horizon. A 2018 study and another published this month, both of which Brenner contributed to, concluded that low levels of a certain type of ultraviolet light, called far-UVC light, can be circulated continuously in an enclosed space and kill some forms of human coronavirus as effectively as conventional UV light — without the harmful effects to human eyes and skin.

Far-UVC light could offer a whole new level of protection for passengers and transit employees, if it is also found to be effective against the virus that causes COVID-19. The MTA is exploring using the technology on its subways.

The MTA is already testing a different form of UV light to disinfect subway cars, but it can only be done at station yards when the cars are out of service because of the harmful effect on humans. The limited pilot program costs about $1 million. Officials have not said how much it would cost to expand to the whole system. Chicago Transit Authority officials are waiting for the results of New York’s pilot program to see if the light is an option for their transit system.

Fred Maxik, whose company, Healthe, makes far-UVC light systems that are being used in office buildings and schools, cautioned that far-UVC light is not necessarily a panacea for anxious subway riders.

“No technology we have today is going to be perfect. It’s going to have to be used in conjunction with other good behaviors,” he said. “But I think this is the best of what we’ve got.”

Warren called far-UVC “a great innovation” but added that the logistical challenges of installing it across a century-old subway system are formidable. He would not speculate on what the agency's cleaning efforts might look like a year from now.

“That’s the equation that everyone wants the answer to, including us,” he said, explaining that the agency is weighing what methods are economical and effective. "If we can’t have a clean, disinfected system that the customers trust, we’re not going to get the customers to come back.”