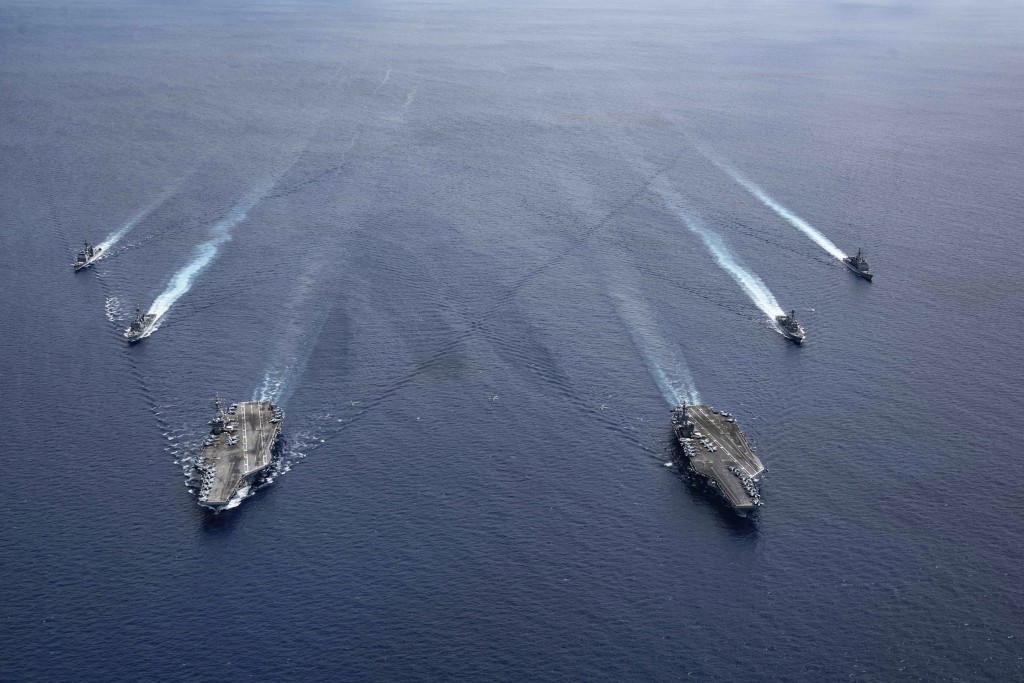 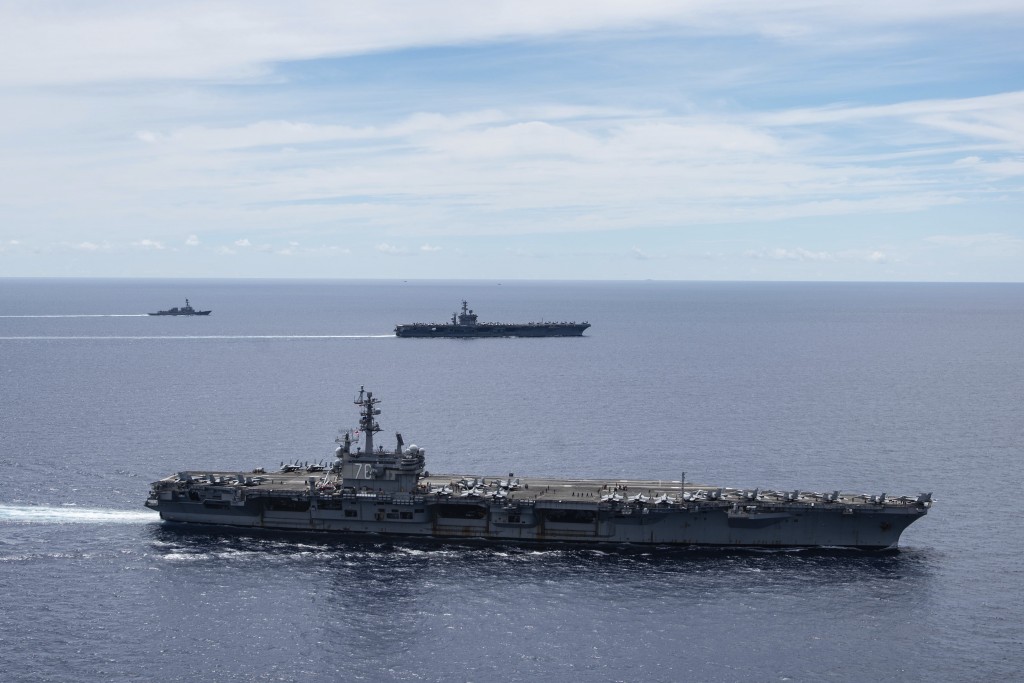 WASHINGTON (AP) — U.S. officials say the Trump administration is poised to escalate its actions against China by stepping squarely into one of the most sensitive regional issues dividing them and rejecting outright nearly all of Beijing’s significant maritime claims in the South China Sea.

In a move the officials say is expected as early as Monday, the administration will present the decision as an attempt to curb China’s increasing assertiveness in the region with a commitment to recognizing international law. But it will almost certainly have the more immediate effect of further infuriating the Chinese, who are already retaliating against numerous U.S. sanctions and other penalties on other matters.

The officials were not authorized to discuss the matter publicly and spoke on condition of anonymity.

It will also come as President Donald Trump has come under growing fire for his response to the COVID-19 pandemic, stepped up criticism of China ahead of the 2020 election and sought to paint his expected Democratic challenger, former Vice President Joe Biden, as weak on China.

Previously, U.S. policy had been to insist that maritime disputes between China and its smaller neighbors be resolved peacefully through U.N.-backed arbitration. But in a statement prepared for release on Monday, the administration plans to say the U.S. now regards virtually all Chinese maritime claims outside its internationally recognized waters to be illegitimate. The shift does not involve disputes over land features that are above sea level, which are considered to be "territorial" in nature.

“The world will not allow Beijing to treat the South China Sea as its maritime empire,” a draft of the statement says. “America stands with our Southeast Asian allies and partners in protecting their sovereign rights to offshore resources, consistent with their rights and obligations under international law. We stand with the international community in defense of freedom of the seas and respect for sovereignty and reject any push to impose 'might makes right' in the South China Sea or the wider region.”

Although the U.S. will continue to remain neutral in territorial disputes, the announcement will mean the administration is in effect siding with Brunei, Indonesia, Malaysia, the Philippines and Vietnam, all of which oppose Chinese assertions of sovereignty over maritime areas surrounding contested islands, reefs and shoals.

“There are clear cases where (China) is claiming sovereignty over areas that no country can lawfully claim,” the State Department said in a fact sheet prepared to accompany the statement.

The announcement is intended to be released a day after the fourth anniversary of a binding decision by an arbitration panel in favor of the Philippines that rejected China's maritime claims around the Spratly Islands and neighboring reefs and shoals.

China has refused to recognize that decision, which it has dismissed as a “sham,” and refused to participate in the arbitration proceedings. It has continued to defy the decision with aggressive actions that have brought it into territorial spats with Vietnam, the Philippines and Malaysia in recent years.

However, as a result, the administration says China has no valid maritime claims to the fish- and potentially energy-rich Scarborough Reef, Mischief Reef or Second Thomas Shoal. The U.S. has repeatedly said that areas regarded to be part of the Philippines are covered by a U.S.-Philippines mutual defense treaty in the event of an attack on them.

In addition to reiterating support for that decision, the draft statement says China cannot legally claim the James Shoal near Malaysia, waters surrounding the Vanguard Bank off Vietnam, the Luconia Shoals near Brunei and Natuna Besar off Indonesia. As such, it says the U.S. will regard any Chinese harassment of fishing vessels or oil exploration in those areas as unlawful.

The announcement is coming amid heightened tensions between the U.S. and China over numerous issues, including the coronavirus pandemic, human rights, Chinese policy in Hong Kong and Tibet and trade, that have sent relations plummeting in recent months.

But the practical impact of the announcement isn't immediately clear. The U.S. is not a party of the UN Law of the Sea treaty that sets out a mechanism for the resolution of disputes. Despite that, the State Department noted that China and its neighbors, including the Philippines, are parties to the treaty and should respect the decision.

The United States has no claims to the waters but has deployed warships and aircraft for decades to patrol and promote freedom of navigation and overflight in the busy waterway.

Last week, China angrily complained about the U.S. flexing its military muscle in the South China Sea by conducting joint exercises with two U.S. aircraft carrier groups in the strategic waterway. The Navy said the USS Nimitz and the USS Ronald Reagan, along with their accompanying vessels and aircraft, conducted exercises “designed to maximize air defense capabilities, and extend the reach of long-range precision maritime strikes from carrier-based aircraft in a rapidly evolving area of operations.”

China claims almost all of the South China Sea and routinely objects to any action by the U.S. military in the region. Five other governments claim all or part of the sea, through which approximately $5 trillion in goods are shipped every year.

China has sought to shore up its claim to the sea by building military bases on coral atolls, leading the U.S. to sail warships through the region in what it calls freedom of operation missions.