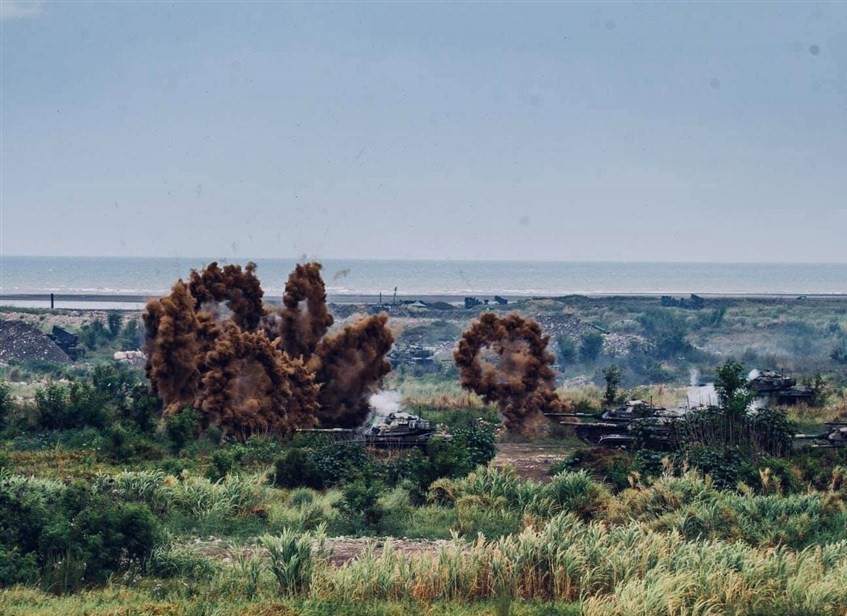 The first joint battalion was established in September 2019. To date, four armored brigades, three aircraft, and the Guandu Command have set up their own battalions, CNA reported.

While each military branch used to train on its own in the past, Taiwan is now following the example of the U.S. and other countries and has established cooperative units, in order to improve interoperability between branches.

Ministry of Defense (MND) Chief of Joint Operations Lin Wen-huang (林文皇) stated last month the newly formed battalions will be trained to improve operations and demonstrate the effectiveness of integrated troops and firepower.

In order to simulate senior officials being captured and important government agencies being attacked by the enemy, the Military Police Special Services Company (aka Night Hawks), National Police Agency’s Special Operations Group (aka Thunder Squad), and the Coast Guard Administration’s Special Task Unit will train together for the first time. The location of their drills will not be limited to the Presidential Office and its environs, but will also include other terrains and places.

Meanwhile, a Navy Chien Lung-class submarine will test-fire a German-made surface and underwater target (SUT) at the decommissioned Knox-class frigate, Hai Yang. This will be the first time a torpedo has been fired to sink a target ship since 2007.

On May 21, the U.S. approved the sale of 18 MK-48 Mod6 AT heavy torpedoes to Taiwan, in line with the nation’s asymmetric warfare strategy. They are expected to replace some of the SUT heavy torpedoes currently in the Navy’s inventory.

Defense Minister Yen Teh-fa (嚴德發) disclosed in May that this year’s exercise will also put the nation’s reserve mobilization capabilities to the test. Taiwan can currently mobilize about 200,000 reserve forces.

Reserve forces have been a major focal point in recent years, as the U.S. is concerned about Taiwan’s utilization of its reservists.

The 36th Han Kuang exercise will span five days, from July 13-17, and will demonstrate the interoperability of the three military branches. Computer simulations will be conducted from Sept. 14-18 to hone commanders’ combat decision-making skills and gauge officer capabilities.

Military sources said the first day will simulate an invasion by China’s People’s Liberation Army (PLA). There will also be maneuvers to test combat power and force preservation, including aircraft based in western Taiwan being dispatched to Hualien’s Chia Shan base and emergency port evacuation of naval ships.

Additionally, there will be coastal drills, such as anti-beach landing and air defense maneuvers, and defensive drills held at Tamsui River and Taipei Port. The Tamsui estuary is a strategic defensive location for the military, as it is about 8 kilometers from Guandu bridge and only 20 km from the nation’s political and economic hub.