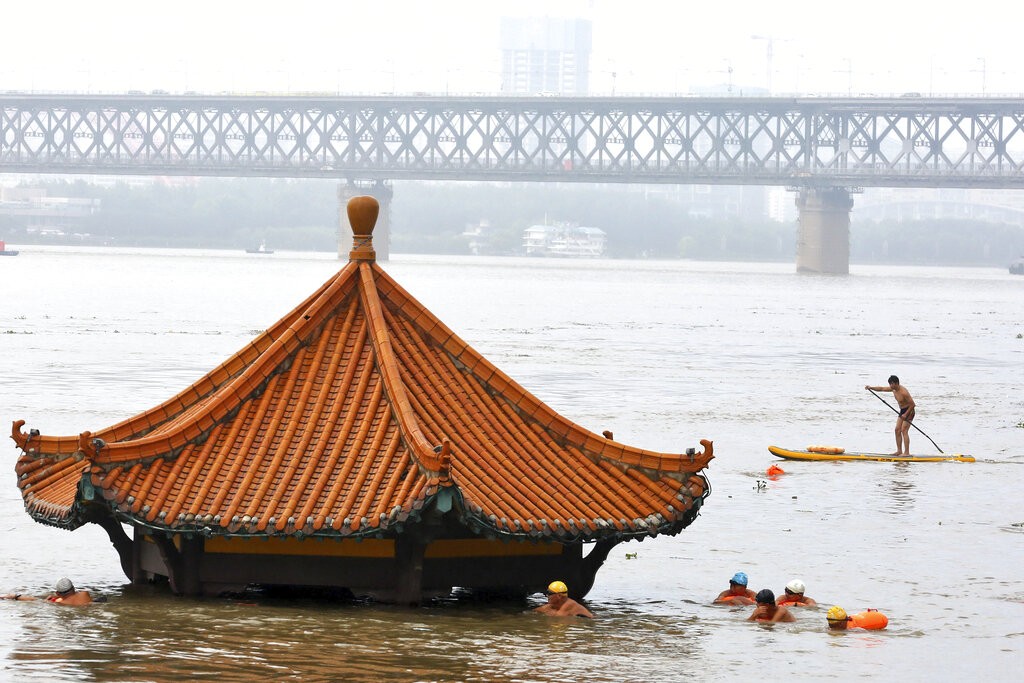 TAIPEI (Taiwan News) — After being mute on the matter for over a month, the Chairman of China's Central Military Commission Xi Jinping (習近平) was cited by state-run media as describing the flooding across central and southern China as "grim."

Faced with the threat of serious flooding in the Yangtze River Basin, the communist country's mouthpiece China Daily on Sunday (July 12) quoted Xi as saying the "flood prevention situation is grim." He then called for "serious efforts" to provide assistance to poor people affected by the floods to so they would not "fall back into poverty because of the disasters." Xi then warned the country has entered a "crucial period of flood control" and called on Chinese Communist Party (CCP) committees and governments at all levels to "take responsibility" and head to frontlines and direct flood control efforts. He ordered local authorities to take "more effective flood control measures," including monitoring and early warning, checking of hazards in dikes and reservoirs, emergency response, and resettlement of disaster-stricken people.

He said the Ministry of National Defense, Ministry of Water Resources, Ministry of Emergency Management, and other departments should strengthen overall coordination and deploy rescue forces and disaster relief materials in a "more scientific way." Xi also called on the People's Liberation Army (PLA) and the armed police forces to take part in rescue and relief work in flood-hit areas.

Xi then called on all regions and relevant departments to carefully plan post-disaster reconstruction work, restore production and ensure people's livelihoods as soon as possible while carrying out flood control and disaster relief work. Floodwaters flow past a residential building in the Qijiang District of Chongqing. (AP photo)

There has been torrential rain in the Yangtze River Basin and the water level at the mouth of Poyang Lake at 4 p.m. on Sunday was close to 22.5 meters — which is the level guaranteed for the safety of embankments. China's national flood control headquarters immediately decided to upgrade the level 3 emergency response to level 2. Meanwhile, leaders at the ministerial level led teams to Jiangxi and other places to guide disaster relief.

According to the state-run voicebox CGTN, 37.89 million have been affected by the massive floods which have broken out across 27 provinces since early June, killing 141. Over that period, 433 rivers have crossed the danger mark, with 33 reaching historic highs, according to the Ministry of Water Resources.

CGTN reports that the floods have caused 22,000 homes to collapse, forced 1.721 million people to be relocated, and inflicted 61.79 billion Chinese yuan (US$8.82 billion) in damages.