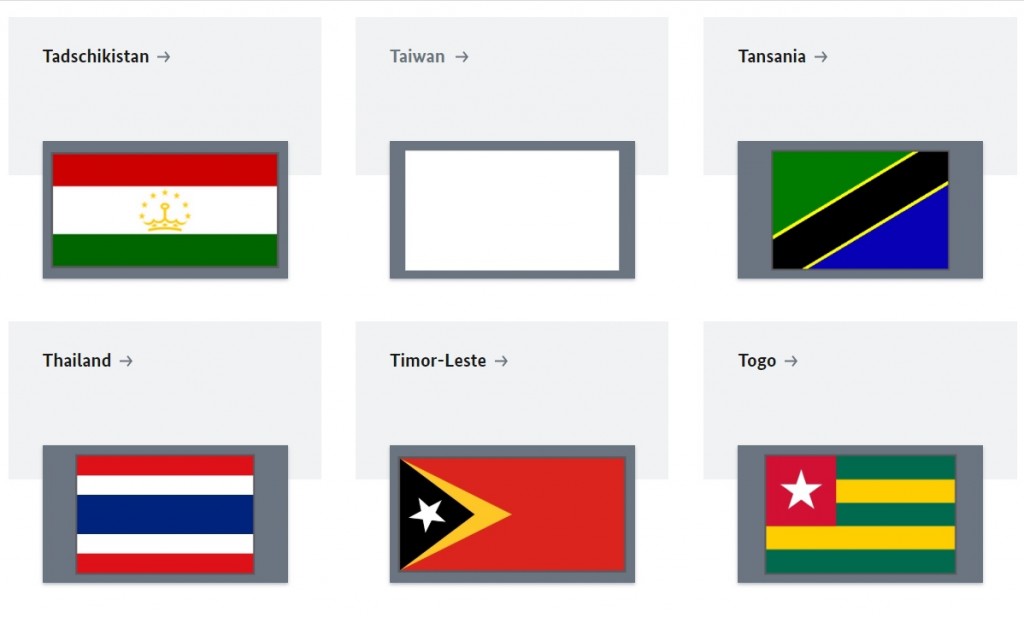 TAIPEI (Taiwan News) — Germany was found to have unceremoniously replaced Taiwan's flag with a blank, white banner under its listing for the country on the foreign ministry website — prompting one reporter to ask if it was a white flag of surrender to China.

The Federal Foreign Office website recently deleted the flag of Taiwan and replaced it with a plain, white rectangle. During a press conference on Friday (July 10) the foreign ministry representative claimed the change was in keeping with Germany's "one China policy."

At the 1:01:12 mark of an hour-long press conference on Friday, a German reporter asked, "Why did Taiwan's flag disappear and become a blank column in the introduction of national conditions of various countries on the official website of the German foreign ministry? Is this a white flag raised to the Chinese? What's going on? Except for Taiwan, other countries have flags. What is going on with the German foreign ministry?"

In response, the foreign ministry's deputy spokesman, Rainer Breul, said that "it isn't a current change."

Unsatisfied with the response, the reporter pressed further by asking "whether currently or not, is it missing? Why did you remove it?" Breul responded by saying, "You know Taiwan's special status, you know our position, our 'one China policy,' we have no diplomatic relations with Taiwan, and Taiwan is not a country we recognize, so this is not surprising. When we introduce regions of the world, we distinguish them from countries with diplomatic ties."

Refusing to take the canned response, the reporter replied, "Since when did the official website of the German Foreign Ministry no longer use Taiwan's flag?" He then asked why the Palestinian flag can still be found on the website even though it is not an officially recognized country.

Breul replied by saying he would give reporters more information later. The press conference was then brought to an end.

Twitter user "Chiang Kai Shek" pointed out the flag of Palestine does indeed appear, while for Taiwan the website displays the white flag, the international symbol for surrender. He then asks, "Germany thinks Taiwan surrendered?"

In response to the removal of Taiwan's flag from the website, Taiwan Ministry of Foreign Affairs Spokesperson Joanne Ou (歐江安) on Monday stated that the ministry is unable to accept such a discrepancy because the page introducing Taiwan is inconsistent with other countries or regions. She said that as a consequence, this "will only cause unnecessary misunderstandings with the people of all countries."

An earlier version of this article described the appearance of the white flag on the foreign ministry site as "sudden." It now appears the flag has been on the site for some time; however, its discovery by Taiwanese media and MOFA can be characterized as "sudden." #Germany's Federal Foreign Office replaced #Taiwan flag with a white flag. They claim it was removed due to lack of diplomatic ties with #Taiwan. However, flag of Palestine is present despite no diplomatic ties. Perhaps Germany thinks #Taiwan surrendered?https://t.co/5p25bXtr5M pic.twitter.com/5XCXMCASiE 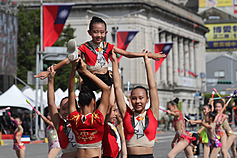