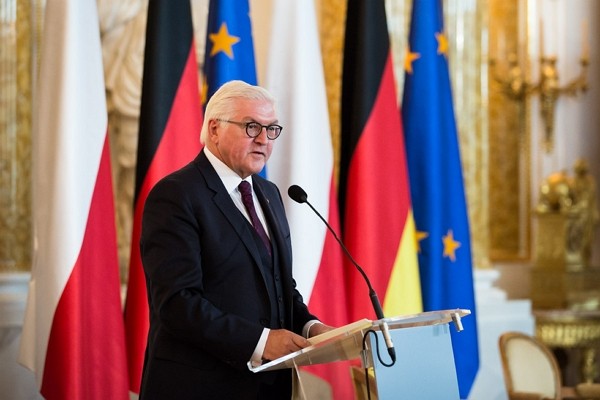 In an interview with German TV broadcaster ZDF on Sunday (July 12), the federal president harshly criticized the Chinese government for violating the Hong Kong Basic Law, as well as agreements it had made with the global community. He warned there would be "a lasting, negative change" to the relations between Beijing and Western countries if the authoritarian regime decided to stick with the legislation.

Steinmeier stressed the Chinese government must understand that Europe's response is far more than "a state of current indignation" and a deteriorating partnership would not work to its benefit. He expressed hope the Beijing authorities would see the bigger picture and end their freedom-curtailing measures, reported CNA.

Meanwhile, German Foreign Minister Heiko Maas also urged European nations to unify their voices against Hong Kong's new legislation. He said there would be discussions on the topic in Monday's (July 13) European Union (EU) meeting, adding that China would only change its mind if the world speaks unanimously, reported New Talk.

Since the national security law was introduced, democratic governments have proposed countermeasures to Beijing's crackdown in Hong Kong. France and Germany are urging the EU to cease supplying Hong Kong with police equipment, such as tear gas and rubber bullets, while Australia has suspended its extradition treaty with the special administrative region, according to Financial Times.