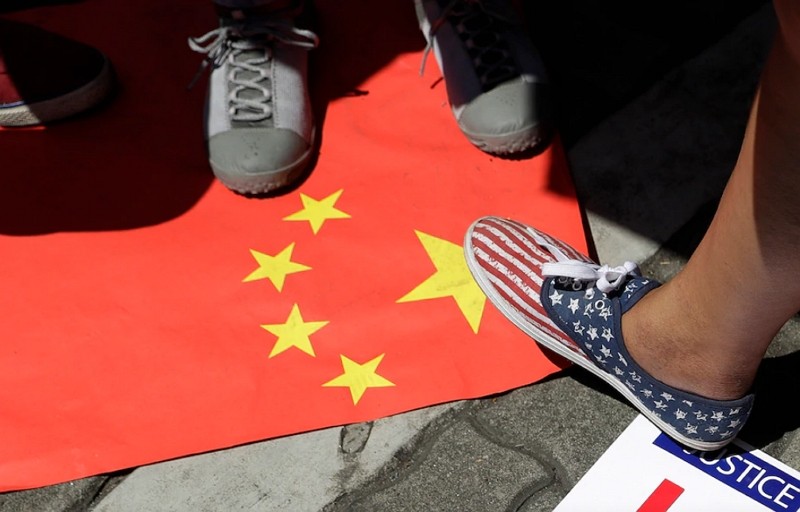 MANILA, Philippines (AP) — The Philippines on Sunday renewed its call for compliance with a 4-year-old arbitration ruling that invalidated China’s vast claims in the disputed South China Sea on historical grounds “without any possibility of compromise.”

Foreign Secretary Teodoro Locsin Jr. issued the call on the anniversary of the July 12, 2016, ruling by an international tribunal in The Hague that he said “conclusively settled the issue of historic rights and maritime entitlements in the South China Sea” based on the 1982 U.N. Convention on the Law of the Sea.

“The award is non-negotiable,” Locsin said in a statement. “The tribunal authoritatively ruled that China’s claim of historic rights to resources within the sea ... had no basis in law.”

It’s the strongest statement the Philippines has issued so far in marking the milestone. China has dismissed the decision as a “sham” and refused to participate in the arbitration proceedings after the administration of Philippines' president at the time, Benigno Aquino III, challenged in 2013 China’s claims to virtually the entire disputed waters.

China has continued to defy the decision with aggressive actions that have brought it into territorial spats with Vietnam, the Philippines and Malaysia in recent years.

Philippine President Rodrigo Duterte, who has nurtured close ties with China since taking office in 2016, raised the issue last year in Beijing with his Chinese counterpart, Xi Jingping, who he said flatly told him then, “We will not budge.”

Duterte has long been criticized by nationalists and left-wing groups for not immediately and strongly demanding Chinese compliance with the ruling, which he initially relegated to the back burner while he took steps to revive relations with China that have been strained due to the long-raging territorial conflicts. He has turned to China for trade, investment and aid while often lashing out at U.S. security policies.

Aside from China and the Philippines, Vietnam, Malaysia, Taiwan and Brunei have also laid claims to the strategic waters. The United States has no claims to the waters but has deployed warships and aircraft for decades to patrol and promote freedom of navigation and overflight in the busy waterway.

The ruling also upheld the Philippines’ sovereign rights over a wide stretch of waters called the exclusive economic zone, where Chinese territorial claims have delayed for years Manila’s plan to explore and extract potential undersea deposits of oil and gas.

Locsin said the arbitration tribunal ruled that certain actions within the Philippines’ exclusive economic zone violated the country’s sovereign rights and “were thus unlawful.” He outlined other Chinese violations cited by the tribunal, including the large-scale reclamation and construction of artificial islands that caused severe environmental damage.

“Compliance in good faith with the award would be consistent with the obligations of the Philippines and China under international law,” Locsin said. “We commemorate the issuance of the award as a celebration of the rule of law, as a means to settle disputes amicably ... and clearly mark out who would be in the wrong to insist on claims contrary to this award.”