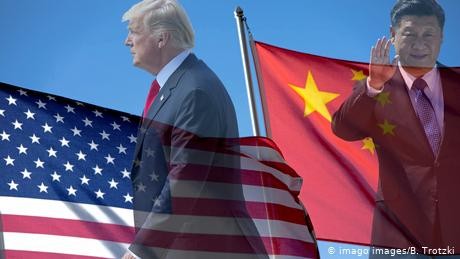 The US State Department has warned US citizens in China of an increased risk of arbitrary detention by authorities.

The State Department specifically warned against the threat of deportation or detainment "for sending private electronic messages critical" of the government.

"US citizens may be detained without access to US consular services or information about their alleged crime," the advisory, published on Saturday, said.

Exit bans and long interrogations were also mentioned as potential threats to US citizens.

Relations between the US and China have hit rock bottom recently over the coronavirus, trade and Hong Kong.

US President Donald Trump told reporters Friday that the relationship with China had been "severely damaged."

The State Department described the rules as "arbitrary enforcement of local laws for purposes other than maintaining law and order."

The US has been vocally critical of the controversial security law pushed on Hong Kong in June. The legislation bans subversive acts and speech against the Chinese government made anywhere in the world.

Trump has also repeatedly blamed China for their handling of the coronavirus crisis and what he describes as their failure to communicate accurate information early in the pandemic.

Beijing has also come under fire for reports of human rights abuses in Tibet and Xinjiang provinces in the west of the country.

Australia and Canada are among the other countries that also issued travel warnings over fears of arbitrary detentions. China has been accused of arbitrarily detaining foreign citizens who disagree with officials.