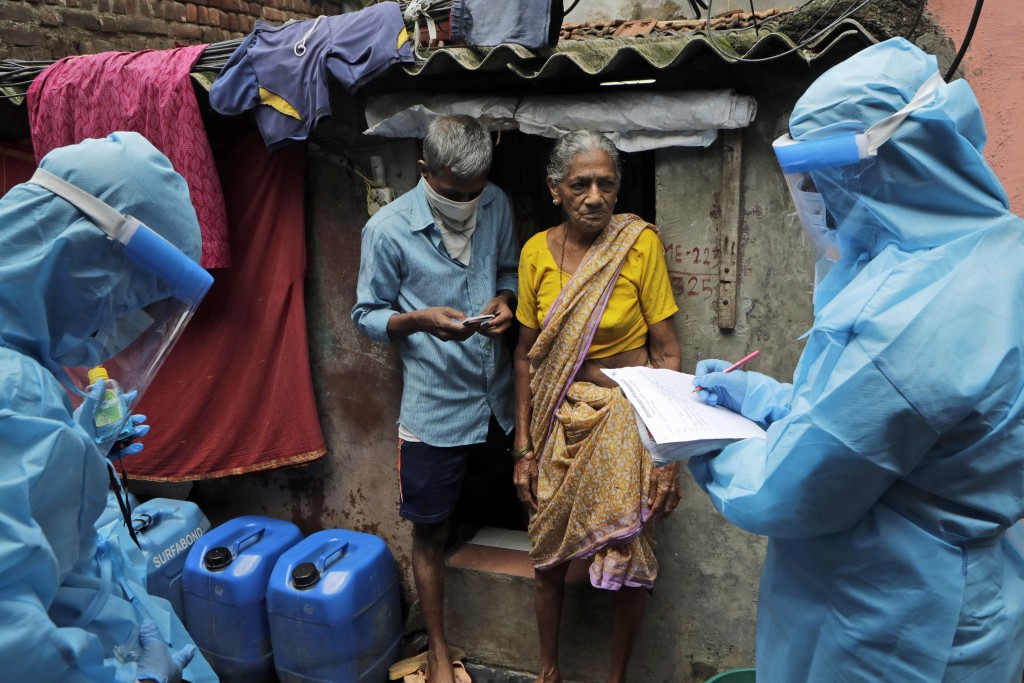 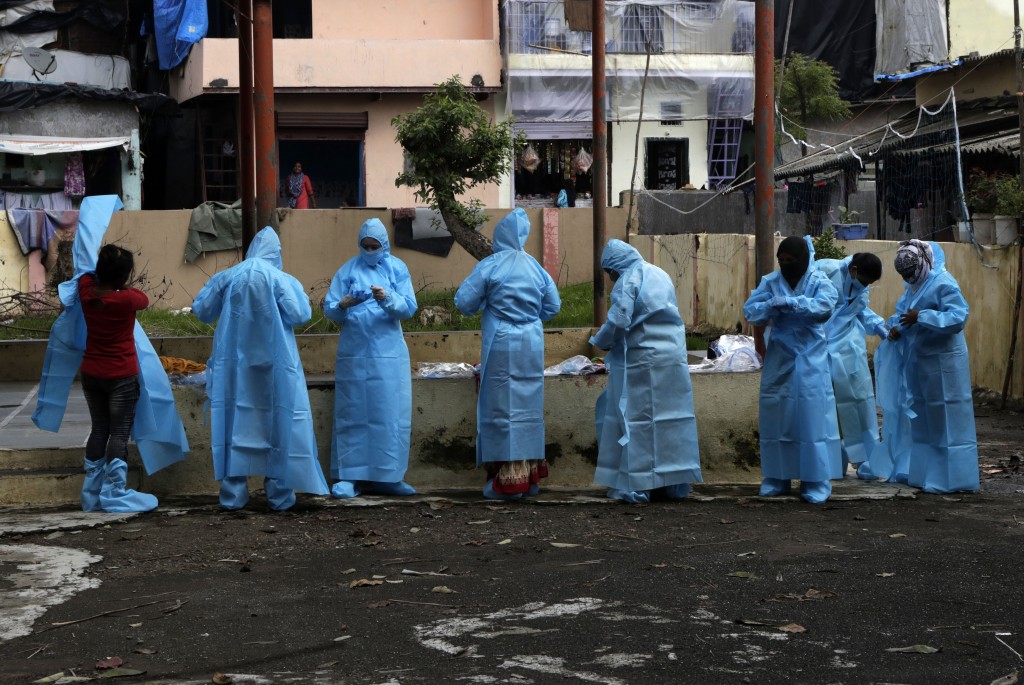 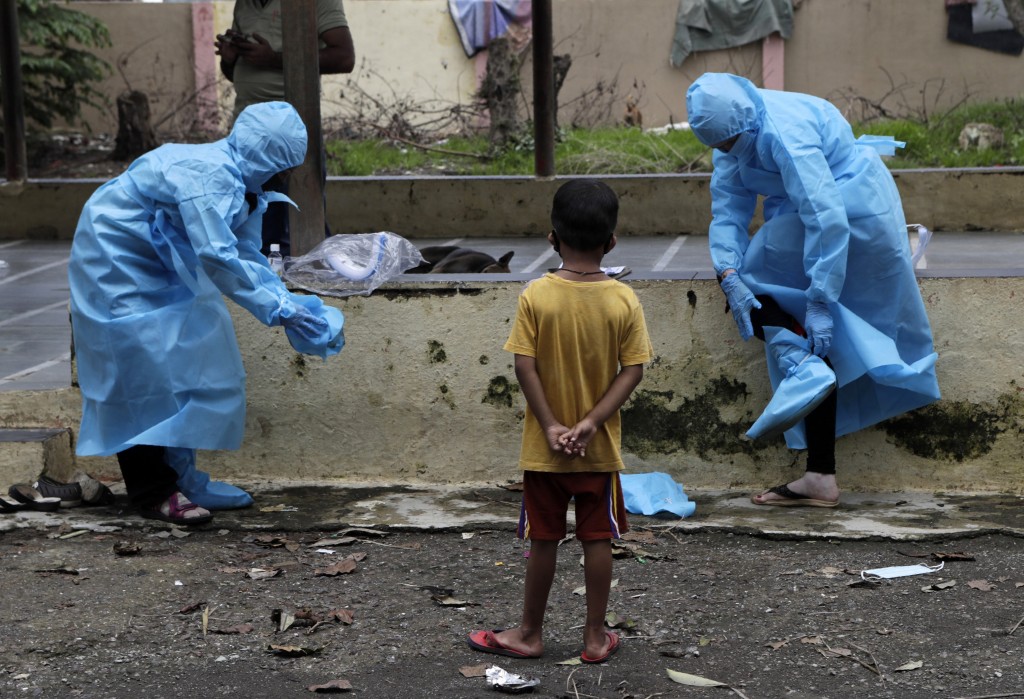 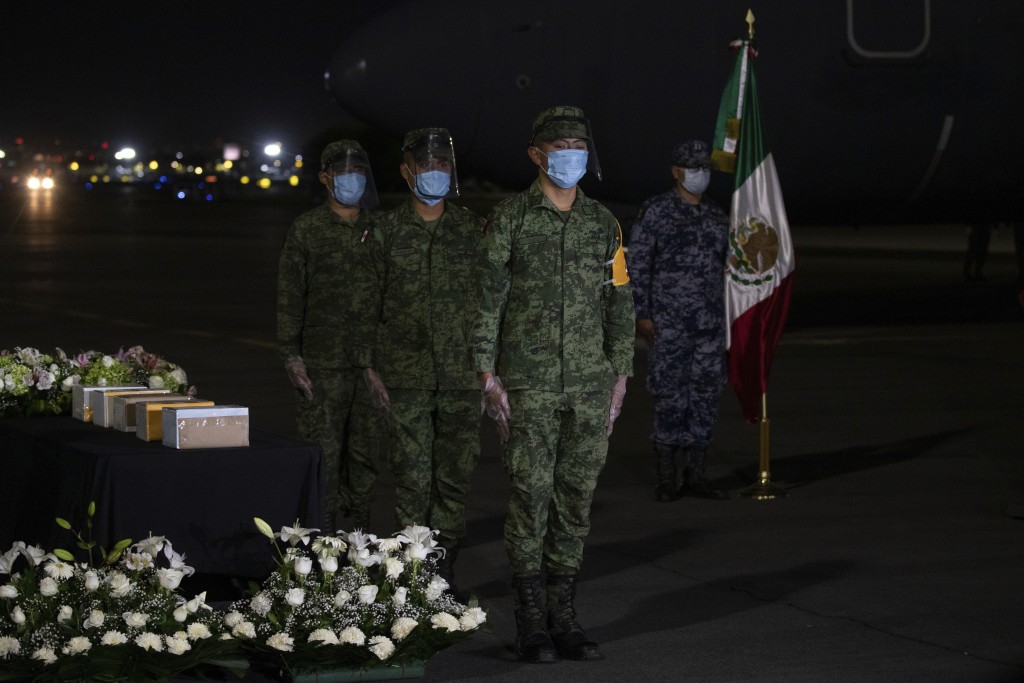 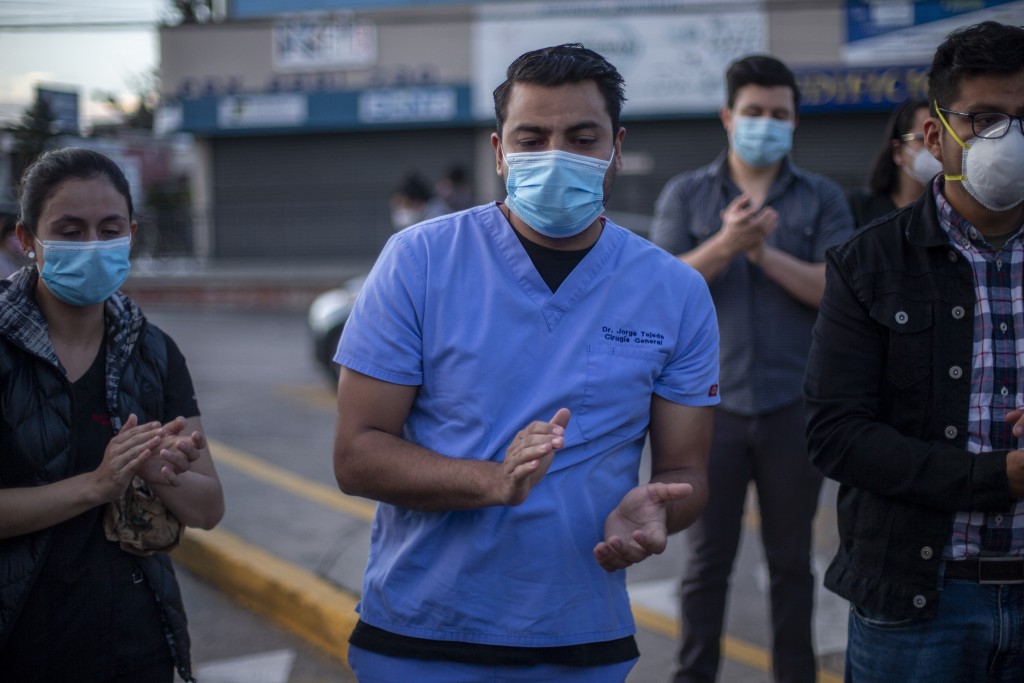 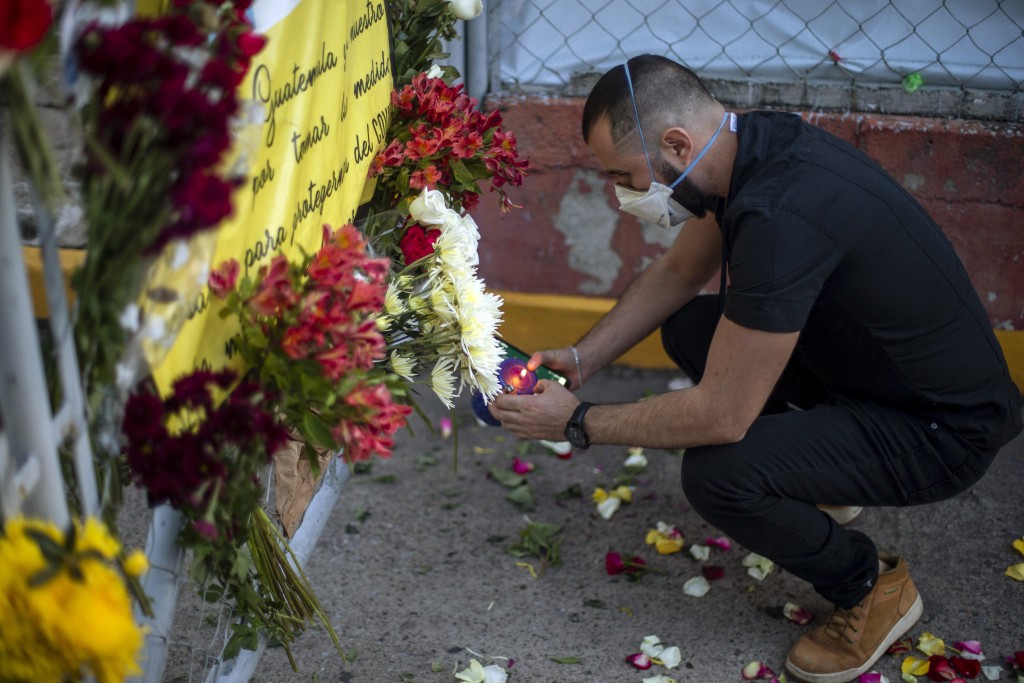 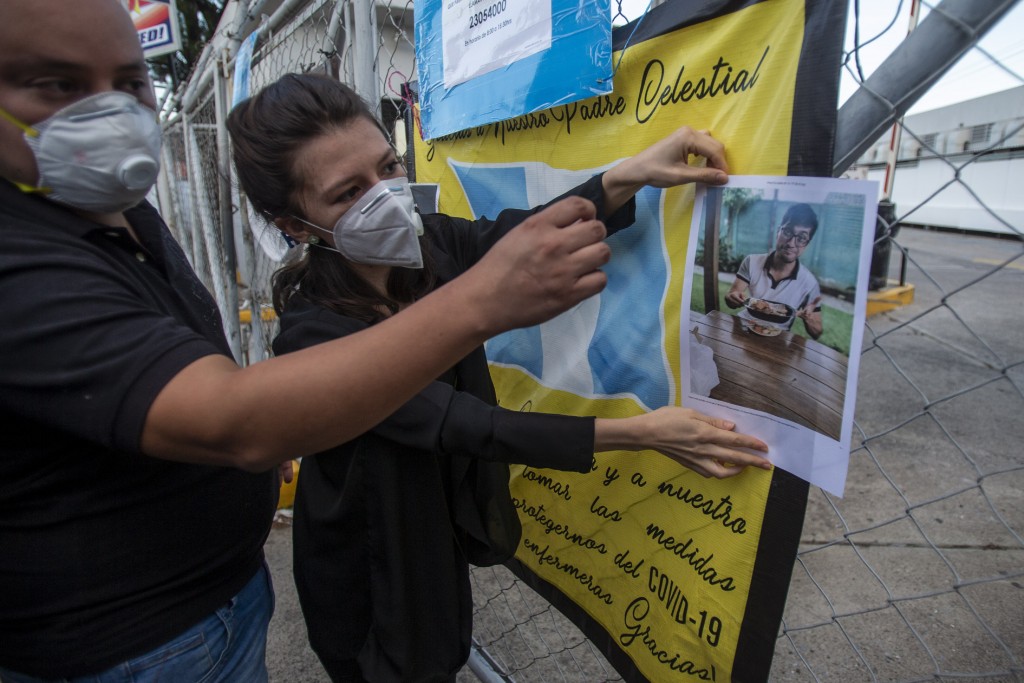 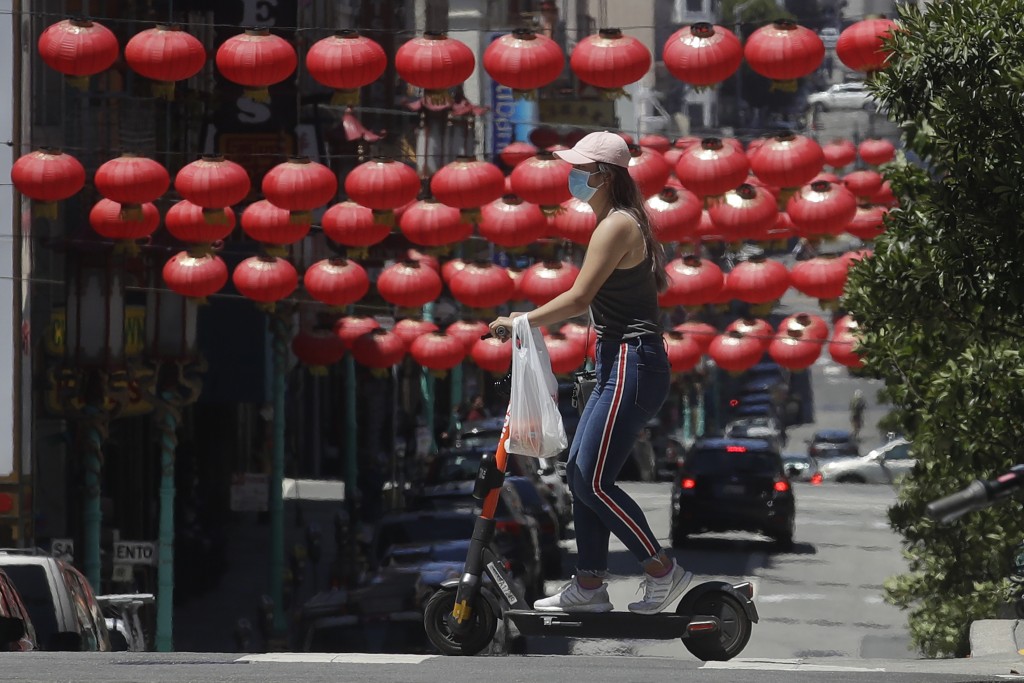 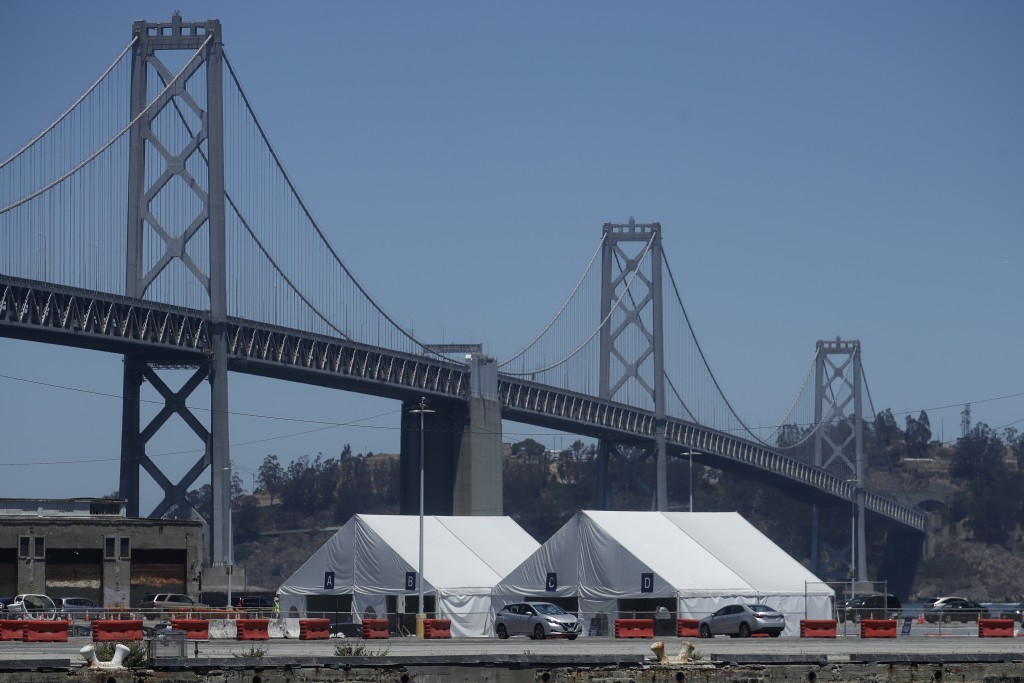 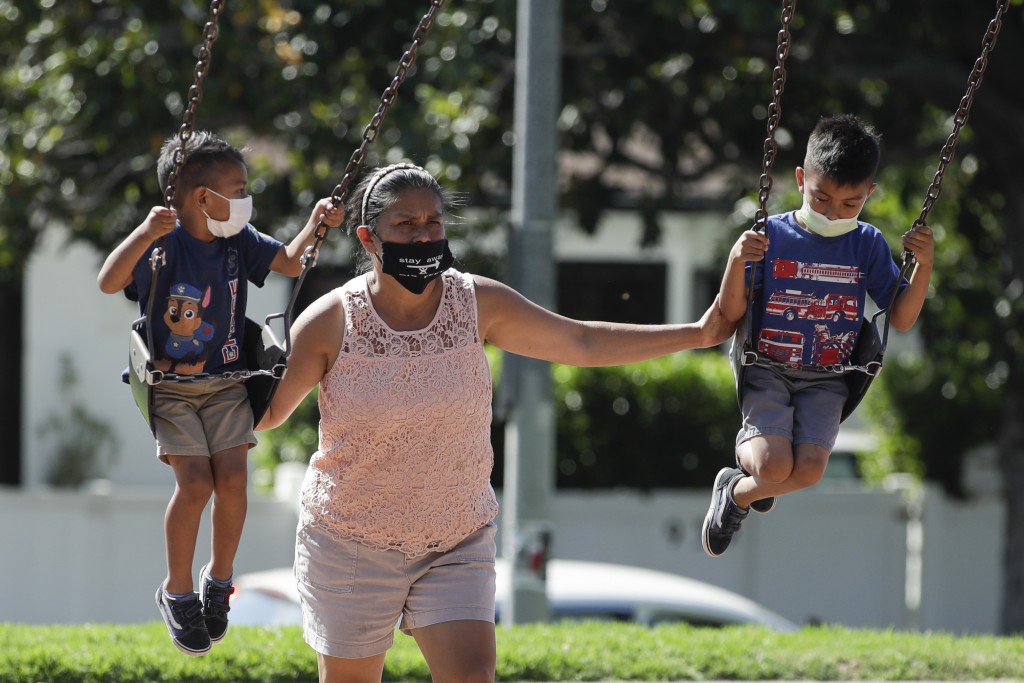 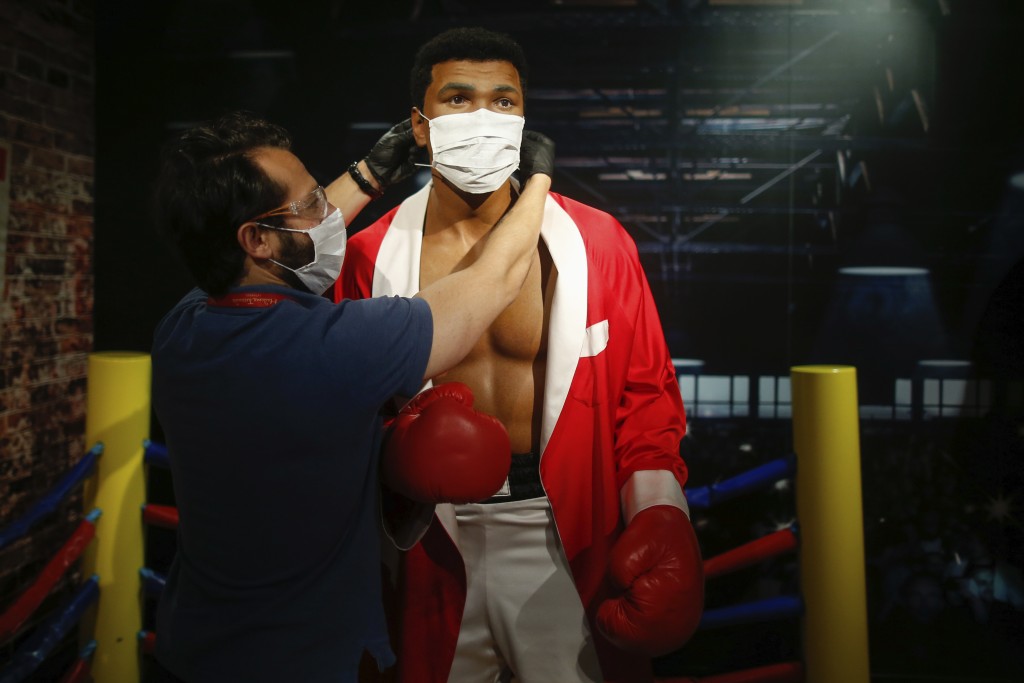 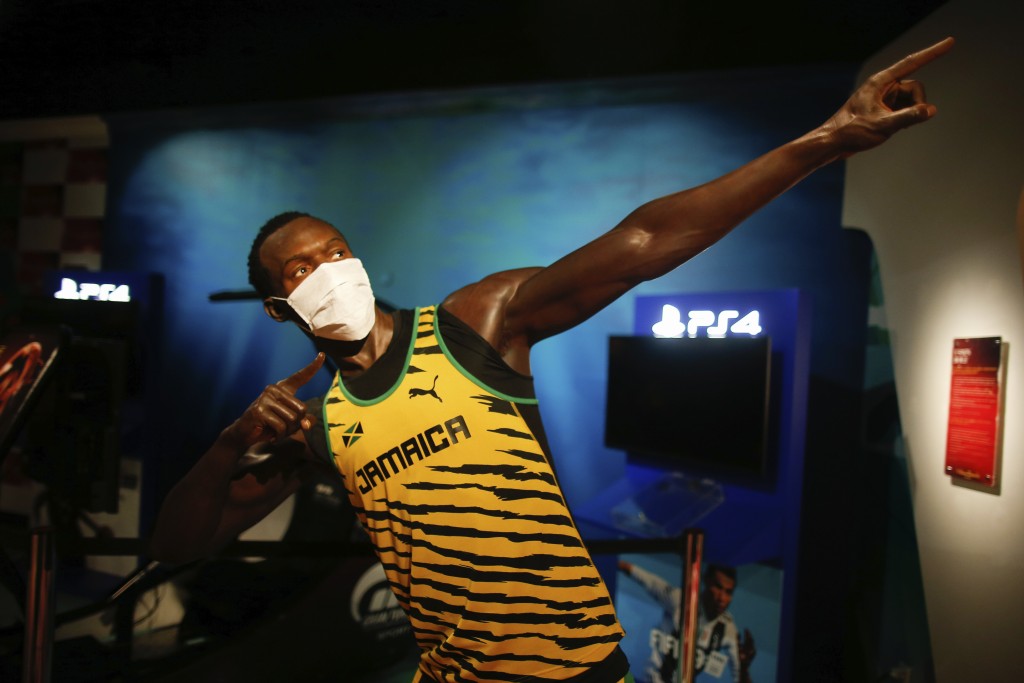 NEW DELHI — India’s coronavirus caseload is nearing 850,000 with a record surge of 28,637 in the past 24 hours, prompting authorities to announce a weeklong lockdown in the key southern technology hub of Bangalore.

The new confirmed cases took the national total to 849,553. The Health Ministry on Sunday also reported another 551 deaths for a total of 22,674.

India has overtaken Russia in the number of cases and is currently behind the United States and Brazil, according to a tally by Johns Hopkins University.

Southern Karnataka state, whose IT hub Bangalore is home to Microsoft, Apple and Amazon offices, extended Sunday lockdowns to one week beginning Tuesday.

— Coronavirus deaths take a long-expected turn for the worse

— Virus cases up sharply in Africa, India as inequality stings

— The governor of Japan’s Okinawa island is demanding a top U.S. military commander take tougher prevention measures and more transparency hours after officials were told that more than 60 Marines at two bases have been infected with the coronavirus over the past few days.

— Serbian police say they have detained 71 people after clashes erupted during the fourth night of anti-government protests that were initially sparked by an announced lockdown against the new coronavirus.

— Black people are facing a combination of stressors experts worry could affect the suicide rate. Isolation, a shortage of mental health providers and racial trauma are some of the factors hitting simultaneously.

CARSON CITY, Nev. — Nevada lawmakers have pumped the brakes on their emergency special session because someone in the legislative building has tested positive for the coronavirus.

Gov. Steve Sisolak has convened the session so lawmakers can balance the state budget amid a projected $1.2 billion shortfall stemming from the economic damage of the pandemic.

But on Friday staff members announced that someone in the building is infected with the virus, though the person shows no symptoms.

On Saturday, 13 Nevada lawmakers decided they would now participate remotely in the emergency session and both chambers agreed to recess until Monday morning. That will give time for legislators time to get tested and staff to answer a long list of questions that lawmakers have asked in hearings.

TAIPEI, Taiwan — Taiwan has wrapped up an annual film festival with an awards ceremony as it stages more public events after keeping its coronavirus outbreak to a few hundred cases.

Actors and others lined up for photo shoots with no social distancing Saturday night, and participants didn’t wear face masks in historic Zhongshan Hall in the capital of the self-governing island off China’s east coast.

Government officials say there have been 451 confirmed coronavrius cases and seven deaths on the island, which has a population of about 23 million people.

Also on Saturday, a baseball game in the city of Taichung drew more than 10,000 fans for the first time this season. Health authorities have been gradually allowing larger crowds since the baseball season began in April with no fans.

LITTLE ROCK, Ark. — Arkansas authorities have reported a state-record of 1,061 newly confirmed coronavirus cases for a single day but no new deaths related to the virus.

State health officials said Saturday that the total for COVID-19 cases now stood at 27,864. The state says the death toll remainw at 313 for the outbreak for which tracking began in early March.

The true number of cases in Arkansas is likely higher because many people have not been tested, and studies suggest people can be infected and not feel sick.

Arkansas’ virus cases have dramatically risen since May, when the state began allowing businesses to reopen.

SANTA FE, N.M. -- Work safety regulators in New Mexico have ordered Walmart to close a store in the city of Las Cruces after four employees tested positive for the coronavirus in the past three weeks.

The New Mexico Environment Department said Saturday that the order also requires Walmart to test the store’s workers for the cordonavirus and thoroughly disinfect the building,

Walmart spokesman Pedro Mucciolo says in a statement is “taking all measures necessary to safeguard the well-being of those inside our stores, fulfillment centers and distribution centers.″

OKLAHOMA CITY -- Oklahoma has reported 687 more cases confirmed cases of the new coronavirus — the second greatest daily increase since tracking of the outbreak began in March.

Saturday's daily count was second only to the record 858 new cases reported Tuesday. The latest rises brings the total of confirmed cases to 19,779 since tracking began in March. Oklahoma authorities say 15,136 patients have recovered.

The tribe’s death toll rose to 396 as of Friday.

Tribal officials also reported 56 additional confirmed COVID-19 cases, increasing the reservation’s total to nearly 8,100. The number of infections is thought to be far higher because many people have not been tested. Studies suggest people can be infected with the virus without feeling sick.

The lockdown began Friday night and ends at 5 a.m. Monday. All businesses on the Navajo Nation are also required to close during the lockdown.

SALT LAKE CITY -- The Church of Jesus Christ of Latter-day Saints is asking all its members in Utah to wear face coverings when in public.

The area leaders say the use of masks is a sign of good citizenship.

The Deseret News reports that the Utah Area Presidency sent out the request in an email Friday evening. The area presidency operates under the authority of the Quorum of the Twelve Apostles.

According to a tally by Johns Hopkins University, nearly 900 confirmed virus cases were reported Friday in Utah. Overall, Utah has had more than 28,000 confirmed cases and 207 deaths due to the virus as of Saturday.

AUSTIN, Texas -- The new coronavirus continues to cut a swath through Texas, with state officials reporting a record 10,351 new confirmed cases for the day.

The increase reported Saturday brought the state's total cases of COVID-19 to just over a quarter-million since the start of tracking in early March.

A record 10,083 COVID-19 patients are hospitalized, while 99 new fatalities were reported Saturday. The total is second only to the record 105 reported Thursday and brought the state’s overall death toll to 3,112.

JOHANNESBURG — South Africa is reporting another 13,497 confirmed coronavirus cases for a total of 264,184 including 3,971 deaths. More than a third of cases are in the new hot spot of Gauteng province, which includes Johannesburg and the capital, Pretoria.

Already public hospitals are expressing concerns about shortages of available beds and medical oxygen. The percentage of tests that are positive is now over 25% but the National Institute of Infectious Diseases says that could reflect both the rise in infections and more targeted testing.

The country’s health minister has said the “storm” that authorities have been warning citizens about has arrived.

PHOENIX — Arizona health officials have reported an additional 69 deaths from the coronavirus outbreak.

So far, there’s been more than 2,150 confirmed deaths from the virus in Arizona.

The state added 3,038 confirmed cases in the last day, bringing the total to 119,930. Arizona also set a record with 3,485 patients hospitalized for COVID-19 as of Friday.

Hospital caseloads have surged since Arizona became one of the hot spots for the coronavirus after Gov. Doug Ducey relaxed stay-home orders and other restrictions in May.

PARIS — The wife of a French bus driver who died of injuries after he asked four passengers to wear face masks wants “exemplary punishment.”

Four people are in custody for the assault of Philippe Monguillot on July 5 at a bus stop in Bayonne, southwest France.

The Bayonne prosecutor says Monguillot was assaulted after he asked four passengers on his bus to wear face masks, which are required aboard French public transportation because of the coronavirus. He was insulted, pushed off the bus and violently beaten and kicked in the head, the prosecutor said.

President Emmanuel Macron on Saturday dispatched the interior minister to meet the driver’s widow after his death was announced Friday. He had been hospitalized in critical condition.

Veronique Monguillot told minister Gerald Darmanin that she and her three daughters were “destroyed” by the death.

NEW DELHI -- Bollywood superstar Amitabh Bachchan says he has tested positive for the coronavirus and is hospitalized in Mumbai.

In a tweet on Saturday, the 77-year-old Bachchan said his family and staff have also undergone tests and are awaiting results.

His 44-year-old son and fellow actor, Abhishek Bachchan, tweeted Saturday night that he also has tested positive for the virus and is hospitalized. He described their symptoms as mild.

The elder Bachchan has acted in more than 200 Indian films over the past five decades. He is also a former politician and television host.