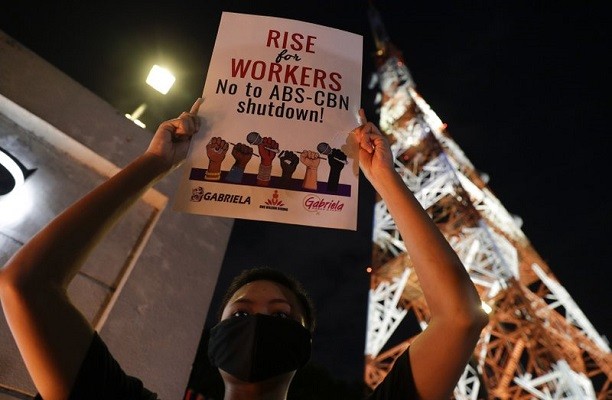 TAIPEI (Taiwan News) — The Philippine Congress' decision not to renew the broadcasting license of a major TV network will affect the families of many of the company's approximately 11,000 permanent and contracted staff members now facing the prospect of unemployment amid a pandemic, union leaders said Sunday (July 12).

The House of Representatives' Committee on Legislative Franchises on Friday (July 10) voted 70-11 not to hand the ABS-CBN, the Philippines' largest TV network, another 25-year broadcasting franchise. The previous one expired on May 4, and the next day the network was shut down after receiving a cease-and-desist order, Al Jazeera reported.

The network's employees are suddenly faced with uncertainty about the future. Jobs are already scarcer in the country due to the pandemic, with unemployment hitting a record high of 17.7 percent in April.

ABS-CBN Supervisory Employees Union President Raul de Asis said Sunday that he is prepared to take any job to support his family, according to ABS-CBN's online news portal. The president of the company's Rank and File Employees Union, Jon Villanueva, expressed how "restless and despondent" workers are after the vote, lamenting, "Our management has yet to give details about layoffs, but it's likely, even expected."

However, many say ABS-CBN was singled out. Duterte has been particularly hostile toward the network since the presidential election in 2016, when he accused it of favoring his opponents.

Last December, the president stated, "Your franchise will end next year. If you expect it to be renewed, I'm sorry. I will see to it that you're out," according to Deutsche Welle.

A number of organizations have responded to Friday's vote by lambasting the legislature. The National Union of Journalists of the Philippines issued a statement via Twitter saying the Congress had "declared itself enemy of democracy."

Meanwhile, Human Rights Watch's Deputy Asia Director Phil Robertson in a statement cited the country's former dictator Ferdinand Marcos' forced closing of ABS-CBN in 1972, saying that not since then "has a single government caused so much damage to media freedom."

The blow to the media corporation comes amid growing concerns over the erosion of press and speech freedoms under the Duterte government.

Last month, veteran journalist and Rappler founder Maria Ressa was convicted for "cyberlibel" over a 2012 article alleging that a prominent Filipino businessman had ties to "human trafficking and drug smuggling." Ressa, whose news agency has vexed Duterte through its reporting on his drug war — which has seen thousands of extrajudicial killings — was prosecuted under a law enacted after the time of the article's publication.

In addition, the Philippines' Department of Labor and Employment in April attempted to have a Filipina caregiver who works in Taiwan deported after she criticized Duterte's handling of the coronavirus outbreak on Facebook, Rappler reported. 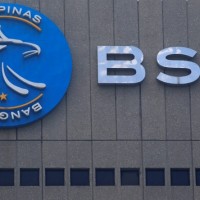 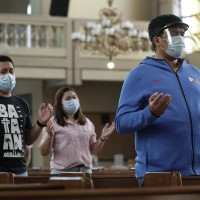