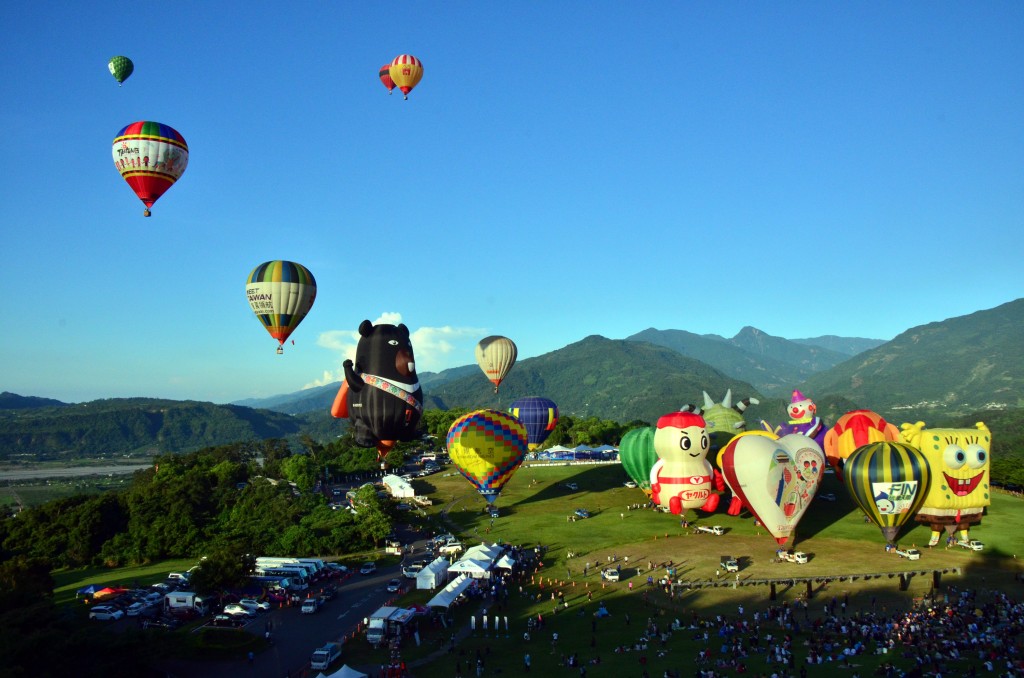 Nearly 10,000 people attended the opening of the 10th Taiwan International Balloon Festival at sunrise Saturday, according to the Taitung County government.

A total of 18 hot air balloons gathered at the Luye Highland in the eastern county for the opening ceremony that took place around 5:30 a.m., with crowds gathered at the site before sunrise to watch 11 of the balloons take off.

Among the guests invited to the opening ceremony was Brent Christensen, director of the American Institute in Taiwan's Taipei office, who took a ride on a hot air balloon with Taitung County Magistrate Yao Ching-ling (饒慶鈴).

According to Taitung County's Tourism Department, this year's festival features 10 locally based hot air balloons and 28 that came from abroad, 10 of which are making their debut in Taiwan for the event.

Festival visitors can expect to see five to six special shape hot air balloons on display and another five to six tethered balloons providing short rides every day at the event's main site at Luye until the festival concludes on Aug. 30.

Rides on untethered hot air balloon rides are also available, but people have to reserve rides in advance with the balloon operators.
The hot air balloons will also be part of a series of light shows and concerts, starting with Saturday evening's event that will also include fireworks, across the eastern county, organizers said.