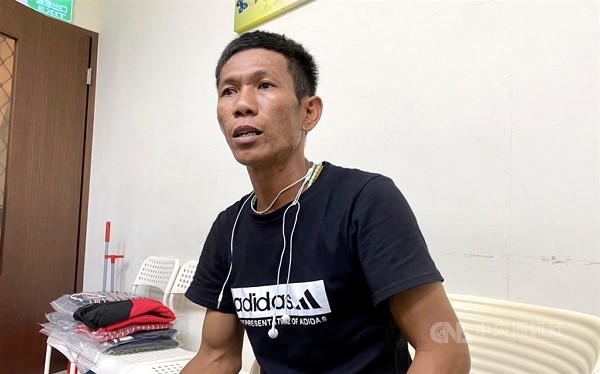 Six Filipino fishermen based in Taiwan on Saturday accused Filipino and Taiwanese labor brokers of making excessive deductions from their salaries, saying they feel "deceived and mistreated."

The fishermen, based in New Taipei City's Shen'ao Fishing Port, said NT$8,000 (US$271) had been deducted from their monthly salary for up to 14 months.

One of the fishermen, 39-year-old Rey Dela Roca Jolloso, who arrived in Taiwan on July 4, 2019 from Manila, told CNA that he has so far been deducted NT$8,000 each month for 11 months and has never received a salary slip detailing the deduction.

He and the five other fishermen identified their broker in Taiwan as Hoya Human Resources Co., Ltd, while the manpower agency in the Philippines is Diamond-H Marine Services & Shipping Agency Inc.

"In Taiwan, we feel we have been deceived, overcharged and do not have a broker who we can readily consult, trust to translate on our behalf, take care of our concerns, protect our interests and represent our welfare," the fishermen said in a joint letter of complaint.

The letter was filed with New Taipei Labor Affairs Department in June and obtained by CNA.

In the letter, the men claimed they were asked to sign a promissory note stating they had acquired a loan, with the amount and person owed left blank.

They were also asked to sign an affidavit stating that the deduction was in fact a placement fee and not a loan and that they would have to pay the full amount if their contract is terminated, the letter said.

When asked why he signed the paperwork under such circumstances, Jolloso replied that if he didn't, he would have to pay the cost of the airline ticket himself, but be unable to get on the plane to Taiwan.

"When I was about to board the plane, they covered up the text and told me to quickly sign the bottom corner of each page," Jolloso said.

His airplane ticket to Taiwan was paid for by the broker in the Philippines and the cost was added towards his processing fee, Jolloso said.

If he hadn't signed, he wouldn't have been able to catch the flight, which meant he would have to pay for another ticket, effectively hiking up the processing fee.

In a statement signed and thumb printed by Jolloso, it states that his employer in Taiwan paid for his processing fee and that he agreed to return an unspecified amount that is to be paid by deductions in his salary.

The case was brought to New Taipei's Labor Affairs Department, but negotiations broke down on July 2 because it was uncertain who was making the deductions, said Chris Wu (吳健寰), a city labor official.

"The Taiwanese broker said the deductions were made by overseas manpower agencies, hence the Philippine representative office has been asked to investigate the matter," Wu said, adding that according to Taiwanese law, labor brokers in Taiwan are not allowed to charge so-called "job-buying fees."

When contacted, a representative of Hoya Human Resources said the case has already been closed by New Taipei Labor Affairs Department and suggested CNA "should not get involved in the matter."

"From the start, this matter has been influenced by the church which must have its own agenda," he added.

During negotiations, representatives from the church who helped the fishermen did not directly bring up the NT$8,000 deductions but rather raised other matters, he said, without elaborating.

He suggested that the latest issue is related to a previous matter two years ago when the church helped three of the firm's fishermen file a complaint about mistreatment by their employer and asked to be transferred.

"Because I denied their request, I believe they are now retaliating," he said.

Leoni Pascual Ngo, a staffer at the Migrant Workers' Concern Desk of the Catholic Archdiocese of Taipei, said that the case two years ago was to do with the three fishers having to purchase their own personal protective equipment instead of being supplied by the employer.

She said the broker also wanted to charge the three fishers NT$20,000 to be re-hired.

She denied that the church was "retaliating" against the broker.

"Actually, they recognized my voice when I phoned them, that's when I remembered them from before," she said.

The massive deductions relating to migrant fishers, however, are not that common in the last six years after the Manila Economic and Cultural Office in Taipei (MECO) clamped down on illegal deductions and stepped up efforts to look after the welfare of its Filipino fishers.

"You seldom hear of these cases of excessive deductions of fisher's salaries nowadays," she said.

The cases she has come across in the past were over six years ago of Filipino factory workers who also had to sign a loan slip where deductions were sent back to the Philippines to pay for placement fees, Lee said.

In some of the cases she saw, migrant workers had deductions of up to NT$90,000, Lee added.

But these cases have not appeared that much within the last six years, Lee said.

Lennon Ying-dah Wong (汪英達), director of the service center and shelter for migrant workers under the Serve the People Association in Taoyuan, said one way to overcome the problem is for the government to adopt a law so that brokers and employers cannot make deductions from salaries without the workers permission and have the worker send the amount owed back to his or her country to make payments.

"This way workers can receive their full salary and be more in control of their payments," he said.

MECO said the issue has been brought to their attention and they plan to meet with the Taiwanese broker on July 14, while the manpower agency in the Philippines has said it will return any excess fees.

However, Father Gioan Tran Van Thiet, assistant parish priest at Saint Christopher's Church in Taipei, said the root of the problem still needs to be addressed, otherwise more fishermen will be affected.

"When people violate the regulations, they need to be punished, otherwise all those who don't speak out will continue to be victims," Thiet said.

Meanwhile, Jolloso said he needs the money because he hasn't received a salary for a month and has three children aged 9, 12 and 14 to support in the Philippines.

He was also fired from his job on Thursday; he believes it is because he spoke out about the deductions. He is currently being sheltered by the Catholic church, while trying to find another job.

As of the end of May, there were 12,097 migrant fishermen in Taiwan, according to government statistics. 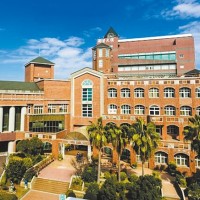