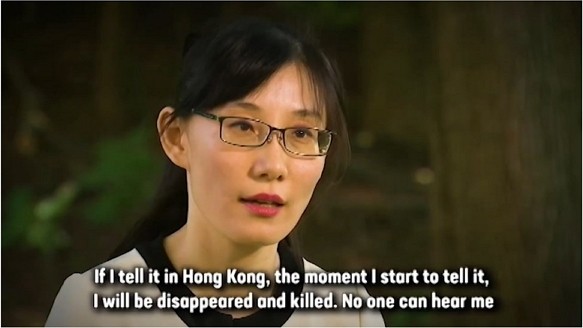 TAIPEI (Taiwan News) — Chinese virologist Yan Li-Meng (閻麗夢) on Friday (July 10) accused the Chinese government of covering up information related to the coronavirus that could damage its international image despite knowing it since December.

In an interview with Fox News, the former University of Hong Kong researcher said she believed the Chinese authorities knew about the deadly virus well before it was made public. Yan, who previously worked at the university's World Health Organization (WHO) reference lab, also said her supervisors had ignored her research on human-to-human transmission at the start of the pandemic, which could potentially have saved many lives.

Currently in hiding at an undisclosed location, Yan said she fled Hong Kong for the U.S. on a Cathay Pacific flight on April 28. Fearing that she would be "disappeared and killed" if she shared her findings in Hong Kong, Yan said she had come to the U.S. to "deliver the message of the truth of COVID-19 to the world."

Yan pointed out that several Chinese scientists had tried to warn the public about the virus when the outbreak started but later changed their tune and warned others not to pursue the matter. She added that medical workers in China were prohibited from discussing the virus but were asked to wear masks.

The virologist said that she first became aware of the human-to-human transmission capability of COVID-19 in late December when a scientist at China's Center for Disease Control (CDC) shared data with her. However, when she presented her findings to her supervisors on Jan. 16, she was warned not to "touch the red line" and to be careful about her comments, reported CNA.

Yan also claimed that WHO advisor Malik Peiris knew about the spread of the disease but chose not to take action. Peiris was until recently the co-director of a WHO-affiliated lab; he stepped down on July 3.

Yan's interview contradicts both Beijing's claim that it did not withhold information about the danger of the virus and the WHO's stated lack of awareness of the overall risk of the initial outbreak. The WHO has since claimed that it received relevant information from scientists within the organization instead of from Chinese authorities, contrary to what WHO leader Tedros Adhanom Ghebreyesus previously stated.

Even though Yan was placed on approved leave, the University of Hong Kong told Fox News that she is no longer a member of the institution's staff. Meanwhile, the Chinese embassy in the U.S. has denied her accusations, saying it has never heard of her, reported UDN.