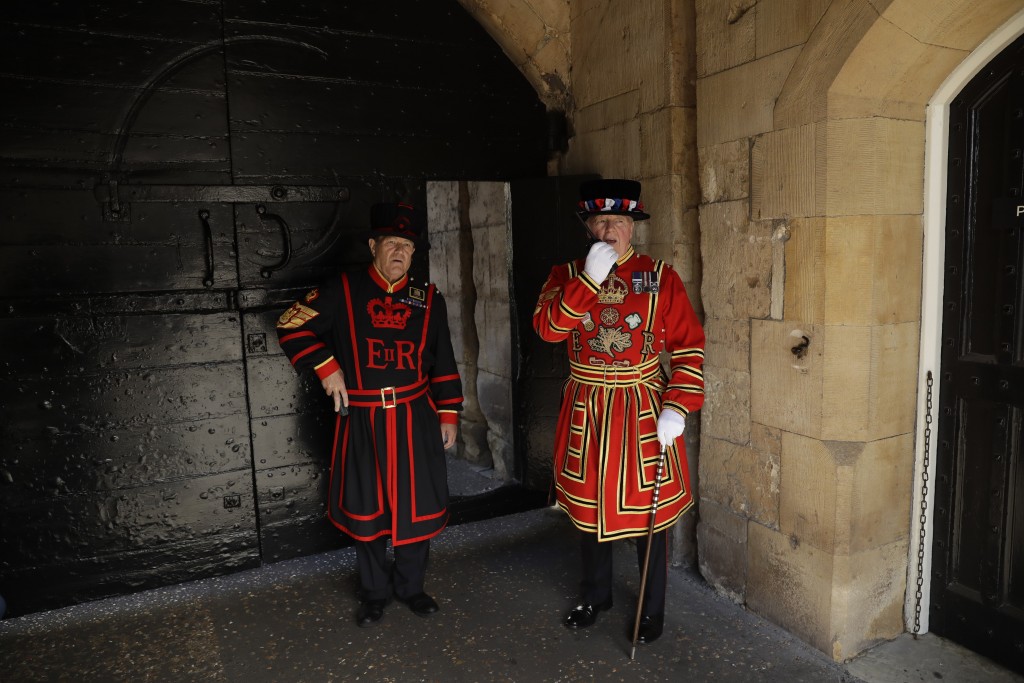 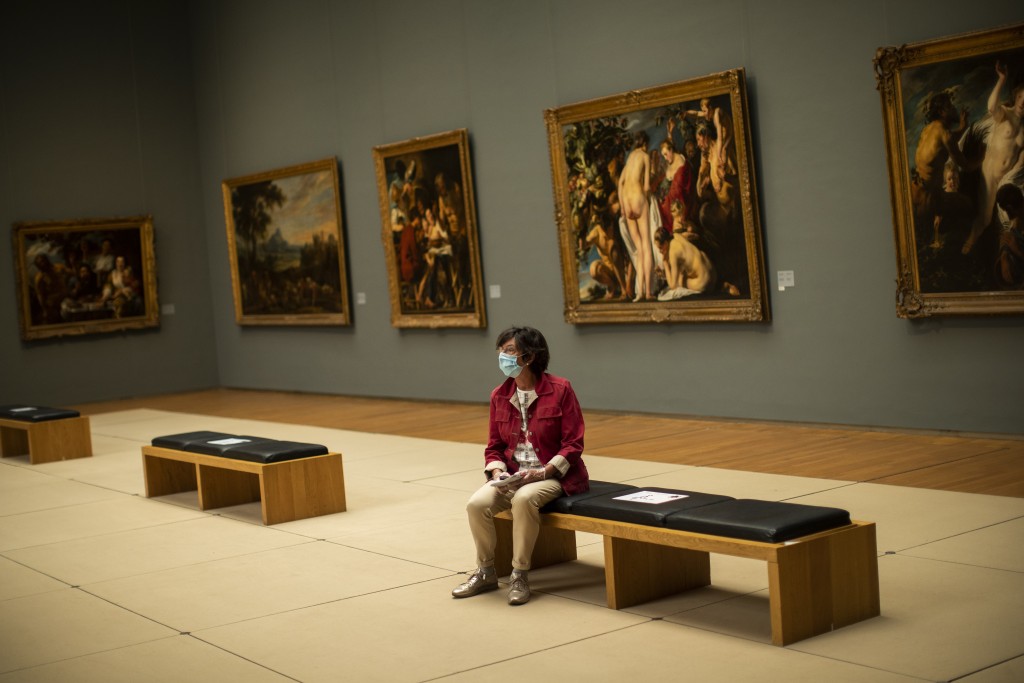 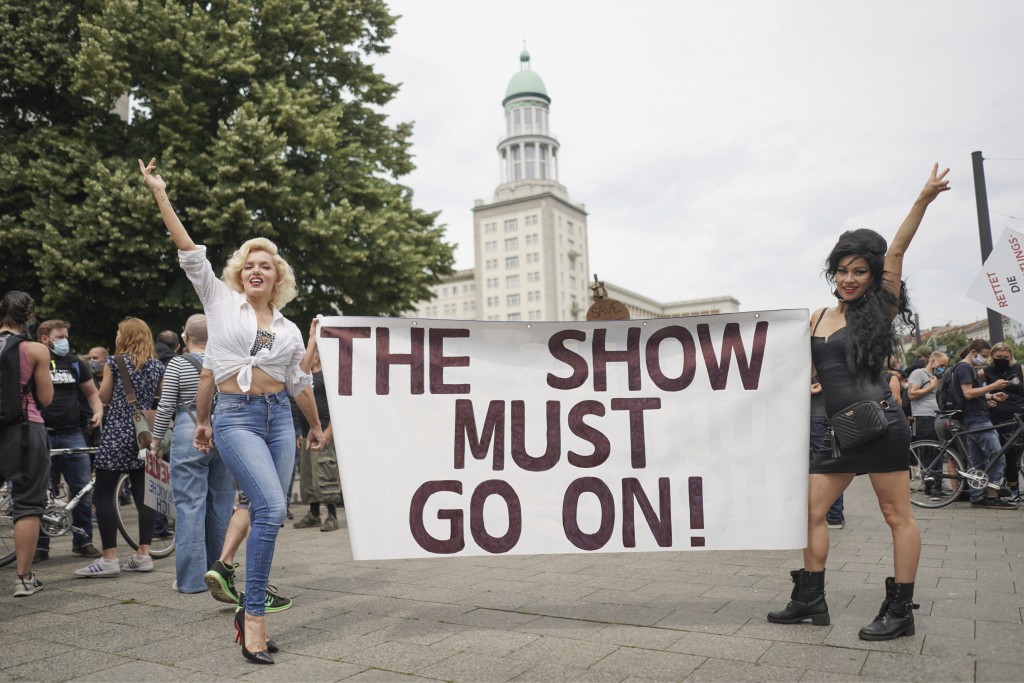 The outbreak of the coronavirus has dealt a shock to the global economy with unprecedented speed. Following are developments Friday related to the national and global response, the work place and the spread of the virus.

— Clothing company Express has reopened about 95% of its stores as of Monday. The chain anticipates the rest of its store reopening in the coming weeks.

Express currently has ship from store capabilities at more than 330 locations and buy-online-pick-up-at-a-store service enacted at more than 275 stores. It plans to have buy online pick up at store service available at all locations by the end of the third quarter. Express has more than 500 retail and factory outlet stores in the U.S. and Puerto Rico.

— Muji U.S.A Ltd., the U.S. entity of Japanese retailer Ryohin Keikaku Co., has filed for Chapter 11 bankruptcy protection. In a regulatory filing, the company known for its minimalist home goods listed assets and liabilities in the range of $50 million to $100 million, and estimated the number of creditors at 200 to 999.

The company joins a growing list of businesses that have filed for bankruptcy protection during the pandemic, including Brooks Brothers earlier this week as well as J.C. Penney and J. Crew.

— Allegiant Travel Co.'s number of passengers in June dropped 45.6% from the prior-year period, according to preliminary data.

The airline had 867,207 passengers last month compared with approximately 1.6 million a year ago. Departures declined 20% to 8,940. Allegiant said it operated 70% of its schedule in June and plans to run about 75% of its schedule into the third quarter but will make any necessary adjustments as dictated by demand trends.

— Hawaiian Holdings says it continues to experience significant operating losses due to significantly weakened travel demand amid the virus outbreak. A regulatory filing from the company — which runs Hawaiian Airlines — disclosed that it held a webcast two days ago in which President and CEO Peter Ingram said that based on Hawaiian's current planning assumption of a 10%-15% reduction in its anticipated flight schedule for the summer of 2021, it expects to reduce its employee headcount. The company did not specify how many jobs might be eliminated.

— Standard & Poor's downgraded United Airlines’ credit one notch deeper into junk territory, to B+, citing a setback in air travel’s recovery when the coronavirus spikes. United said this week that bookings have slowed because of a flare-up in virus cases, and it warned 36,000 employees could be furloughed in October.

— Starbucks will be requiring customers to wear facial coverings while visiting all company-owned café locations in the U.S., beginning on July 15. The company said in a blog post that at select locations where a local government mandate is not in place, customers that may not be wearing a facial covering will have various options to order their Starbucks items, including ordering at the drive-thru, curbside pickup through the app or placing an order for delivery.

The Belgian government said the decision was made following a meeting of politicians and experts in charge of the lockdown exit strategy who decided to follow recommendations issued by the health ministry’s scientific advisory body.

The compulsory use of masks already implemented in public transports will be extended to conference centers, places of worship, museums and libraries.

The government said places that won’t respect the decision could be shut down, while Belgian residents who won’t follow the new guidelines will face penal sanctions.

MARKETS: Stocks are drifting on Wall Street Friday, capping off a week full of erratic swings driven by worries about rising coronavirus counts.

CUP OF JOE: Since shelter-in-place orders began in the U.S. in mid-March, consumers have changed their morning coffee routine. GrubHub said Friday that its data indicates that Americans are seeking out a cooler start to their day, with orders of cold brew soaring by 232%.

Americans are also seeking out comfort foods and alcohol while they stay at home. The spicy chicken sandwich is 353% more popular under quarantine, according to GrubHub. A red velvet cupcake is 196% more popular.

Orders of meal kits are up 55% in quarantine compared with a year ago. GrubHub says the most popular orders include do-it-yourself kits for burgers, lobster rolls, salads, pizzas and gyros.