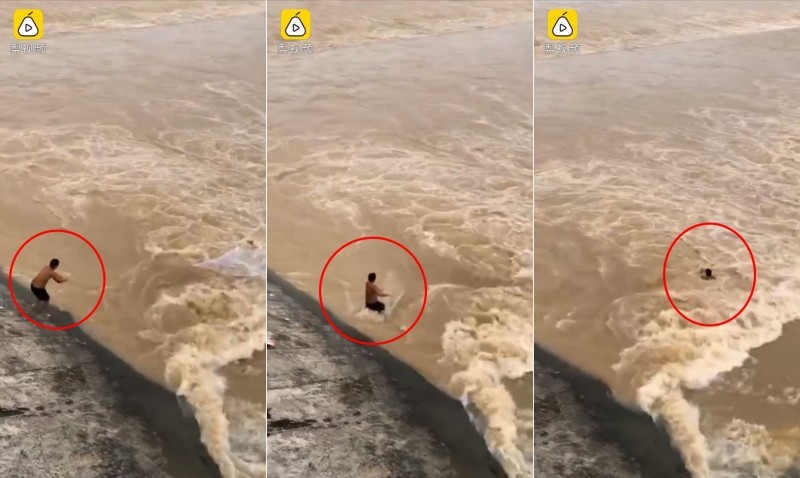 TAIPEI (Taiwan News) — As torrential rain and massive flooding continues to ravage much of southern China, video surfaced on Thursday (July 9) showing a Chinese man being swept away by churning floodwaters as he tries to cling to a fishnet.

A man in Zhangjiajie City, Hunan Province, was seen on Wednesday (July 8) tossing his net to catch fish into a flood-engorged river. Within just six seconds, the man was jerked into the rapids and quickly disappeared from sight.

According to the description of the incident posted on Pear Video Thursday, a shirtless man in Zhangjiajie City's Wulingyuan District was spotted on Wednesday casting a net into a raging river while standing precariously on an embankment. In the video, the man can be seen struggling to pull his net back in and being jerked by the powerful current.

He quickly runs down the embankment as he refuses to let go of the small net. Onlookers yell at the man, fearing for his safety, until he falls completely into the brown, swirling torrent. The man is dragged further and further away from the shore as bystanders shout helplessly. Within seconds, the man vanishes completely from sight.

Jundiping Police Station said that it received a report of the incident that same day and that it will be reporting the details to the relevant departments. The poster of the video cited another source as saying the man was a security guard dispatched by a labor staffing company based in Zhangjiajie.

The complete video can be seen here. 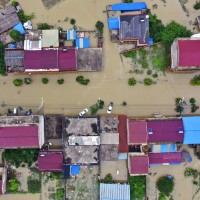 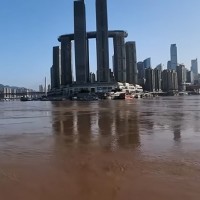 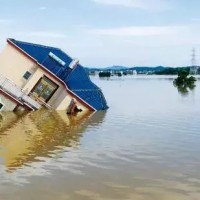