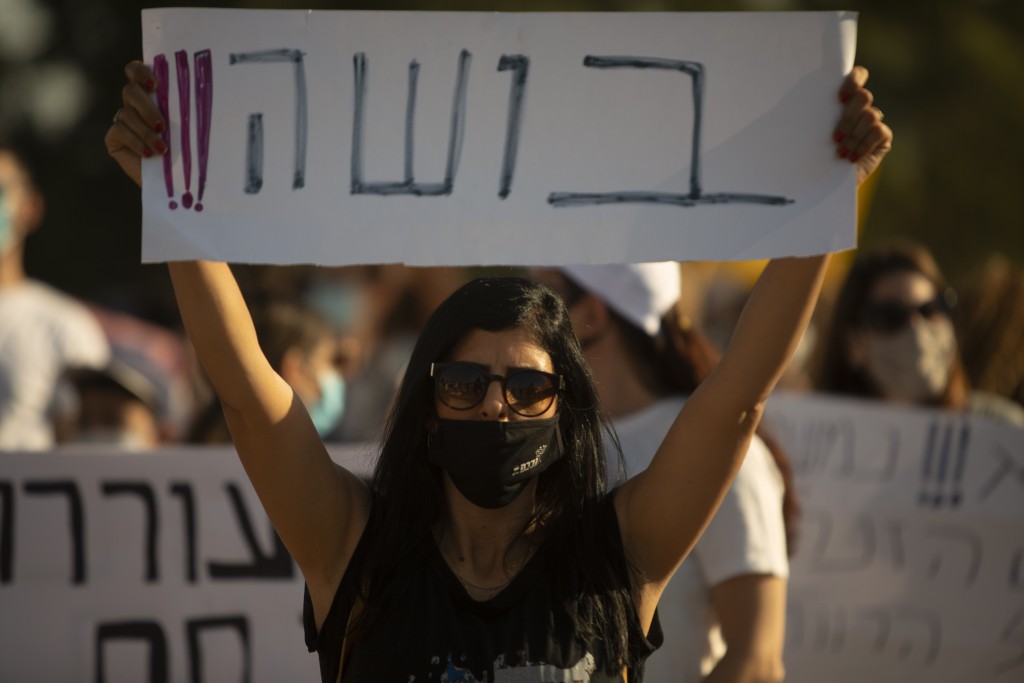 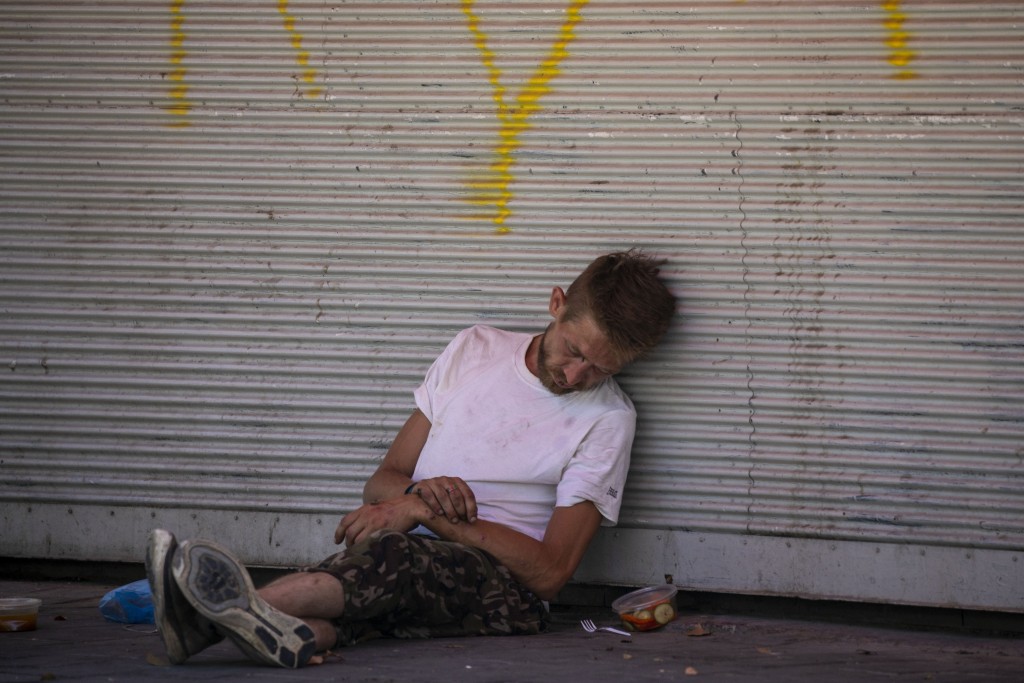 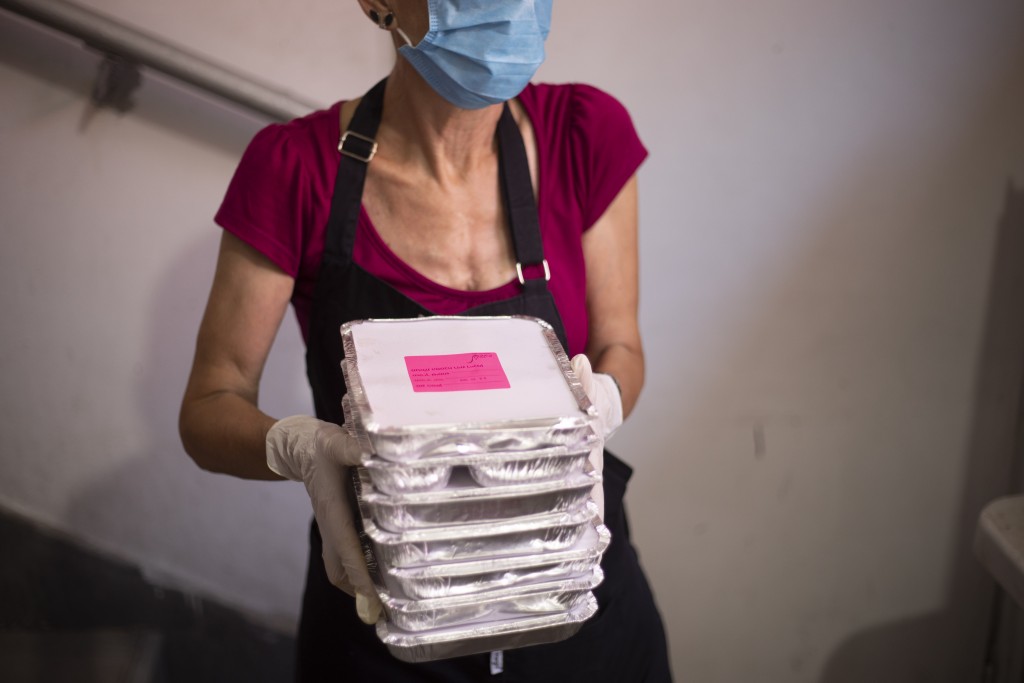 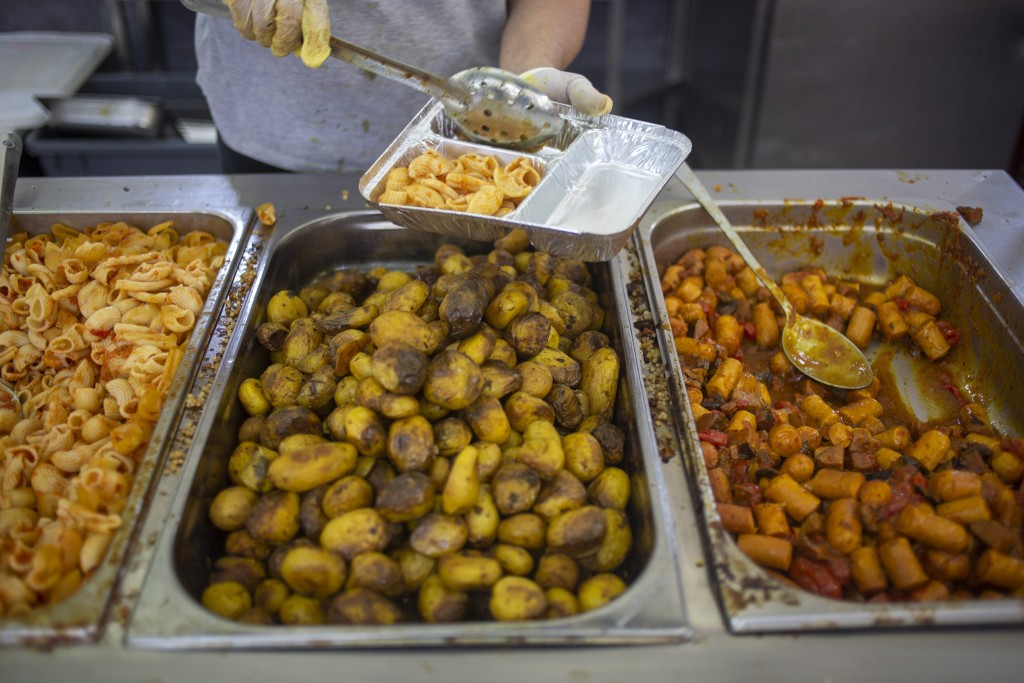 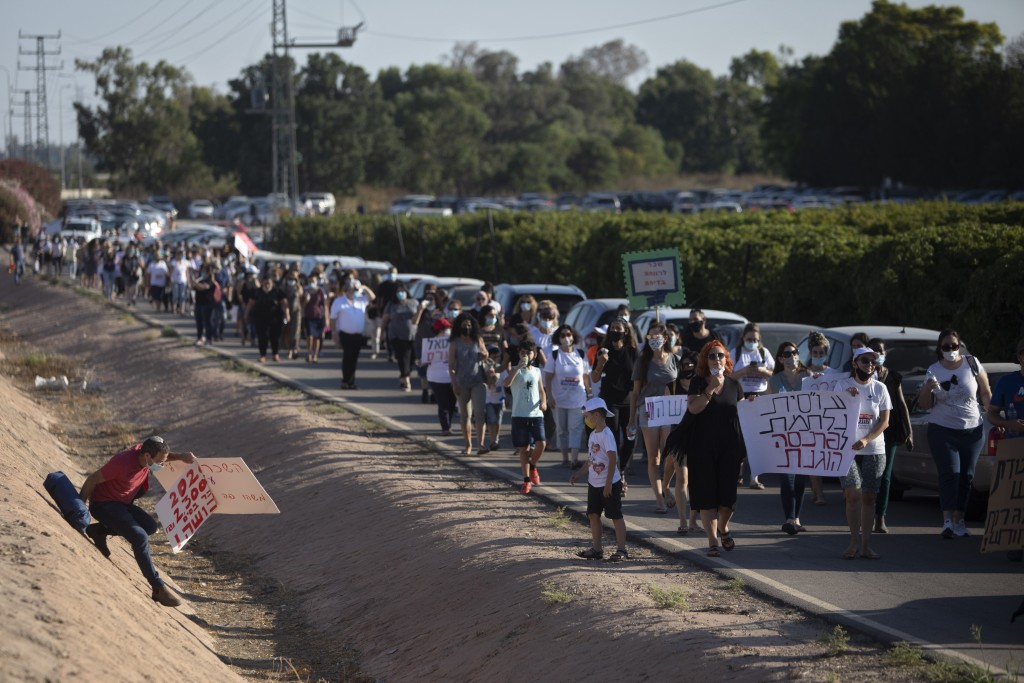 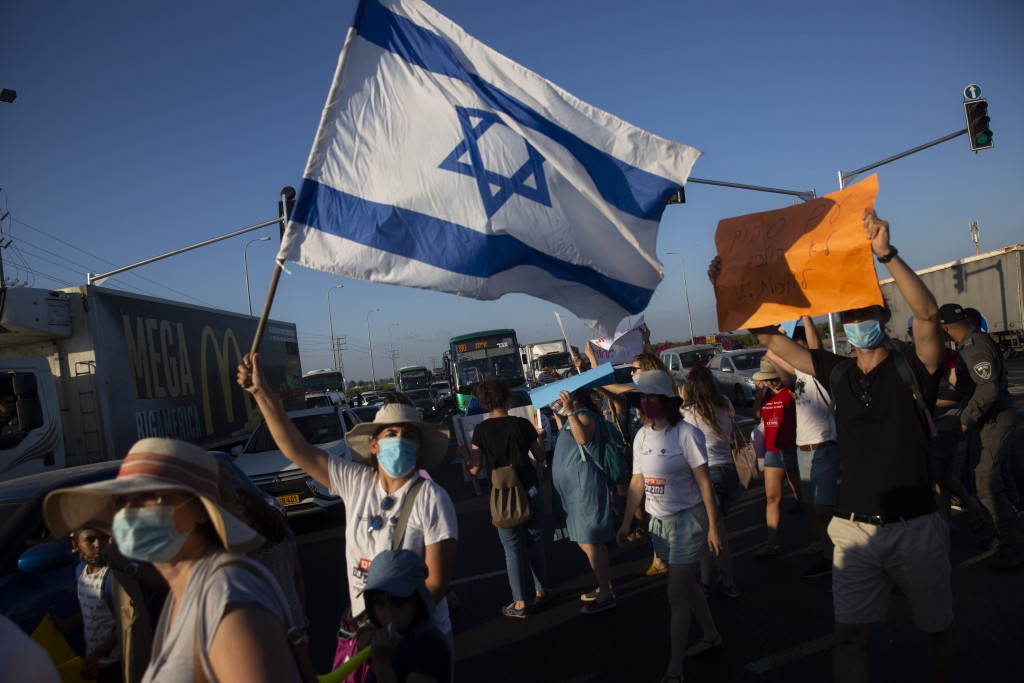 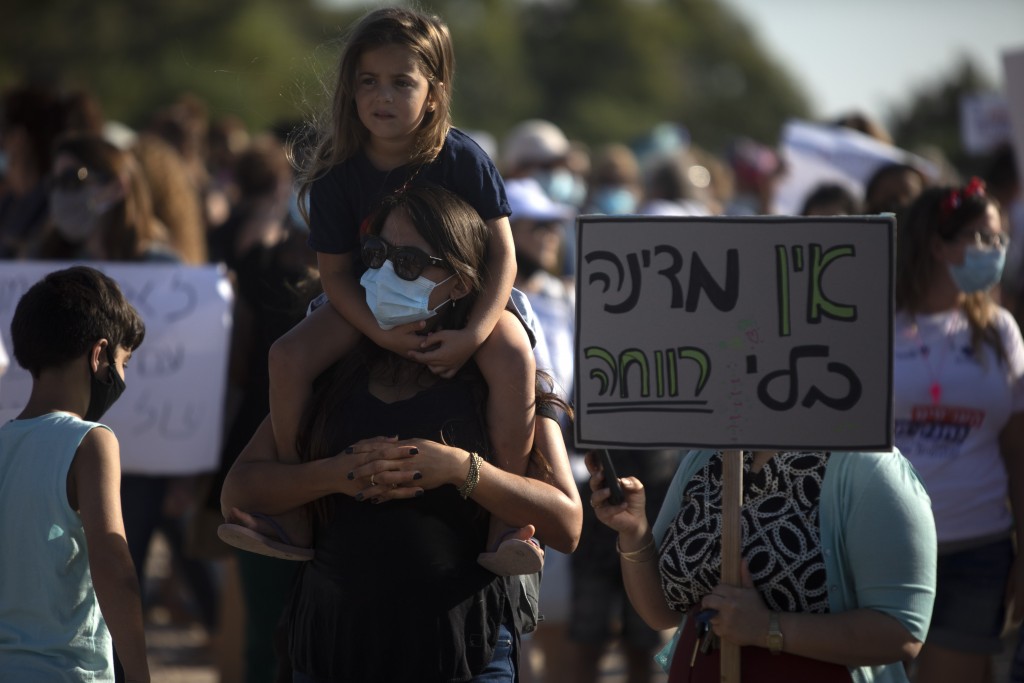 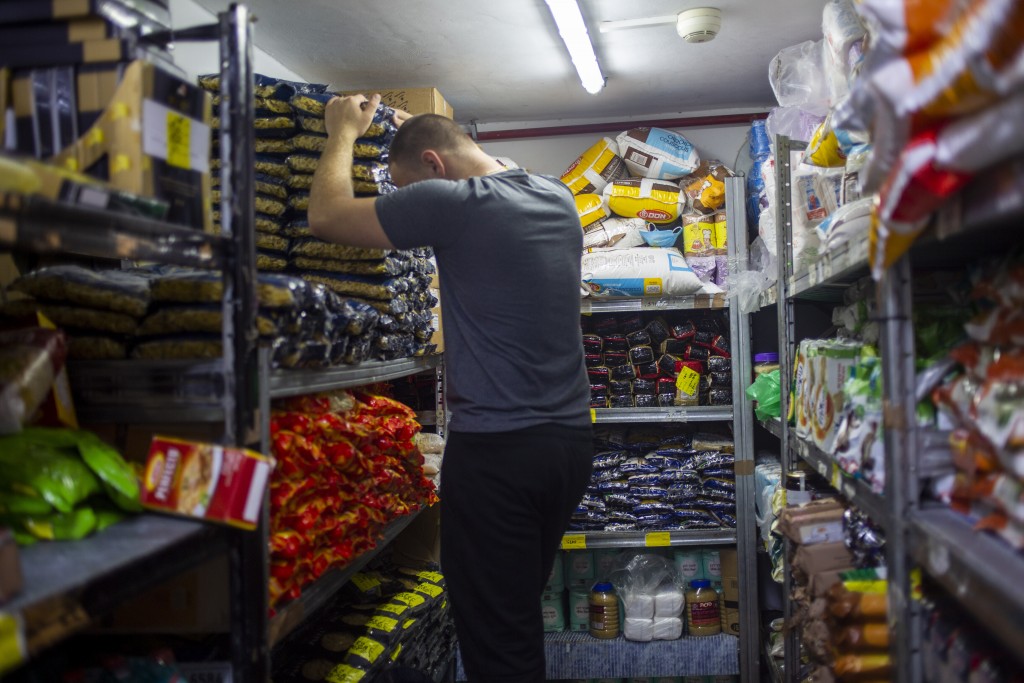 JERUSALEM (AP) — With an unprecedented new surge in coronavirus cases battering Israel’s economy, one of Prime Minister Benjamin Netanyahu’s closest confidants was dispatched to a TV studio recently to calm the nerves of a jittery nation. Instead, he dismissed expressions of some of the public's economic pain as “BS.”

The flippant comment by Cabinet minister Tzachi Hanegbi is symptomatic of what critics see as a bloated, out-of-touch government. It also has become a rallying cry for anti-Netanyahu protests spreading, like the virus, across the country.

One out-of-work Israeli erupted in anger during a live television interview, berating Netanyahu and warning the country is “going to burn” if aid is not given soon.

It is a dramatic turn of events for Netanyahu, who claimed credit and was widely praised for Israel's successful management of the early stages of the crisis. Now his approval ratings are plummeting, and public health experts warn that Israel is close to being unable to cope.

At the start of the pandemic, Netanyahu moved quickly to close the country's borders and impose strict measures to contain the virus. By May, Israel was among the first in the world to reopen its economy. Netanyahu boasted on TV that other countries were looking to Israel as a model.

But the exit strategy appears to have been bungled. Now facing a drastic surge in confirmed COVID-19 cases, the country has begun re-imposing restrictions, such as limits on public gatherings. Critics warn the government waited too long to respond.

“The management of the corona crisis is a humiliating national failure, it is dangerous and without precedent,” opposition leader Yair Lapid said this week. “People are furious, and they are right to be furious."

After three costly and inconclusive elections in just under a year, he had managed to convince his chief challenger, retired military chief Benny Gantz, to join him in an “emergency” government with a mandate to tackle the coronavirus. Despite steep criticism, they established the largest government in Israeli history, arguing that its 34 ministers, some with dubious job titles and responsibilities, were essential to provide stability in uncertain times.

By late May, as the number of infections subsided, the country triumphantly reopened for business. The new government got distracted by ambitious plans to annex parts of the West Bank in the face of international criticism.

“We want to make your lives easier, to allow you to go out and get some air, to go back to routine as much as possible, to drink a cup a coffee, and to have a beer as well. So, first of all, enjoy yourselves,” Netanyahu said at the time.

From just a handful of cases, contagion quickly spread. Authorities now report record levels of more than 1,000 new cases a day, higher than any peak in the spring.

Experts charge that Israel let its guard down. Ran Balicer, a professor of public health and member of the national epidemic management team, said Israel reopened too quickly and slammed the brakes too late.

“For weeks we have been seeing the illness spread in Israel at one of the fastest rates in the world,” he wrote in the Haaretz daily. “A large proportion of experts believe that the critical time for intervention, for the ‘final braking point,’ is right before us. And the problem is that it is coming at a time when we don’t have enough effective tools to halt the spread of the illness.”

Israel, like other countries, is struggling to balance containing infections and protecting the economy. Unemployment shot up to more than 25% during the first surge and many jobs have yet to come back. Small businesses, the self-employed and particularly the dining, entertainment and tourism industries are warning that another large-scale shutdown will be a death blow.

In the face of an angry electorate, Netanyahu's support has tumbled. A Midgam Research & Consulting poll on Channel 12 TV found just 46% of respondents approved of Netanyahu's job performance, down from 74% in May.

Scrambling to respond, Netanyahu said Thursday that the government would pay monthly stipends over the coming year to help the unemployed, self-employed and business owners hurt by the corona crisis. “The government will do everything that is required to ease the economic distress,” he said.

The sight of desperate Israelis lining up at soup kitchens and near-daily protests by out-of-work people has been damaging to Netanyahu’s populist brand.

Hanegbi's gaffe on TV added fuel. Asked about families struggling to put food on the table, he said: “This nonsense that people don’t have anything to eat is BS.”

He apologized and Netanyahu distanced himself. But the damage was done. Protesters demanded the government deliver on a promised relief package and attacked it for being obtuse to their suffering.

“Minister Hanegbi, what he did in this situation is that he gave the people on the ground a green light,” screamed Eyal Altratz, an unemployed sound technician, in a Channel 13 TV interview. “I’m promising the prime minister: Listen carefully. Liar. If we don’t get the money in the next few days, you’re going to have a world war here.”

Though most of the anger has been focused on livelihoods, those involved in fighting the pandemic have been more concerned about public health.

A top Health Ministry official credited with helping contain the initial outburst stepped down this week over differences on how the new government was handling the current spike. In her resignation letter, Sigal Sadetsky, the outgoing head of the public health services department, bemoaned how the “handling of the pandemic had lost direction.”

Unlike the initial response, she said recent actions have been clumsy, dismissive of health considerations and leading Israel to a “bad place.”

Yuval Karni, a commentator for the Yediot Ahronot daily, said Netanyahu was suffering the consequences of his centralized management style in which he has taken credit for success, blamed others for failures and sidelined potential rivals and experts.

“Netanyahu is paying a political price for a decade of smugness,” he wrote. “Now Netanyahu is alone, at his most difficult time. And ours.”