To give back to citizens of Ontario's Oxford County, where 19th-century Presbyterian missionary George Leslie Mackay was born, the hospital that bears his name has donated 150,000 masks, reported CNA. In addition, as MacKay had lived in and made many contributions to Tamsui during his lifetime, Tamsui District Office also donated 10,000 masks to the county.

A total of 75 boxes carrying 150,000 surgical masks donated by Mackay Hospital arrived in Toronto on Monday (July 6). The next day, Catherine Y. M. Hsu (徐詠梅), director-general of the Taipei Economic and Cultural Office (TECO) in Toronto, represented Taiwan at a ceremony held in Oxford County to announce the donation.

During the ceremony, Hsu handed over 10,000 masks on behalf of the Tamsui District Office in addition to the 150,000 from Mackay Memorial Hospital. In response, Oxford County Warden Larry Martin noted the Wuhan coronavirus (COVID-19) pandemic had affected communities across the globe and expressed appreciation for "the consideration for the health of our community and the special relationship we share with the citizens of Taiwan," according to the report.

Hsu pointed out this year marks the 20th anniversary of ties between Tamsui District and Oxford County as well as the 140th anniversary of the founding of Mackay Hospital. Reflecting on the historic relationship between the two places, Hsu said, according to CNA:

"The love from Taiwan to Oxford County is a testament to our special historic connection and long friendship for nearly one and one-half centuries. There is no better way to commemorate these anniversaries and the legacy left by Dr. MacKay in Taiwan than giving back during these difficult times."

Robin Martin, who is a member of Provincial Parliament for Eglinton-Lawrence at the Legislative Assembly of Ontario and a parliamentary assistant to the minister of health, on Wednesday (July 8) thanked the hospital and people of Taiwan for their "generous donation." She went on to laud their "friendship and support during these difficult times."

Born in Zorra Township in Oxford County, Mackay first arrived in northern Taiwan in 1872 to serve as a missionary for the Canada Presbyterian Church. In addition to establishing churches, he provided medical services and established schools, including Oxford College, which eventually became what is now known as Aletheia University.

Mackay built the Mackay Clinic in Tamsui in 1880. The first Western medical facility in northern Taiwan, it was temporarily closed after Mackay's death in 1901 and was reopened in 1906.

The hospital was moved from Tamsui to Taipei in 1912 and renamed Mackay Memorial Hospital.

A sincere thank you to Mackay Memorial Hospital and the people of #Taiwan for a generous donation of 150,000 masks to be distributed to Ontario Hospitals. We appreciate your friendship and support during these difficult times. @TECO_Toronto @tcataiwan pic.twitter.com/M1kGZgkXYC 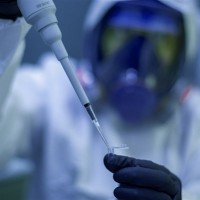