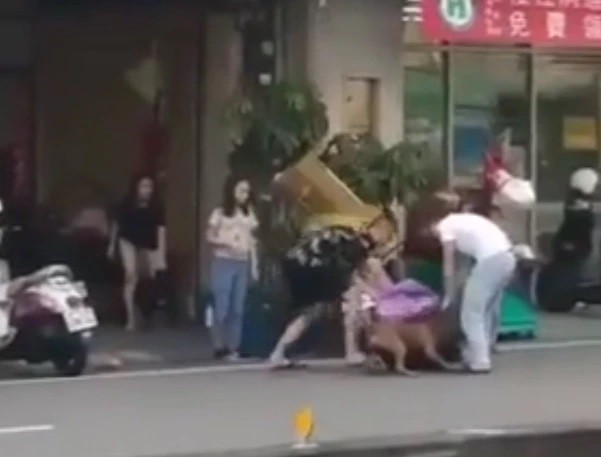 TAIPEI (Taiwan News) — The owner of an American pit bull terrier has been fined NT$30,000 (US$1,000) after his pet viciously mauled a neighbor's dog for 32 seconds, despite the efforts of five adults to pry the vicious beast off.

On Wednesday (July 8), the owner of a black dog who lives in Chiayi County's Zhuqi Township posted a complaint on Dcard about the numerous attacks her dog had suffered from a neighbor's pit bulls. The author of the post, a woman surnamed Hsu (許), also included a video of the latest pit bull attack.

Hsu wrote that two pit bulls owned by her neighbor, a man surnamed Tseng (曾), had previously attacked her dog after they had been allowed to roam without a leash. She tried to contact the owner about assisting with medical treatment for her pet, but she was unable to determine his whereabouts.

Hsu then complained to the Animal Protection Office, but they said since it was a first offense they would only issue a verbal warning. She then wrote that, "I don't know if he wanted revenge or what, but he then bought a third pit bull!"

Hsu claimed Tseng would not use a leash or place a muzzle on the dog and that he would make comments to her such as "my dog is tougher than yours." Hsu also alleged that Tseng would encourage his pet to attack stray dogs. In a video of the recent unprovoked attack on Hsu's dog, the pit bull locks its jaws onto Hsu's dog as a woman tries to drag it away by its collar. An adult male then tries to fend the dog off with an umbrella. Three children who run over to try to help protect their dog are warned away by the woman.

There are two occasions when the small children try to hit the dog, risking serious injury. Two other adult males and an adult female then run over to try to help pry the pit bull off the hapless black dog, before the video cuts out.

In response to the incident, Tseng denied in a Facebook post that he encouraged his pet to attack other dogs. He claimed to be a dog lover, but acknowledged that his pets had previously attacked other canines.

Tseng then wrote, "Dog owners know dogs are territorial and the furry kids can't avoid being provoked by neighbor's dogs, causing regrettable incidents." Hsu filed a second complaint with the Animal Protection Office, and Tseng was handed a fine of NT$30,000 (US$1,000) for failing to properly restrain his dog, with the maximum fine for such an offense being NT$150,000, reported CTS News. 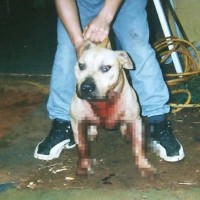 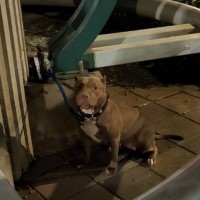 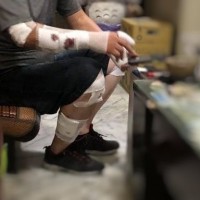 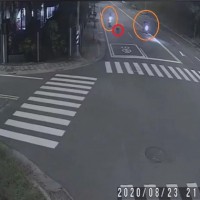 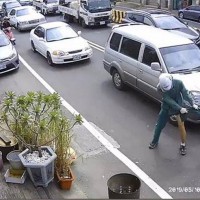