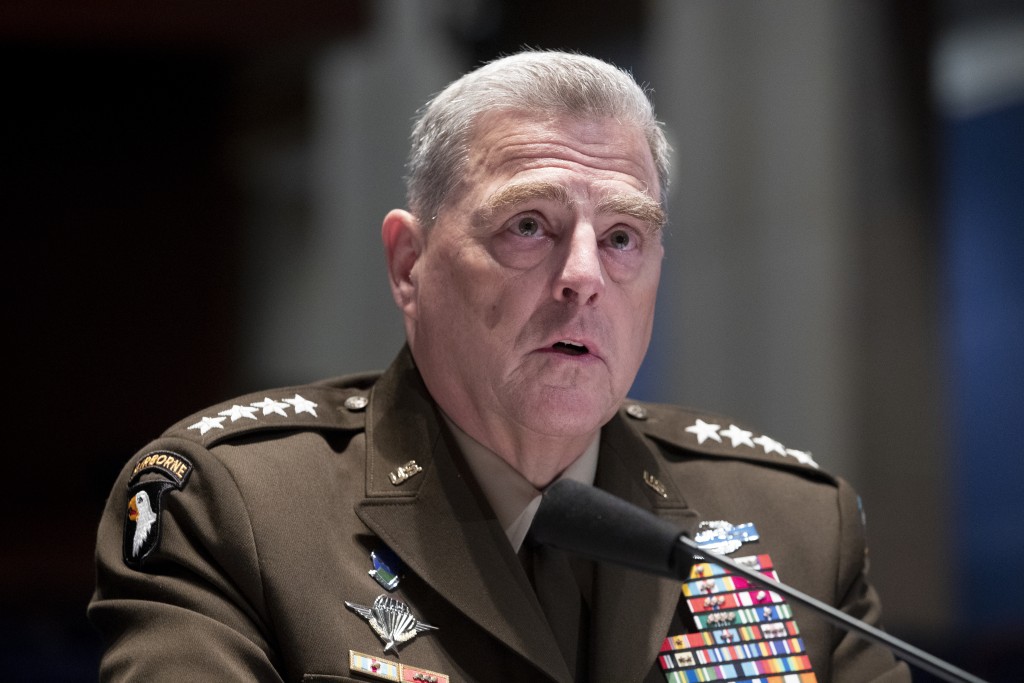 WASHINGTON (AP) — Confederate Army symbols within the military, including prominent Army bases named for rebel generals, are divisive and can be offensive to Blacks in uniform, the nation's top officer said Thursday.

Milley, the chairman of the Joint Chiefs of Staff, noted that some see it differently. “Some think it's heritage. Others think it's hate.”

He said he has recommended creating a commission to study the matter. The House and Senate versions of the National Defense Authorization Act for the budget year starting Oct. 1 include provisions for changing the names of 10 Army bases named for Confederate generals. President Donald Trump says he would veto the defense bill if the version that reaches his desk includes a requirement to change the names.

“These Monumental and very Powerful Bases have become part of a Great American Heritage, and a. history of Winning, Victory, and Freedom,” Trump wrote on Twitter last month. “The United States of America trained and deployed our HEROES on these Hallowed Grounds, and won two World Wars. Therefore, my Administration will not even consider the renaming of these Magnificent and Fabled Military Installations.”

Milley did not explicitly say the base names should be changed, but he noted that the Army is now about 20% Black.

“For those young soldiers that go onto a base — a Fort Hood, a Fort Bragg or a fort wherever named after a Confederate general — they can be reminded that that general fought for the institution of slavery that may have enslaved one of their ancestors,” Milley said.

He recalled an enlisted soldier told him, early in Milley's career while serving at Fort Bragg, North Carolina, that “he went to work every day on a base that represented a guy who had enslaved his grandparents.”