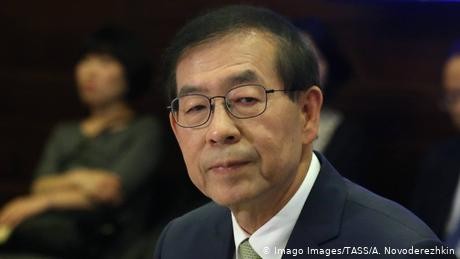 South Korean police on Thursday confirmed they were searching for the mayor of Seoul after his daughter made them aware of his disappearance, the Yonhap News Agency and the Associated Press (AP) reported.

Search operations were underway after Mayor Park Won-soon's daughter called the police, saying her father had not been accounted for.

Park's daughter filed a police report in the evening after her father left a "will-like" message and did not return home after leaving earlier in the day, Yonhap reported.

Police said officers were scouring the area of the South Korean capital where his cell phone signal was last detected. Authorities are using drones and police dogs for the search, Yonhap reported.

An official from the Seoul Metropolitan Government, Kim Ji-hyeong, confirmed to AP that Park did not show up for work on Thursday.

Park was elected mayor of the sprawling capital city in 2011 and voted into his third and final term in June 2019.

Park is a member of President Moon Jae-in's liberal Democratic Party and has been touted for a run at becoming South Korea's president in the country's next nationwide elections in 2022.