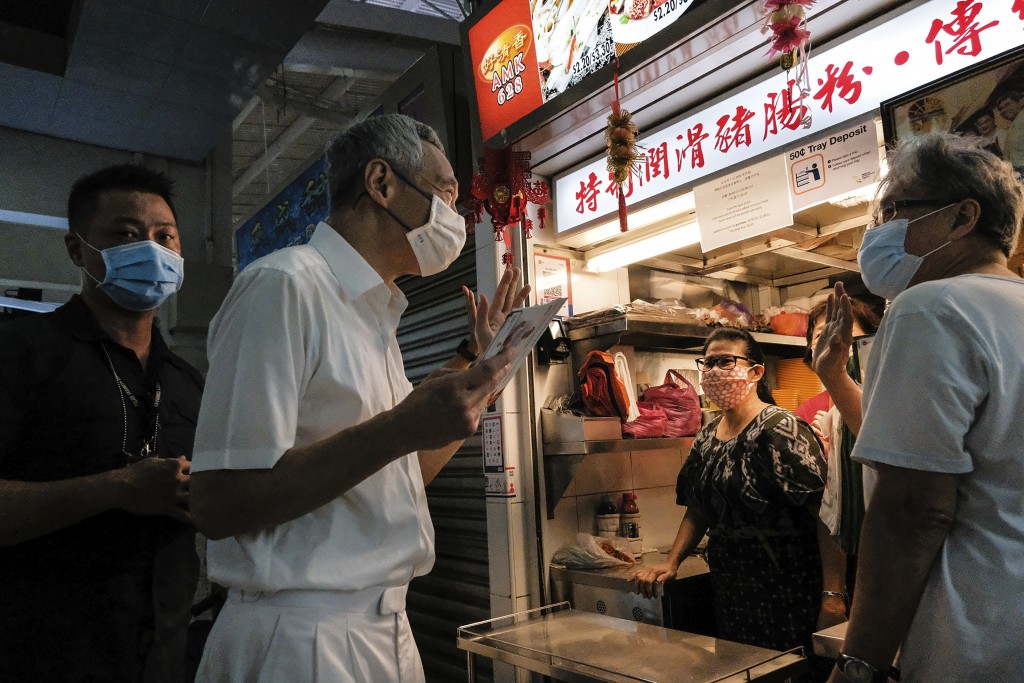 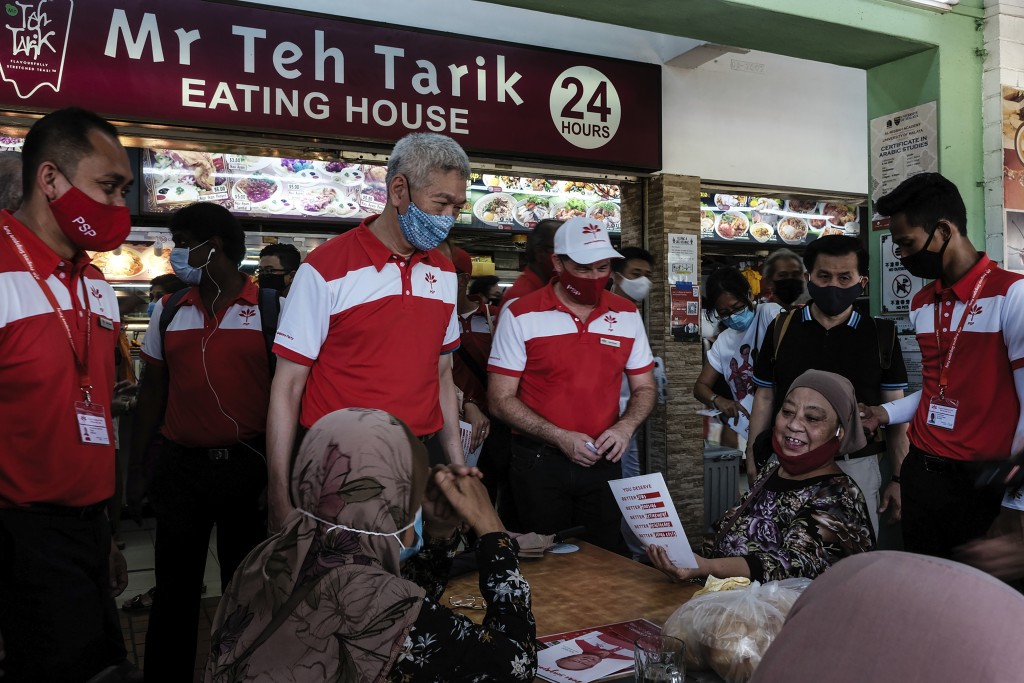 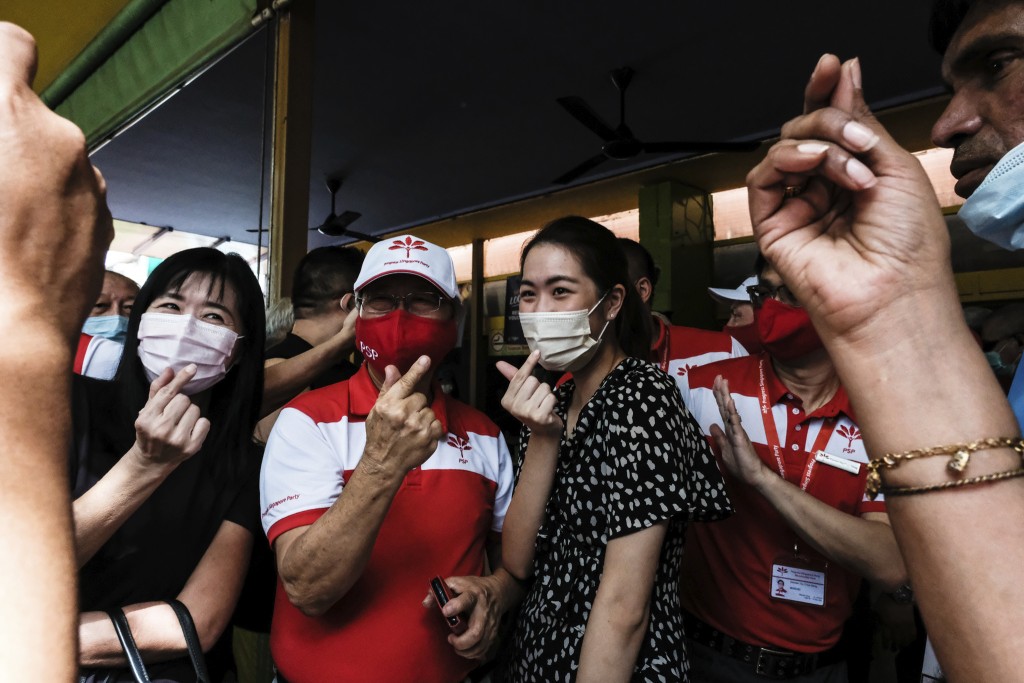 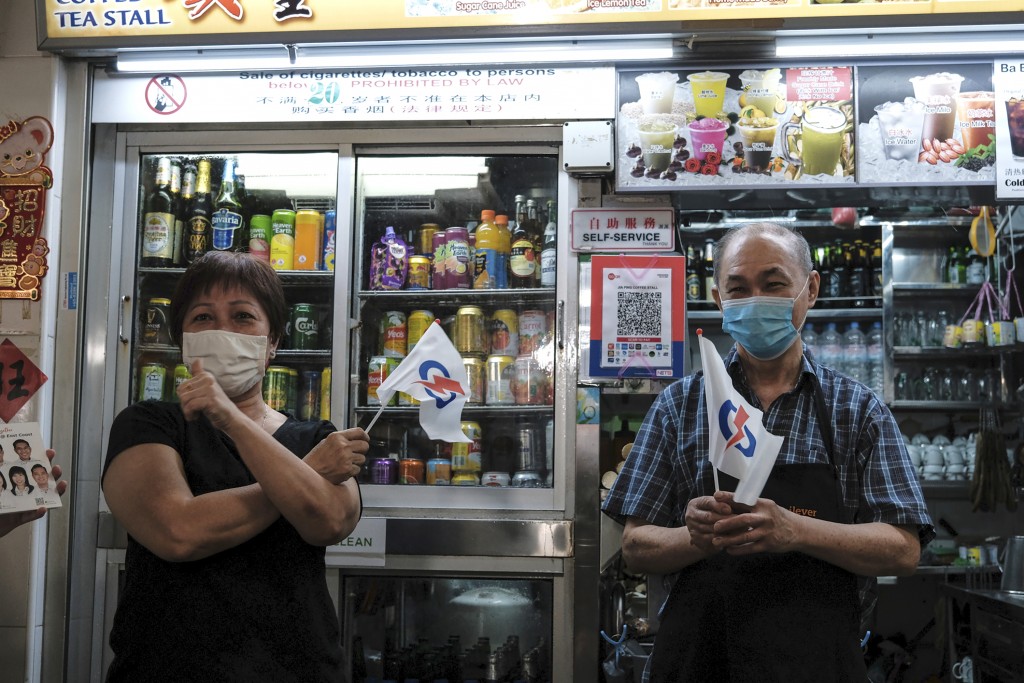 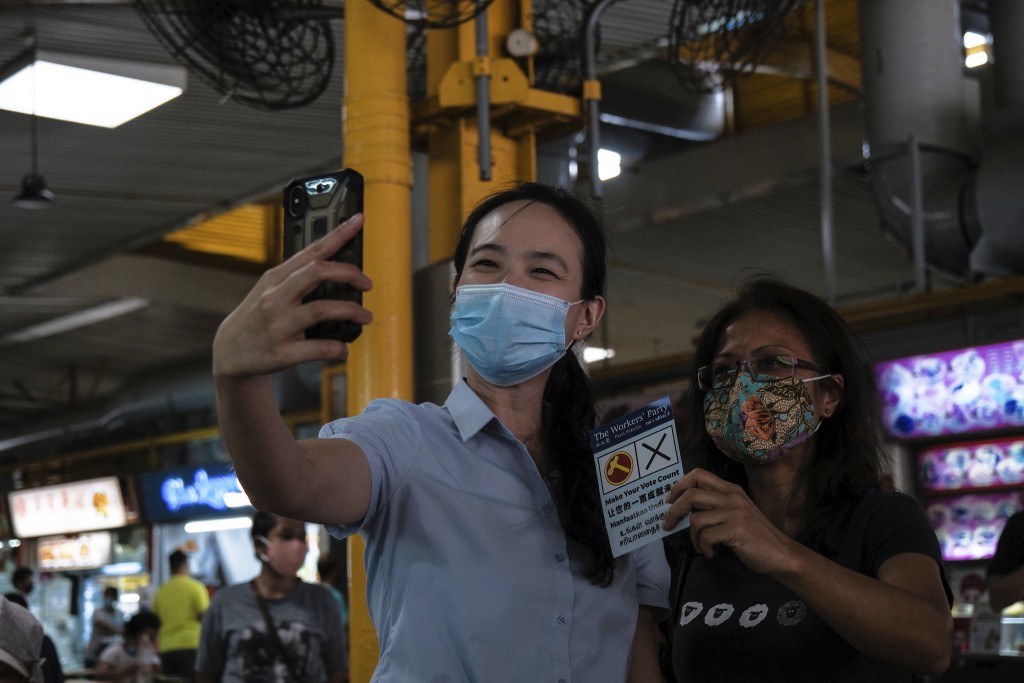 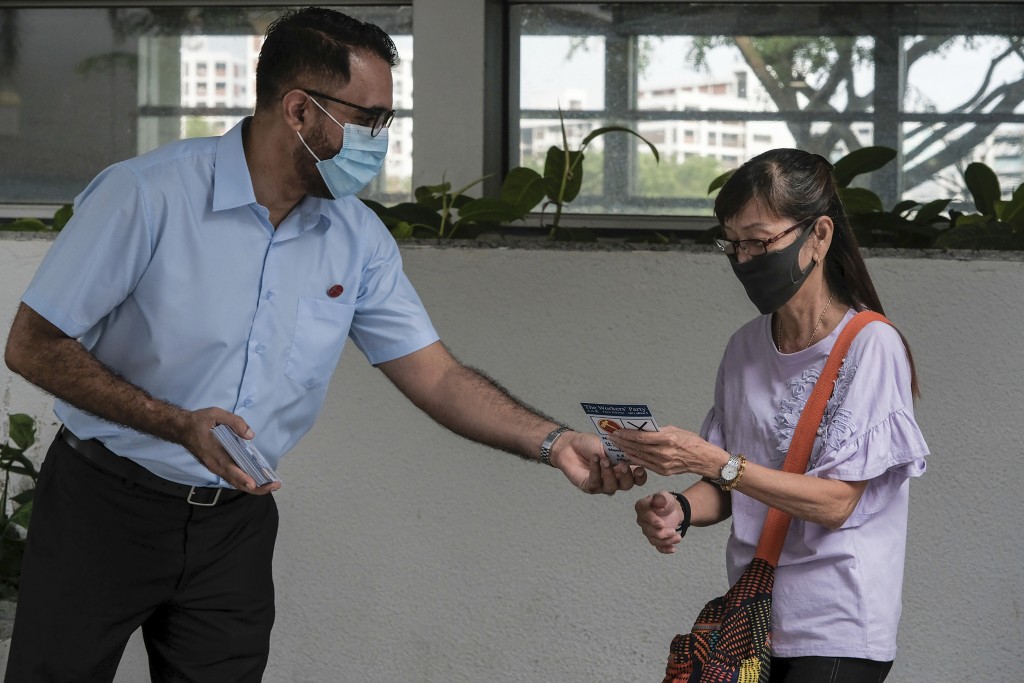 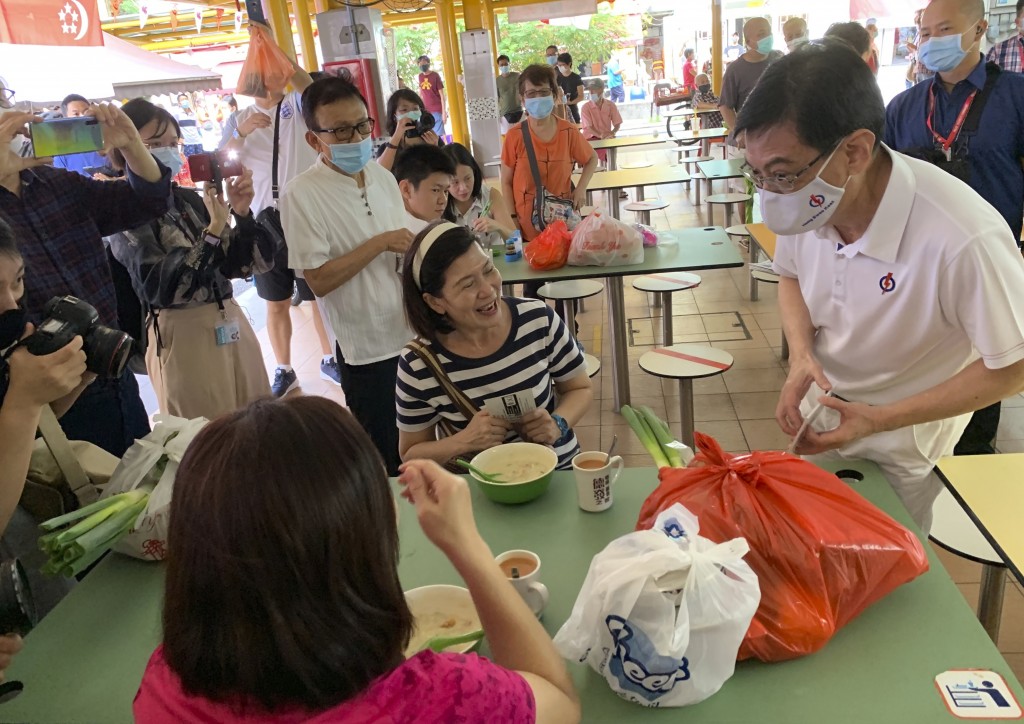 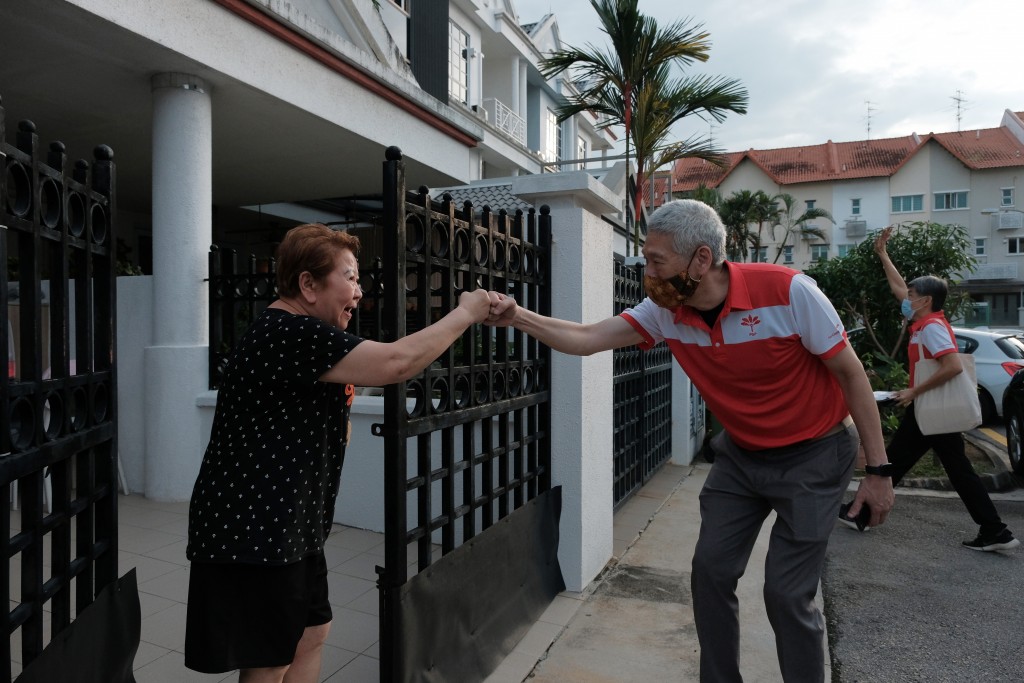 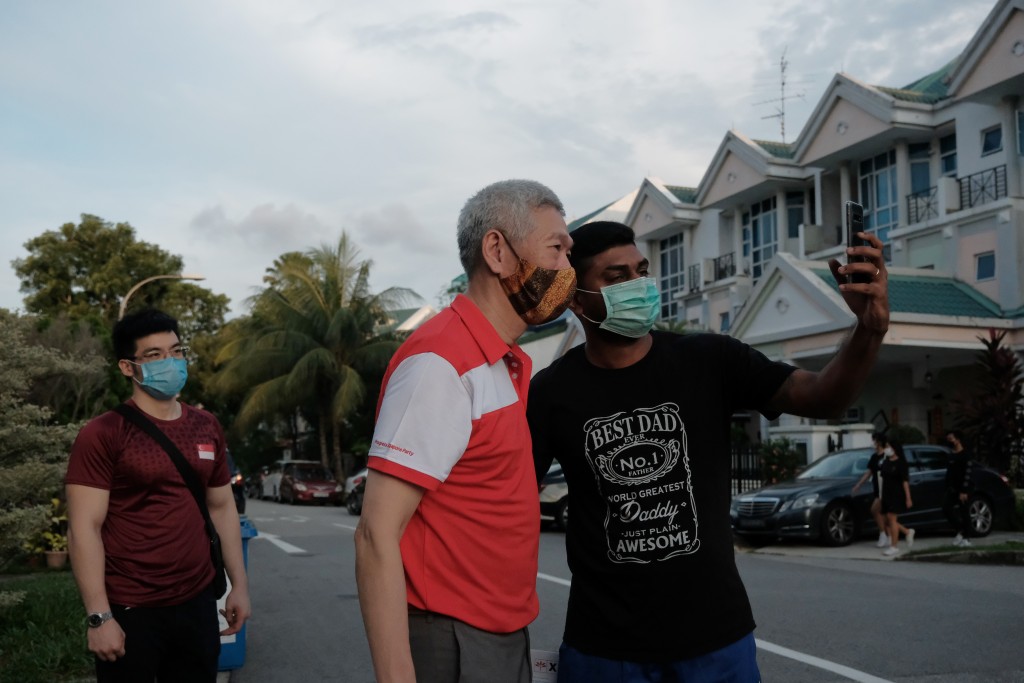 While victory seems secure for Lee’s People Action Party, the entry of his estranged younger brother into the political fray has given the opposition some hope of expanding its toehold in parliament.

His brother, Lee Hsien Yang, joined an opposition party last month but decided not to contest the election, saying the country “doesn’t need another Lee.” Their father, Lee Kuan Yew, was Singapore’s first prime minister and during 31 years in office turned the resource-poor nation into an affluent city-state. Lee Hsien Loong is the country's third prime minister and has led the government since 2004.

Lee Hsien Yang accused the PAP of turning into an elitist party and called for a more transparent and accountable government, Still, a strong showing by the opposition will be a tall task with the country facing its worst recession this year.

“It’s hard slog for the opposition in any time, more so in a crisis,” said Bridget Welsh, honorary research associate at Malaysia’s University of Nottingham.

Lee Hsien Yang has "helped set the tone for the opposition, calling into question some aspects of PAP governance, especially his brother’s leadership ... but the flight to safety argument on the economy favors the PAP,” she said.

Singapore's elections follow polls in Mongolia last month and in South Korea in April, when governing parties in both countries scored resounding victories.

Singapore's elections come just weeks after the country emerged from a two-month lockdown aimed at controlling one of Asia’s worst virus outbreaks. The tiny nation of 5.8 million people has reported more than 45,000 cases, most of them foreign workers living in crowded dormitories that were overlooked in the early phase of its crisis management.

While infections have mostly declined, new daily cases still top 100. But the government says the elections can be held safely with more polling stations and staggered times allocated for the 2.65 million eligible voters to cast their ballots.

Physical rallies were banned during the nine-day campaign that ended Wednesday, in which both sides took their battle to social media. Candidates sparred over how to keep jobs and propel the economy forward in televised debates and delivered strong online video speeches. Some wore shirts with QR codes so residents could scan them and get instant access to their social media pages.

The two Lees, who have been embroiled in a public spat since 2017 over the fate of their family home, have hit the campaign trail in hawker markets and public housing estates, but with masks and without the usual handshakes with voters.

With the economy forecast to shrink this year by between 4% and 7%, the PAP has touted its strong track record in propelling the nation into one of the world’s richest. Prime Minister Lee said the polls aren't about his family feud but the nation’s future, and appealed to voters for a strong mandate to navigate Singapore through the crisis and beyond. His government has unveiled several economic assistance packages totaling nearly 100 billion Singapore dollars ($71.7 billion).

The stakes are higher this time for Lee, who has said he plans to retire in two years at age 70. His deputy and finance minister, Heng Swee Keat, is his designated successor and some see the election as a vote of confidence in the new leadership.

“Ultimately, it is how voters view the PAP government’s handling of COVID-19 in all aspects that could play a big role in whether the ruling party will secure a strong mandate,” said Eugene Tan, law professor at Singapore Management University. “If the PAP is able to secure about 65% of the popular vote and not lose additional seats, then I think they can claim to have a very good general election.”

The popular vote for the PAP has never slipped below 60%. In 2015, the PAP won 69.9% of the total vote and 93% of parliamentary seats, riding on the nation's 50th anniversary and the death that year of Lee Kuan Yew.

While fragmented, the 10 small opposition parties appear united against the PAP. All 93 parliamentary seats are being contested, mostly on a one-on-one basis against the PAP. The opposition has pitched itself as a check-and-balance, urging voters to deny the PAP its two-thirds super majority in parliament that allows it to amend the constitution.

While praised for its economic management, the PAP has also been criticized for muzzling the media and dissenting voices, and for its government-knows-best stance. In recent weeks it used a new anti-fake news law against the opposition.

“The maze we live in today is the result of having a single party in charge with no checks and balances, no transparency or accountability. Only ‘ownself check ownself.’ This is dangerous for the future of Singapore,” Lee Hsien Yang said in a final election message on Facebook. He urged Singaporeans to vote fearlessly to send a “wake up call” to PAP.

“End the PAP’s supermajority ... no more blank check,” he said.

No matter the outcome, Singapore’s law provides for defeated top opposition candidates to be offered non-constituency parliamentary seats to ensure there are 12 opposition lawmakers, up from six previously. But opposition parties slam such an arrangement as a ploy to deny them elected seats.