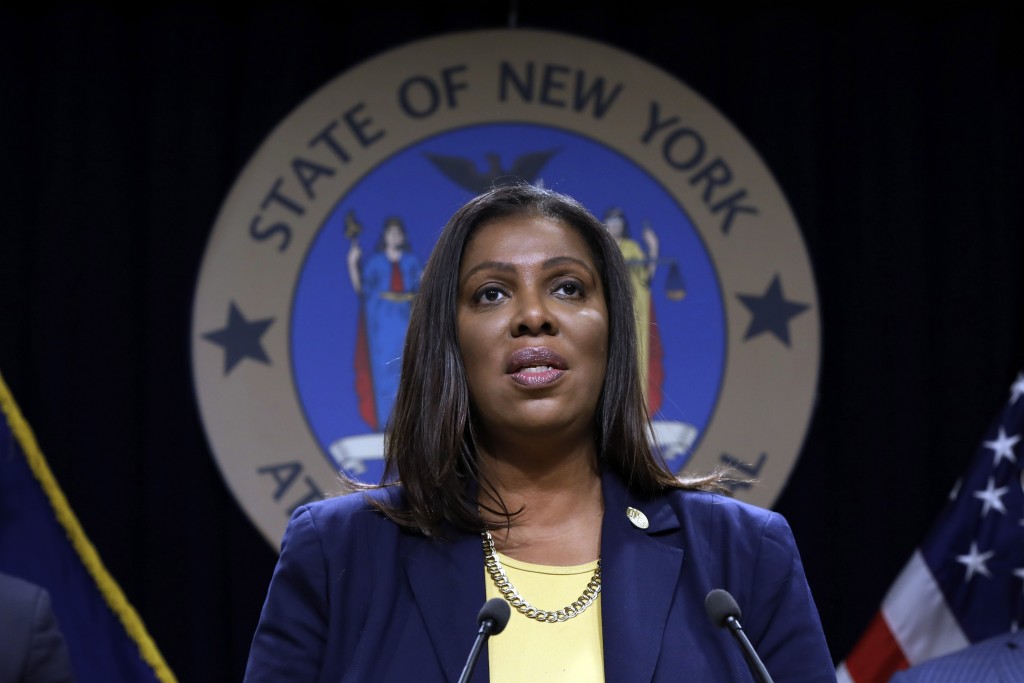 “The police should not police themselves — period," James, a Democrat, told reporters. “It's really important that we think of major reforms and not tinkering around the edges.”

Gov. Andrew Cuomo asked James to investigate whether NYPD officers used excessive force to quell unrest and enforce a citywide curfew in the wake of George Floyd’s death in Minneapolis. Floyd's death led to weeks of demonstrations in the city that became violent at times and prompted widespread allegations of police misconduct.

James did not rule out criminal charges as her investigation continues. In the meantime, she outlined several reforms intended to restore New Yorkers’ faith in law enforcement.

She made clear that none of her recommendations are binding upon city leaders but portrayed her report as a blueprint for transforming accountability in the nation's largest police department.

In addition to a new oversight committee, James called for decriminalizing “quality of life” offenses like jaywalking and a statewide certification process that would prevent “bad officers from simply being passed from one agency to another.”

“Everything should be on the table,” the attorney general said. “The ultimate goal must be democratizing policing to create trust and systems worthy of that trust.”

Messages were sent to the NYPD and its largest police union seeking comment.

The attorney general said she had received more than 1,300 submissions over the past month, and that most of the complaints involved NYPD officers using excessive force, “indiscriminate use of pepper spray, brandishing firearms at protesters, and pushing vehicles or bikes into protesters.”

Other complaints concerned “troubling arrest-related practices,” including the use of “extremely tight zip ties" misgendering detainees and holding protesters in cramped cells.

Police Commissioner Dermot Shea told James last month that fewer than 10 officers were being disciplined for alleged misconduct toward protesters, including one suspended without pay and later charged with assault after he was caught on camera shoving a woman to the ground. Shea said he was “very disturbed” by the incident.

The police oversight commission James proposed would redirect power from the department's commissioner to a new board with representatives appointed by the City Council, public advocate, comptroller and mayor.

“The commission should also hire and, if necessary, terminate the NYPD Commissioner as well as approve all promotions above the rank of captain,” the report says.

James also recommended NYPD officers be required to live within the five boroughs “so that they better reflect the communities they are required to serve and protect.”

Mayor Bill de Blasio has said the city complied with James' investigation and pointed to recent steps to reform the police department, including disbanding the plainclothes anti-crime unit.

The city recently approved a budget that will shift $1 billion from policing to education and social services in the coming year following protesters’ demands to cut police spending.