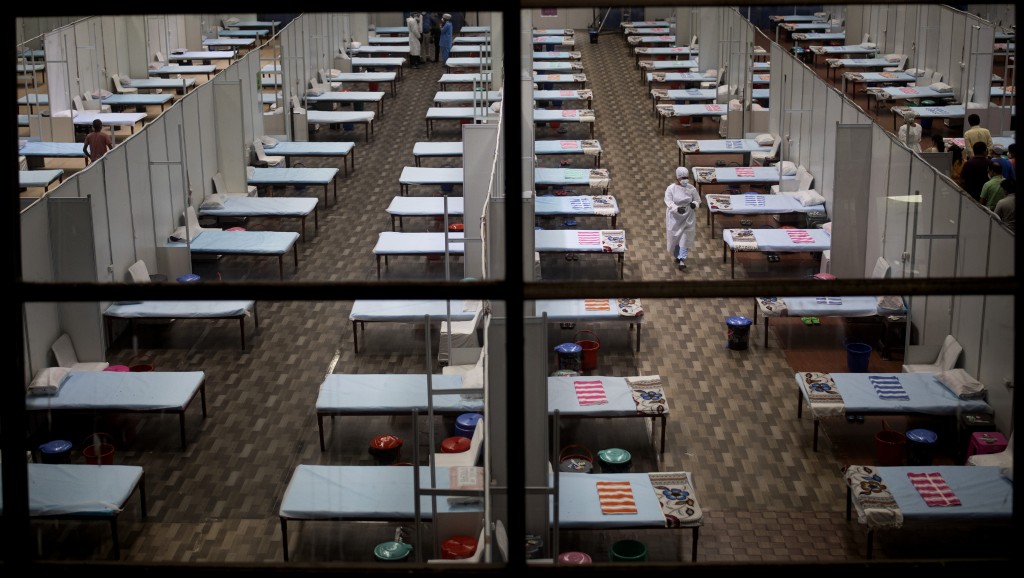 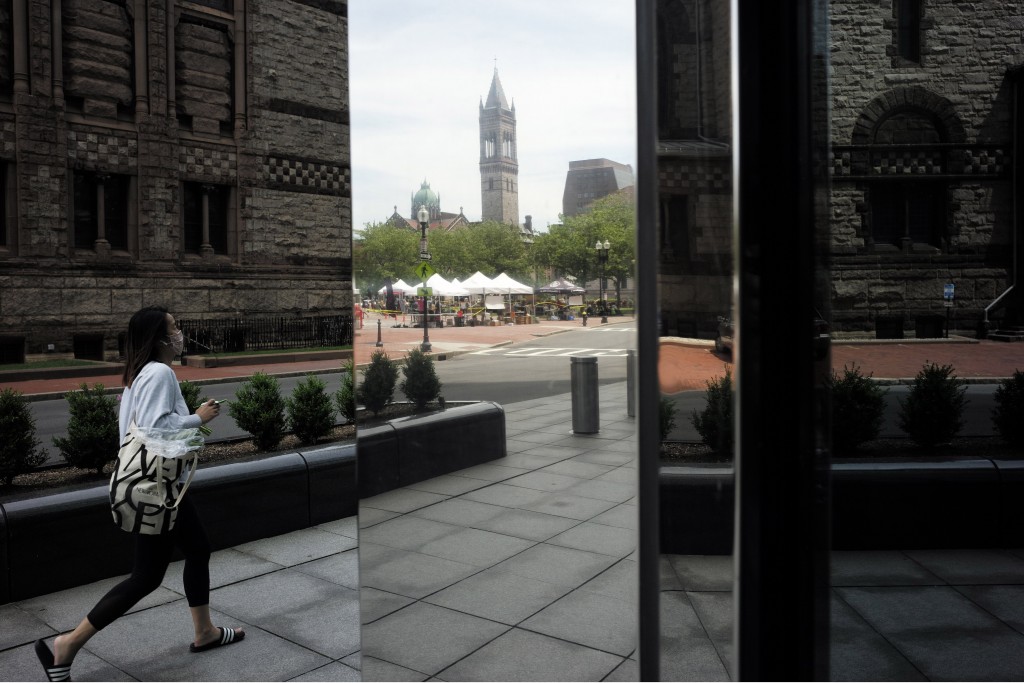 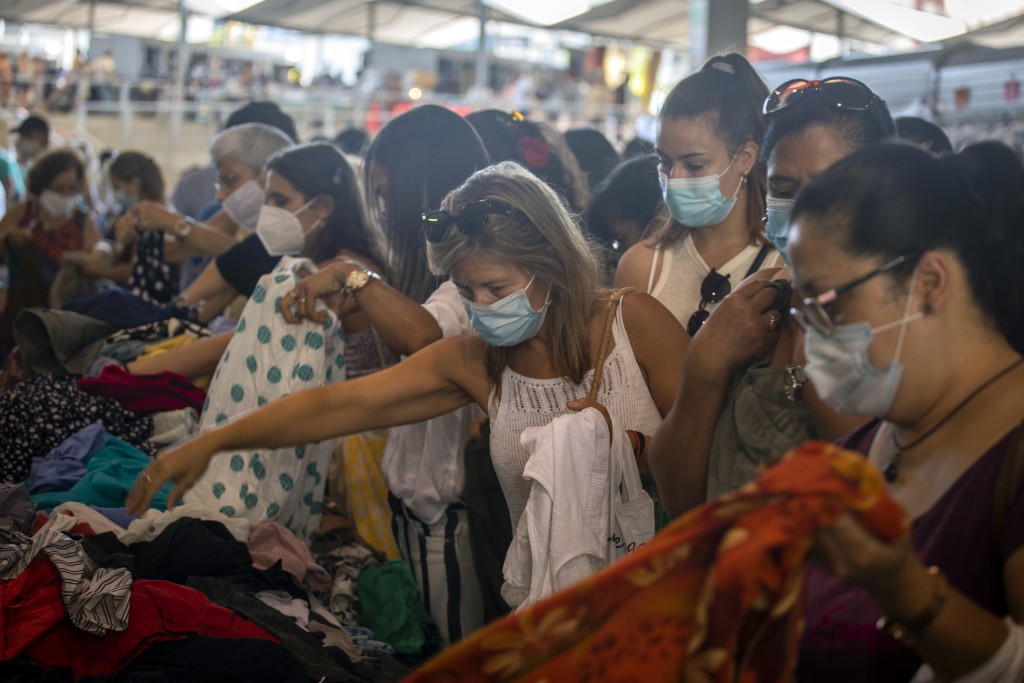 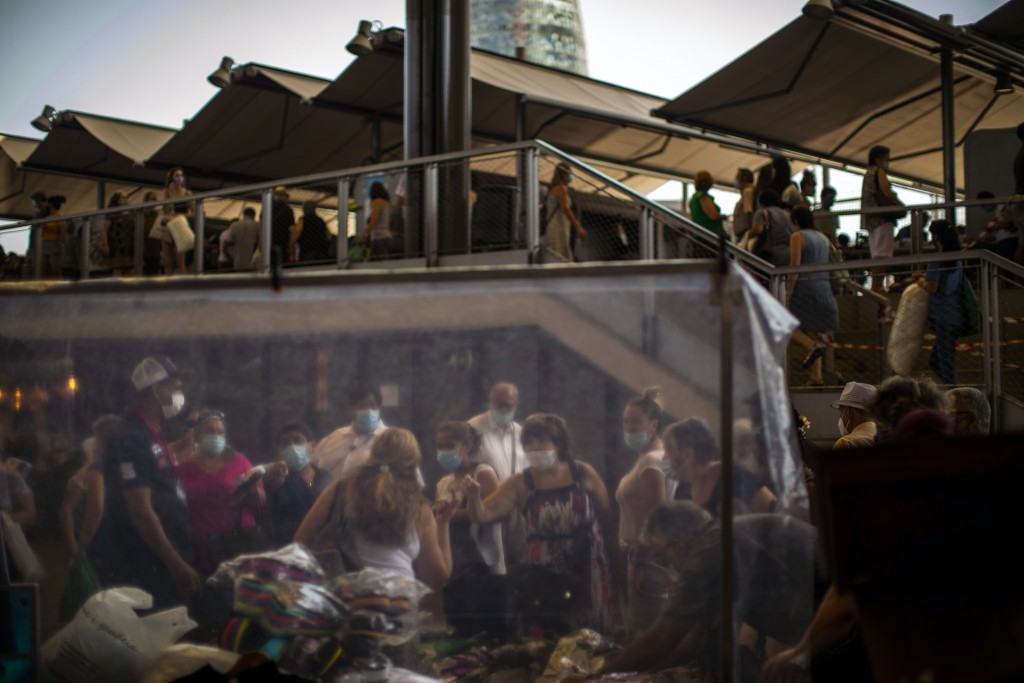 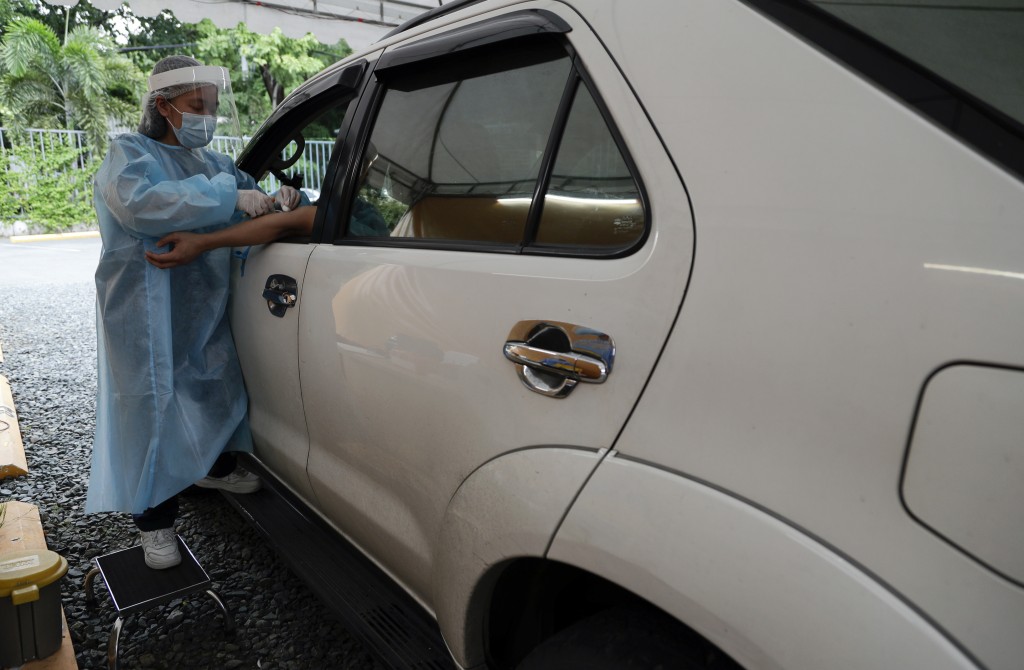 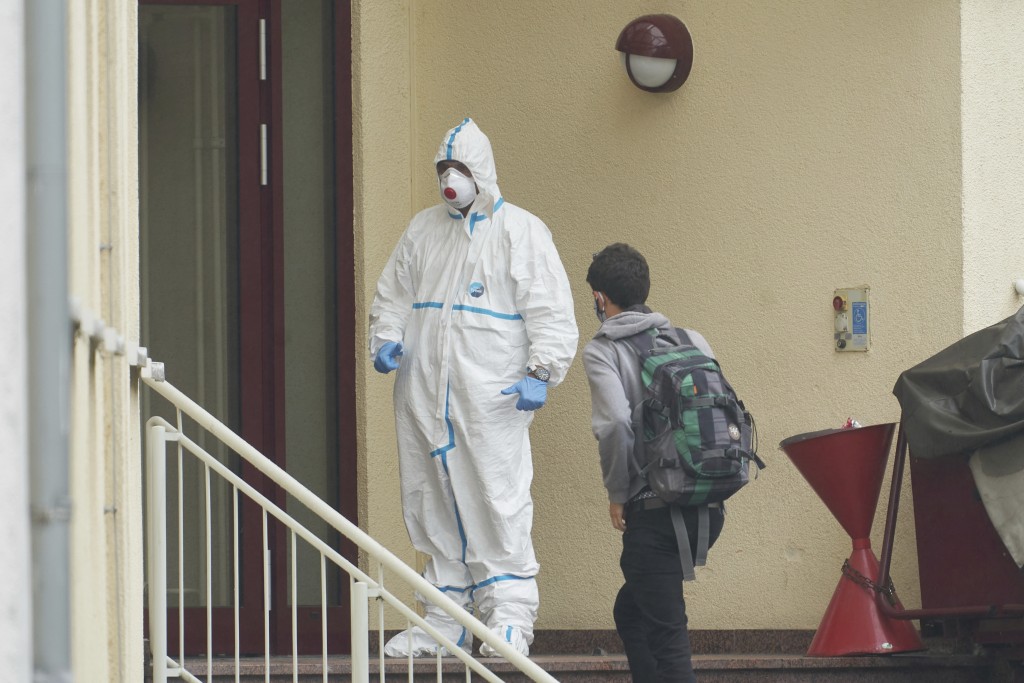 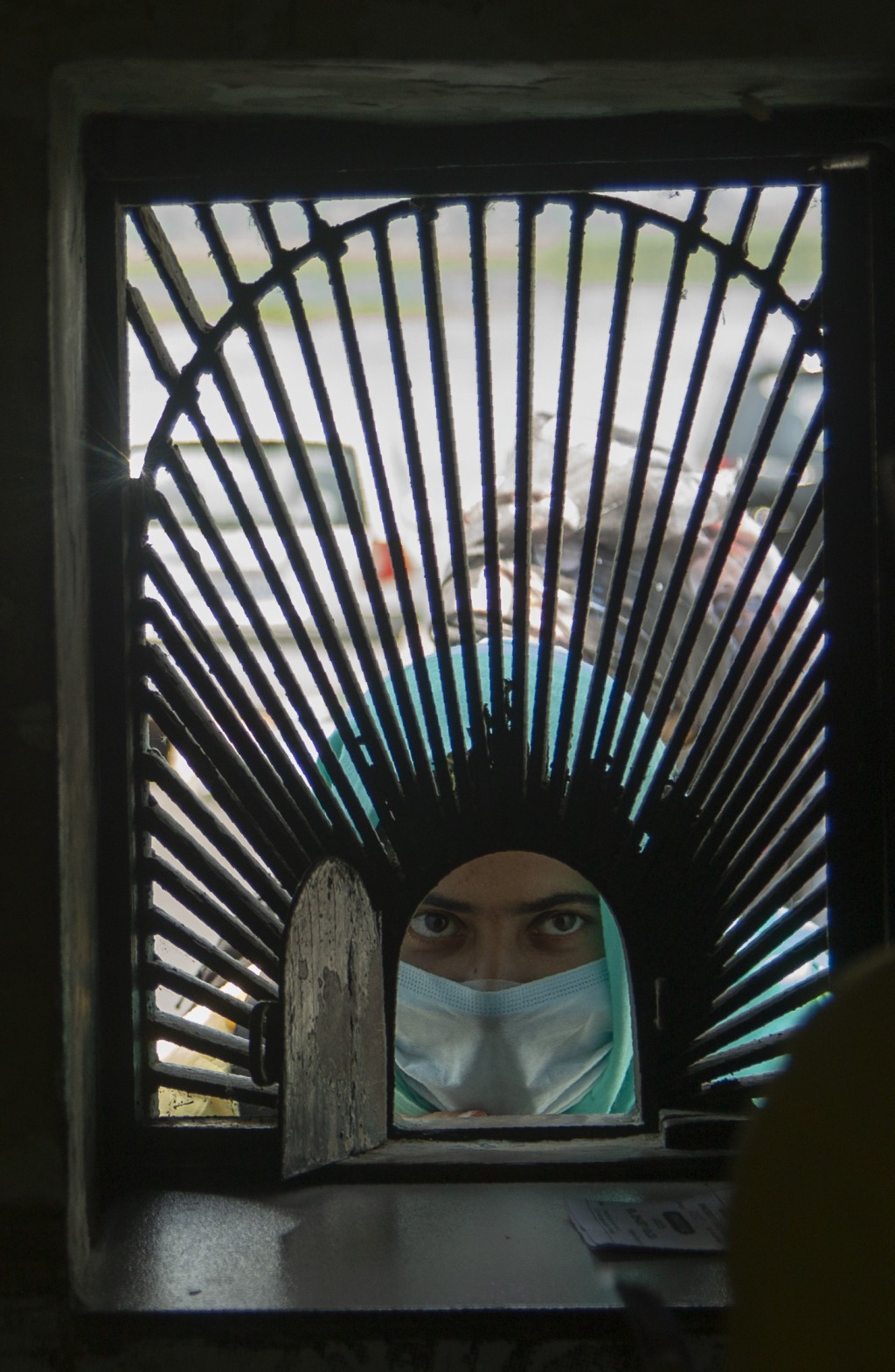 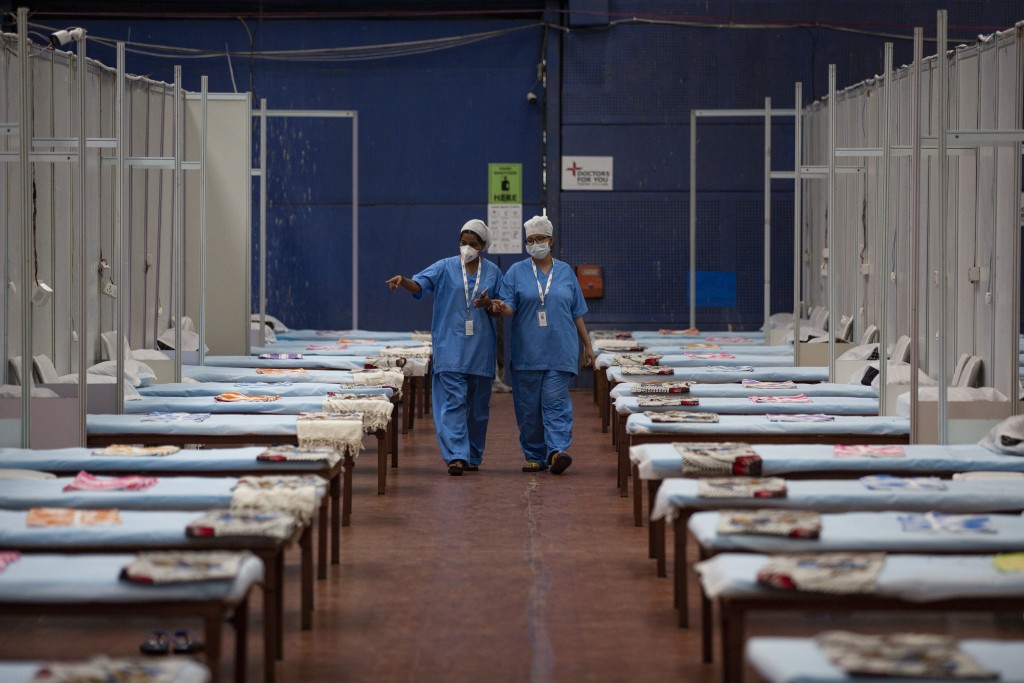 The outbreak of the coronavirus has dealt a shock to the global economy with unprecedented speed. Following are developments Wednesday related to the national and global response, the work place and the spread of the virus.

TRAVEL: Choice Hotels is confident that its business will benefit from its emphasis on leisure travel amid the travel industry's recovery from the pandemic. The company, whose brands include Comfort, Quality Inn and EconoLodge, said in an investor presentation that leisure travel makes up about 3/4 of its room nights and it has limited exposure to convention and group business.

While essential workers, government, trucking, logistics and construction business travelers have continued to stay at its brands during the outbreak, Choice anticipates being able to capitalize on pent-up leisure demand, citing its more than 2,000 domestic properties located near beaches and national parks. The company said that 90% of its properties are in “drive-to" locations, with more than 4,000 of its domestic hotels within one mile of a highway exit.

— Indonesia expects to resume foreign arrivals to Bali in September.

Bali Governor I Wayan Koster said that the tourist island will be reopened for the first time on Thursday for local people and foreign tourists who have been stranded on the idyllic Southeast Asian island due to pandemic.

Koster said the island will reopen for domestic tourists at the end of the month, with “strict health guidelines” in place.

— Web traffic for major cruise lines does not appear to be improving. JP Morgan Securities analyst Brandt Montour said in a client note that data from SimilarWeb shows total volume — which includes desktop and mobile visits — for Carnival, Royal Caribbean and Norwegian Cruise Lines tracking down 74% year over year, which is near the lows to date.

Montour said the decline is not surprising, given the cruise operators have mostly stopped marketing efforts, but it does contrast with recent operator commentary that bookings are getting less bad. The analyst said this indicates that new bookings are mostly coming through travel agents.

“We plan to watch web traffic closely from here as a potential leading indicator of new-to-cruise travelers re-engaging with the industry/product," Montour wrote.

HOUSING: Home buying is heating up, despite the pandemic. Seasonally adjusted purchase applications rose 5%, to the highest level in nearly a month, according to data from the Mortgage Bankers Association’s Weekly Mortgage Applications Survey for the week ending July 3. The figure is up 33% from the same week a year earlier.

GOVERNMENTS & CENTRAL BANKS:— The leaders of Italy and Spain are urging fellow members of the European Union to agree next week on “ambitious terms” for a recovery fund to shore up the pandemic’s economic fallout.

Southern European countries are pressing for a no-strings-attached approach in the EU’s recovery fund that will be discussed at a meeting of the bloc’s 27 members on July 17 and 18. The 750 billion-euro ($849 billion) fund drawn up by the EU’s executive commission is made up mostly of grants, something opposed by countries dubbed as the “Frugal Four” — Austria, Denmark, the Netherlands and Sweden — which are reluctant to give money away without strings attached.

Italian Prime Minister Giuseppe Conte said that the EU can’t take a cautious path in its response to the pandemic because that would endanger the union’s common market and economy.

Spain's Prime Minister Pedro Sánchez, said that the planned fund could be “historical” and comparable to the significance of the EU’s foundation or the establishment of the euro currency. He said consensus among EU leaders was needed no later than this month.

MARKETS: Global stock markets were mixed Wednesday as uncertainty over the coronavirus pandemic sapped the buying enthusiasm that has been driving prices higher.

DINING OUT: UK Treasury chief Rishi Sunak wants people in Britain to go out for dinner — so much so that he’s willing to pick up part of the tab.

In delivering an economic update amid the COVID-19 pandemic, Sunak has offered Wednesday what he described as the “Eat Out to Help Out,’’ discount for August. Meals at participating restaurants will be 50% off, up to a maximum discount of 10 pounds ($12.50) per person.

The idea is to protect the jobs of some 1.8 million people who work in restaurants, cafes and pubs.

LOCKED IN & LOADED: Ammo Inc.’s call center generated $10.6 million worth of purchase orders in June. The ammunition and munition components maker said Wednesday that the center, which began operations on April 1, has seen better-than-expected demand during the pandemic.

Since the call center’s opening, it has generated more than $21.5 million worth of purchase orders, shipped over $5.1 million worth of ammunition and currently has a backlog of $16.4 million. The average order size ins $28,000.