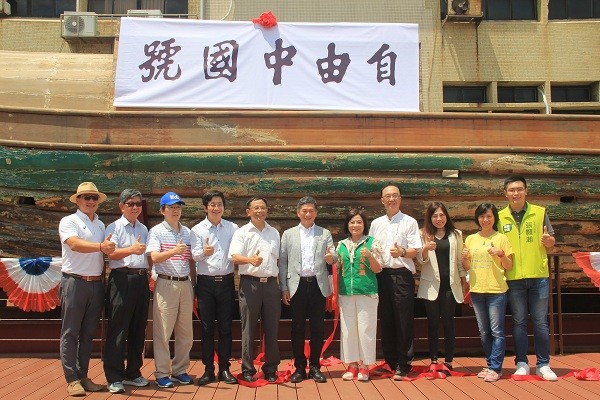 TAIPEI (Taiwan) — The first Taiwanese sailboat to have crossed the Pacific Ocean 65 years ago has finally found a new home at the National Taiwan Ocean University (NTOU) and will be displayed there from Wednesday (July 8) after having idled at the National Museum of Marine Science & Technology (NMMST) since 2012, when it was transported back from San Francisco, California.

NTOU president Chang Ching-fong (張清風) said that the university transported the historic sailboat named “Free China” back to Taiwan in 2012, ending its 57-year vacation in the United States.

Chang explained that according to the original plan, NMMST was supposed to exhibit the wooden sailboat, but for various reasons, it ended up stored on a lot outside the museum under a tarp.

He said that with the support of the Ministry of Culture (MOC), NTOU has taken over the century-old “Free China” boat from the museum and transported it to the university’s campus to be displayed.

NTOU said that “Free China” is a traditional Chinese-style sailboat believed to have been built in the 1890s by a shipyard in Fuzhou, China according to ancient methods. The boat is 21.3 meters long, 5.2 meters wide, and weighs 43.17 tons, according to reports.

The legendary story behind the boat began when Paul Chow (周傳鈞) and five other young men raised funds to purchase it for the purpose of participating in an international sailing race from the U.S. to Sweden in June 1955. They set out from Keelung’s Zhengbin Fishing Harbor (正濱漁港) in April of that year; however, they failed to arrive in time for the competition, reaching San Francisco after 114 days.

Nonetheless, they made history. The sailboat became the first wooden Taiwanese vessel to have crossed the Pacific. 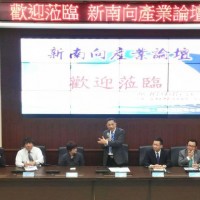