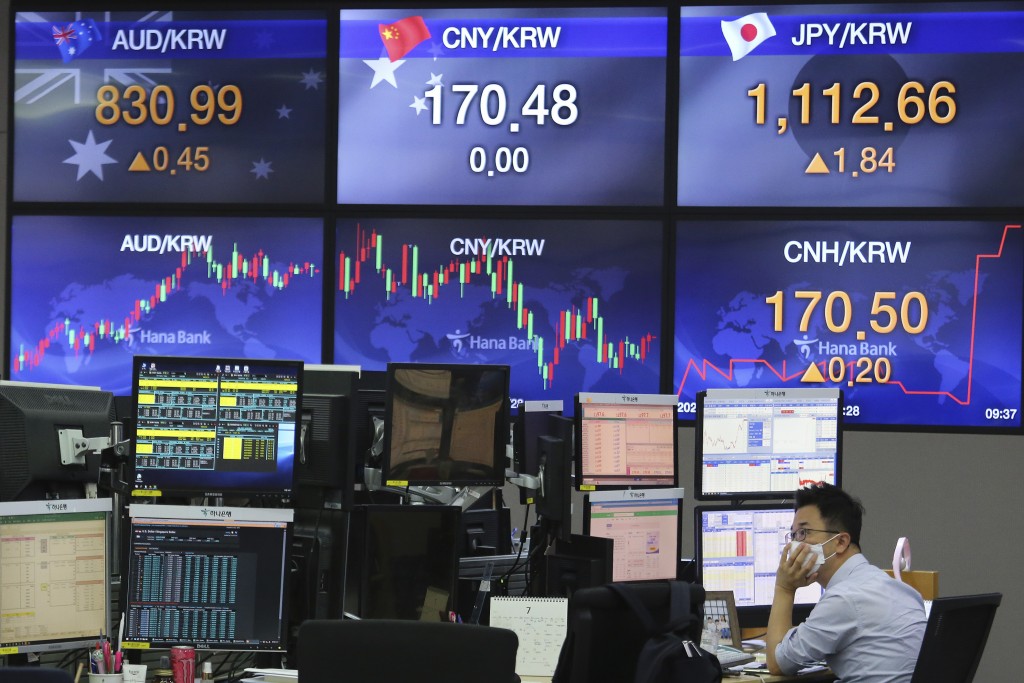 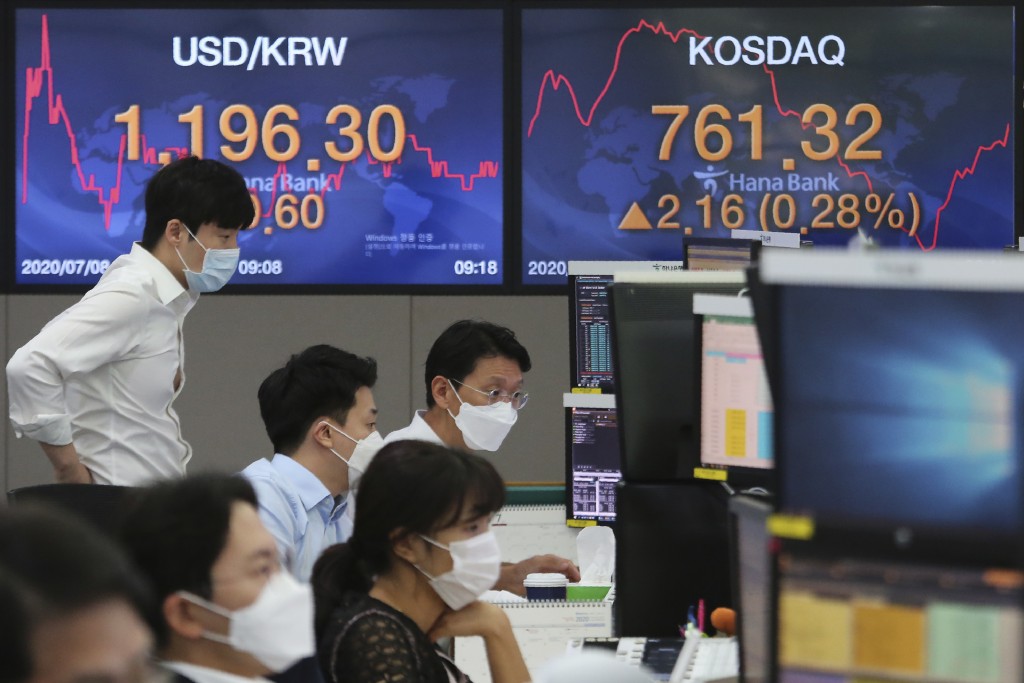 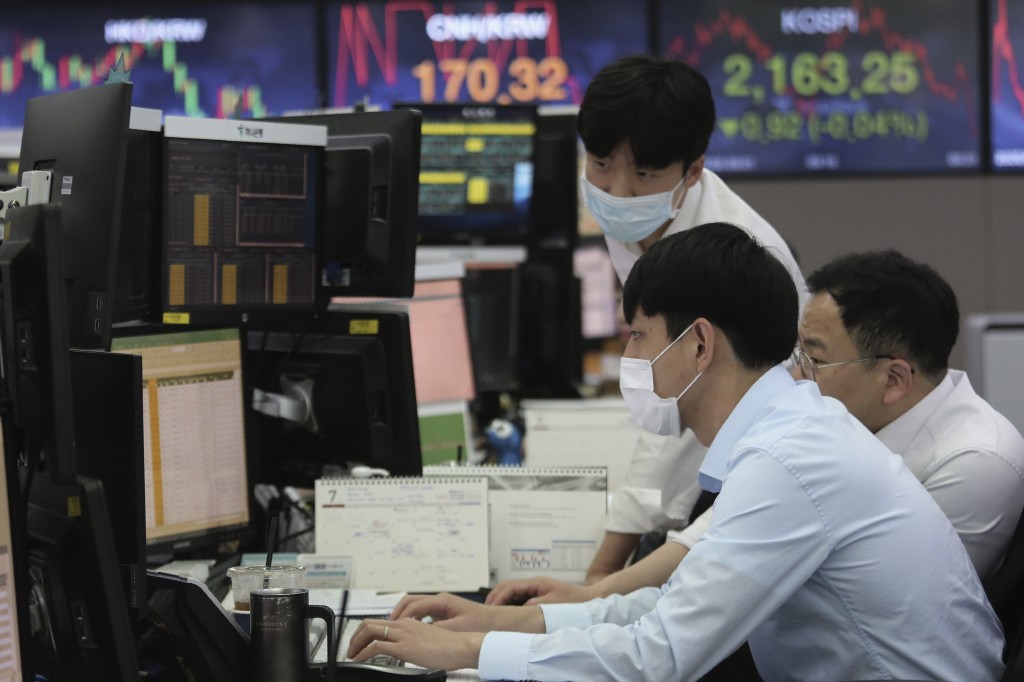 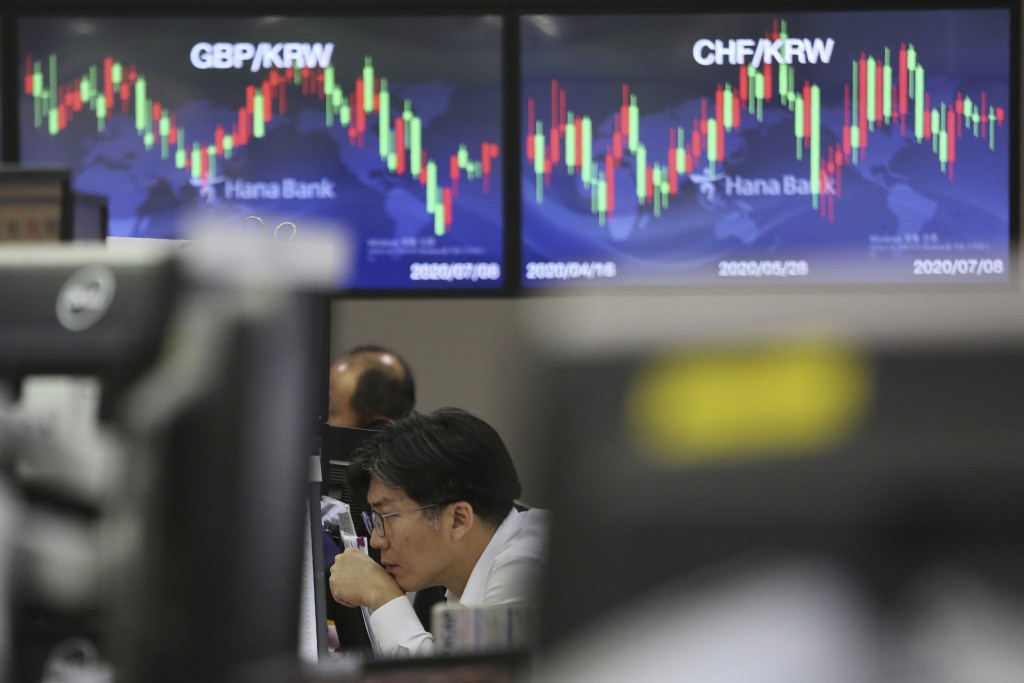 TOKYO (AP) — Shares were mostly lower in Asia on Wednesday as uncertainty over the coronavirus pandemic sapped the buying enthusiasm that has been driving prices higher.

The selling followed a deeper pullback on Wall Street and in France, Germany and elsewhere after the European Union’s executive arm said this year’s recession caused by the pandemic will be deeper than forecast. It also said next year’s expected rebound could be weaker than expected.

Given the current murky outlook, investors are likely to cash in on recent gains, analysts said.

“Investors are trying their best to look through the knotty COVID-19 economic entanglement. Still, you can see why they might be more prone to booking some profits on upticks,” Stephen Innes, chief global market strategist at AxiCorp, said in a report.

The S&P 500 fell 1.1% to 3,145.32 after spending most of the day in the red. The sell-off snapped the index's five-day winning streak. Technology stocks, banks and companies that rely on consumer spending accounted for a big slice of the slide, which accelerated toward the end of the day.

Optimism that the economy is on the mend as businesses reopen has helped drive stocks higher. But the recent surge in new coronavirus cases has clouded hopes for a relatively quick economic turnaround. Investors are also girding for what the next few weeks will reveal about the health of corporate America as companies begin reporting their second-quarter results.

“It’s not unusual for these five-day runs to be met with a bout of profit-taking, especially given the headlines on the virus,” said Quincy Krosby, chief market strategist at Prudential Financial. “When you move toward overbought conditions it doesn’t take much for the market to burn off some of the froth.”

The U.S. stock market has been churning over the last month, with big daily moves up and down keeping it roughly in place. It’s been a small-scale version of the market’s movements since the start of the year, when a nearly 34% plunge on worries about the pandemic-caused recession quickly gave way to a tremendous rally that brought the S&P 500 nearly back to its record level.

Unprecedented amounts of aid from central banks and governments around the world are helping to prop up markets.

“The economic data that has come out over the past couple of months has actually beaten even the most optimistic economists, so in that scenario it's not surprising to see a euphoria-driven rally in the market,” said Megan Horneman, director of portfolio strategy at Verdence Capital Advisors.

But pulling markets lower on the other end are worries that the optimism is overdone. The pandemic isn’t going away, with infection levels worsening across wide swaths of the U.S. South and West, among other global hotspots.

Underscoring the fragility in Europe, industrial production in Germany rebounded by less than economists expected in May, and remains far below levels from before the pandemic.

Benchmark U.S. crude lost 16 cents to $40.46 a barrel in electronic trading on the New York Mercantile Exchange. It slipped a penny to settle at $40.62 per barrel after earlier flipping between losses and gains on Tuesday. Brent crude, the international standard, fell 12 cents to $42.96 per barrel.