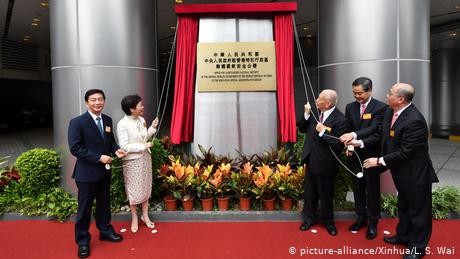 China on Wednesday inaugurated the new headquarters for its security agency in Hong Kong, a week after imposing a controversial security law.

The Metropark Hotel in Hong Kong's bustling causeway bay will now serve as the new base for the agency, though details about the new office are not yet known.

According to an AFP reporter, a plaque with the security agency's name was unveiled in the presence of the Hong Kong government and police officials.

Beijing imposed a draconian security law on Hong Kong last week, targeting acts of subversion, secession, terrorism and foreign collusion — measures that could be used to squash dissent on the territory.

As part of the law, mainland China's security agencies are authorized to operate openly inside Hong Kong, with the power to investigate and prosecute crimes against national security.