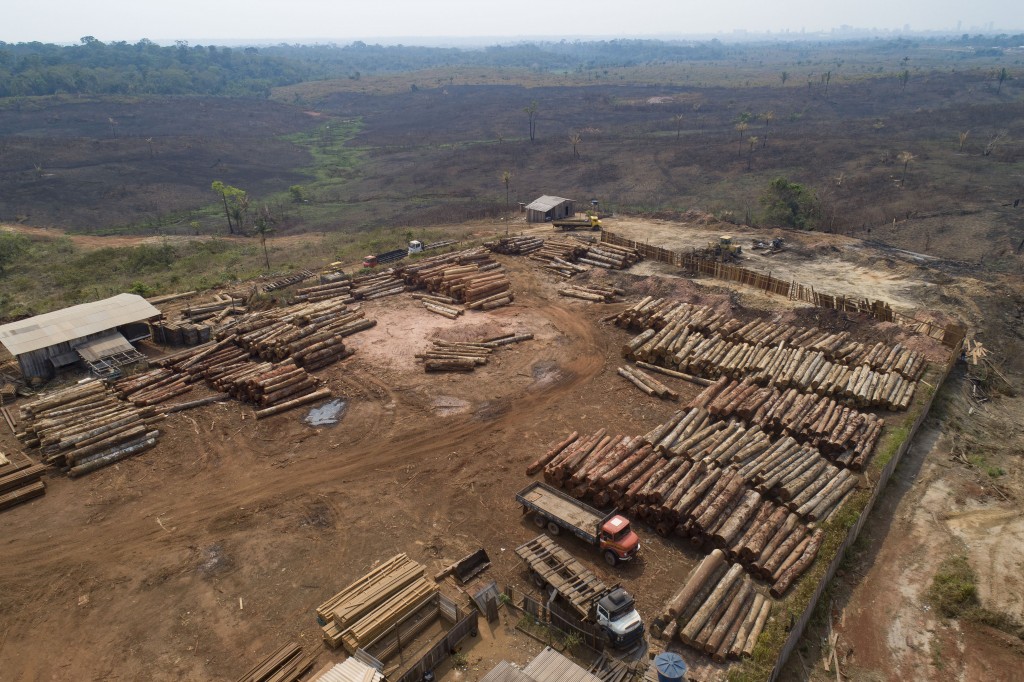 RIO DE JANEIRO (AP) — Dozens of Brazilian corporations are calling for a crackdown on illegal logging in the Amazon rainforest, expressing their concerns in a letter Tuesday to the vice president, who heads the government's council on that region.

The letter to Gen. Hamilton Mourão said the country's business interests are being hurt by the "negative perception of Brazil’s image abroad in relation to socio-environmental issues in the Amazon.” It urged that immediate actions be taken to allay the negative reactions of foreign investors and consumers.

The letter was signed by the Brazilian mining giant Vale, the Ambev brewing company, Itaú bank and dozens of other companies. It was also sent to Brazil’s prosecutor general and the heads of the Supreme Court and both houses of Congress.

The plea was the first collective action by Brazilian business leaders in urging the government do more to protect the environment.

President Jair Bolsonaro took office in 2019 with pledges to unlock the riches of the vast Amazon and has repeatedly opposed large territories being reserved for Indigenous peoples. As a result, some members of European legislatures have said they would vote against ratification of a free-trade deal between the European Union and the Mercosur customs union that includes Brazil, which was signed in June 2019 after two decades of negotiation.

Deforestation in the Amazon increased 22% in the first five months of this year, compared to the same period of 2019, the government agency that monitors the rainforest reported June 6. The government also came under international criticism last year over widespread fires in the Amazon.

Bolsonaro disputes the contention that his government is not taking care of the Amazon. He said at a Mercosur meeting last week that his administration will continue discussions with various parties to detail the "actions that we have taken in favor of the protection of the Amazon rainforest and the well-being of the Indigenous populations.”