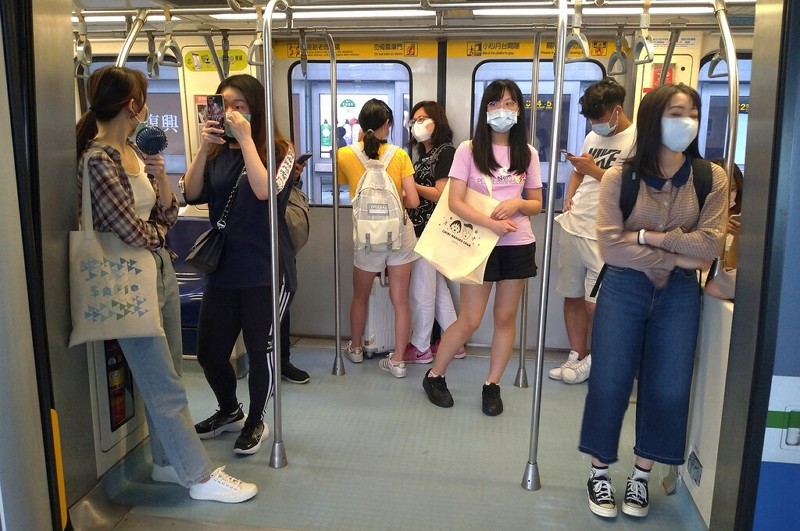 TAIPEI (Taiwan News) — Members of the public in Taiwan are cautioned against letting their guard down amid a mitigated coronavirus threat as influenza cases surge, alarming medical experts.

Pai Yung-chia (白永嘉), an emergency room doctor at the Hsinchu MacKay Memorial Hospital, shared his worries about the recent surge in influenza cases in a Facebook post on Tuesday (July 7). Expressing concern about the rise of patients contracting the flu and those developing fever, he urged people to stay vigilant by putting on face masks in crowded spaces and to wash hands frequently.

His view was echoed by another medical worker, Facebook user Emily Wu, who commented that the hospital where she works is receiving complaints about the still rigorous controls in place over the rules for visiting the sick. People were upset about the “trouble” the hospital has caused given the loosening of many disease prevention restrictions at the national level, she said.

Taiwan has gone 85 days without local infections as of July 7, with the caseload standing at 449. Nevertheless, the COVID-19 virus remains a potent threat as a resurgence of outbreaks is reported worldwide. Globally, confirmed cases have surpassed 11 million as of July 7, according to a tally by Johns Hopkins University.

Taichung Mayor Lu Shiow-yen (盧秀燕) called for a revisiting of the country's reopening measures at a city executive meeting, reported UDN. Over the past month, the city in central Taiwan has seen the number of people placed under quarantine soar to 1,811, topping the whole country and creating a burden on health and civil agencies, she noted.